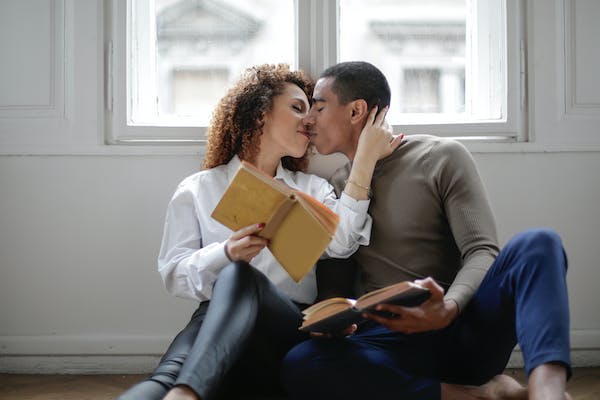 Alexandra Munchunt is a woman who normally does things by the seat of her pants. She never had to worry about responsibilities that people of her age normally had to.

At the age of forty and looking every bit as if she was in her thirties, she had graced the cover of a well known fashion magazines. Once her father had passes away, she became the soul owner of a jewelry company. In the will, it said it was actually left to her husband, her father had hoped for. Her father did not believe she had a head for business but she proved him wrong and has been running the, “Munchunt Co.” for over seven years.

She does have a problem though. She has a sticky fingers. Which brought her into the predicament that she was in. She accidently borrowed a rare jewel from the sheikh of Dubai. She did not realize that it was a jewel that was given to him by his dead grandmother. Now he has made it a mission to retrieve it back from her.

She would gladly give it back but he was not known to be forgiving and she feared that he would take the hand or her life for her thievery.

Alex decided to go to an old lover, Barry Walter and see if he could get her out of this problem.

Walking into Barry’s office she knew he pulled out the best for her. His assistant Jose was exceptional at anticipating what was needed at the right moment.

She noticed that Jose looked a bit annoyed.

“Jose is there a problem?” she asked startling out of her thoughts. Which was a definite sign that she was not her self.

“Oh no I am sorry Miss. Muchunt. Mr.Walter’s is waiting for you.” Giving her a smile that she knew that was not genuine.

“Miss. Muchunt? I told you to call me Alex. Now I will not step one more foot inside without you telling me what has created that unibrow on your normally attractive face.”

Jose looked at her with a stunned by her statement. ‘Maybe that was too much?’ Alex thought.

At that moment Mitchel walked in with his usual GQ look and Jose’s unibrow reappeared.

“Where were you Alex? You wanted my help but I could not find you.” He said low and through clenched teeth.

He just looked her over again and did not reply. Alex watched the exchange between the two. She wanted to laugh due to the obvious chemistry that was bruing that neither one of them care to admit.

The door to Barry’s office opened and there he was. Barry Walter all of forty five and still looking as mouth watering as ever. Too bad he was off the market.

“Alex please come in.” He said with a smile.

“Mitchel wait out here for me and stop staring at her as if you would put her over your knee and spank her.”

That statement took Jose out of her sour mood and made Mitchel loose his train of thought.

“Barry thank you for seeing me today….” Alex said as she walked into the office leaving the two to hash out their differences.

“I am going to kill Alex when we get in the car. Why would she say that to that, that assistant of Barry’s?

“Would you like some coffee or tea while you wait?” she asked with no real inflection in her voice.

He knew no office was that stocked and he wanted to annoy.. what was her name again?

To his surprise she gave him exactly what he asked for and it was at the perfect temperature.

She went to her desk and started busing herself so she would not have to look at him.

“Listen I may have come off a bit abrupt and I apologize for that.” Not that he wanted to apologize but he was not mad at her, it was more towards himself for doing this favor.

Jose looked up and her eye’s still seemed a bit strange to him. Not natural in the least.

“Forgive me but do you have issue’s with your eye sight?”

He noticed that she looked away from him quickly. She bit her lower lip deciding whether or not to tell him.

“I do not have an issue with my vision but I have one blue eye and one brown and it tends to draw attention I do not want.”

Mitchel looked at her envisioning how would she look like with the one blue and one brown. She had attractive features. Soft jaw line. A perfect pout that she brought to life by nibbling on them. Nice length of hair that would be perfect for… Before he could finish his train of thought something loud crashed and it came from Barry’s office.

Mitchel went straight inside to see Barry laying hunched over a chair and Alex no where to be found. Mitchel checked Barry to see if he was breathing and he was.

“What did Alex do now?” Mitchel said out loud not realizing that Jose could hear him. He also did not notice that the assistant was bending over picking up a piece of paper.

“I think you should call the police. Alex has been kidnapped.” She said to him in a calm tone.

Why did she have to be here today? Not only did she grit her teeth and dealt with Sir Mitchel professionally and answered his probing question. But now she was involved in a kidnapping.

“Give that to me.” He demanded.

Jose walked over to him and gave him the paper. then she went to the phone to dial the police.

“Put the phone down.”

Mitchel snatched the phone out of her hand and hung it up.

“You are not the police.”

With that said he left her to take care of a now moaning Barry. She was really getting tired of Sir. Mitchel.

‘I’m better.” She said under her breath.

I hope you are all liking this new post. If so let me know.Comment and follow. Until next we burn up the page. Fia oxox