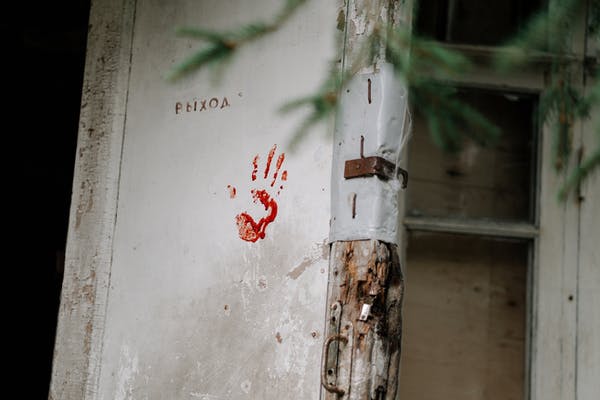 Everyone’s story always beings either in the morning or at night. Mine began when the sun colored the sky blood red orange. An occurrence that happens every hundred and twelve years.

I was inducted into the coterie at age twenty, or was it twenty one? I really do not recall. At this moment the point is mute. What is really important is the here and now and watching the flow of this precious red fluid drop onto the cold tiled floor.

I would not care if all the blood flowed out of this idiot but I made an ill fated promise to keep this particular idiot alive until dawn and I keep my word.

” Jacqueline the sun is rising, why don’t we keep him hidden until later?”

She was in a serious blood hypnotic state, that new turns could not normally break. Angelica was no new comer and she is the best to drain a body dry.

“That sounds like a good idea. Let us put him in room 212. No one goes down there. They think it is haunted by all the people I killed over the millennia.” She smiled showing a bit too much fang.

Did that bit of information run a chill down my spine? Yes. But will she ever know that? No. She would from time to time say things to get a rise out of me and only once did that work. That was one of the worst day’s of my born again life. That I have ever experience. You may have noticed I said born again, as if I was chirstian. On the contrary there is not one religious bone in this body.

I just like telling the truth and the truth is if you come back for the dead you are born again, right?

Angelica and I managed to move the blood bag down the hall to room 212. listen to his breathing which was shallow and the pulse was faint. He would be good in a couple of hours. I began to formulate a plan on how to get him out.

” Put him on this bed over here.” She said as walked towards it.

“How many more of these do we need? I’m getting tired of curbing my appetite.”

We dropped him on the bed and she turned towards me with her red lips and descended fangs showing that she was willing to give me what I would need. Little did she know, what I need is waiting for this piece of shit, before he would give himself completely up.

Angelica’s pheromones were irritating my senses. She gives off a strong aromatic scent of ammonia and that is not sexy at all. Her age of 118 was not a turn off since before I was reborn I was attracted to older sexes. There are certain qualities that I do not like, even if I did choose her. She possess one of those qualities ei: women should not smell like ammonia.

Women should have some iota of how to entice and not just give it up. Finally a woman a real woman would realize that being a predator, we love the chase. Easy is not pleasing.

It seems she never learned that in her second life.

“What? I don’t do it for you? I will eventually I always get what I want.”

“Is that a threat?” I asked calmly but my eyes showed a different emotion. Angelica knew she stepped over the line with me but she was to proud to admit it.

“No it was not a threat. Just bestowing onto you what I already know.”

I had enough of her. “I will return I have to get to my accueil. No draining until I return.”

She nodded and followed me out of the room.

(Hey their my lovelies. Here is a new story to sink your teeth in. Fire is always burning in my brain to give you new story content. It Vampire time. Let me know if your ready for it. Until next time. Fia xoxo)