(Be advised this is not for viewers under the age of 18. To read on your consenting that you are. Enjoy) 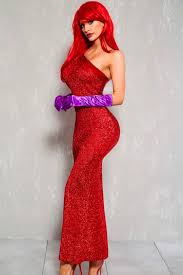 What would you do when your friend has a girl that you know should be yours? I’ll tell you what I did. It was wrong, but it felt so right.

It happen two summer’s ago. My best friend Jerald came back into town after spending a year at California University. He walked into the “Burger Joint” with this girl who can only be described as handcuff material.

Normally everyone paid attention to Jerald because he’s got that attention-getting vibe about him. Also being six feet, built and have blue-green eye’s was hard not stare at. since it clashed with his dark complexion.

No my attention was all on her. She stood exactly six feet, wild cherry bomb hair and glistening moist red lips to match. The first thought was “holy shit, batman.”

“Hey Denim, what’s going on?” Jerald asked as he grabbed my hand and gave the customary hug.

“Same thing as always. Who this with you?”

Yeah this was not going well at all.

The rest of the time we were there I tried my best to keep my attention on Jerald. But became harder every movement she made. Not only is she tall, so mind had those legs wrapped around me in one way or another. But she was no were near mosquito bite city as my dad used to say.

I must have adjusted myself several times before I could not take it any more.

“Excuse me guys if you don’t mind. I have to go back to the hotel and get some rest. I’ll see you later Jerald.”

Now this is what really started the balls rolling. She leaned in and gave Jerald a deep kiss and she opened those hypnotic eyes and stared dead at me. I felt like I was going to shoot off in my jeans. I grabbed my glass of water and downed it as I turned my head an looked out the window.

She stood up and waved bye. I used some serious control not to watch her leave.

“Man Jerald you are lucky to find a chick that looks like that. Oh and she’d so into you.”

Is he serious? Tina, his old flame, Tina?

“She moved away. Not sure how’s she’d doing or care. she was no good and you know it. You have Jo now.”

“I’m not sure to tell you the truth.”

“Nothing. I think that’s what’s wrong.”

Jerald had this hero complex.

“Man don’t do anything stupid, for Tina. She’s gone.”

It took two day’s of ninety degree weather before Jerald got into an argument with Jo. He took off the see a couple of relatives on the island and left me to baby sit Jo. I know I was being tested.

She wore a skirt that was so short, I tell she was wearing a thong and a halter was barely keeping her contained.

“What’s going on with you?”

“Listen he’s your friend how would it sound me talking about him? I need to go back to my room. Since you have to watch me come on.”

We made it to her room where she pulled out her duffel bag and started packing.

“Oh man where are you going?”

Jo walked over and stood before me and I tried my best not to get hard. But it does have a mind of its own.

“So Denim, what’s your deal? Your acting like a saint.”

“I’m far from it. Just trying to be a good friend.”

“I’m hurting, can you look at it and see if there is anything wrong?”

“Look at what?” as I swallowed a drop of saliva.

Jo went to the edge of the bed laid back and spread her legs for me to see that her pussy was glistening with out any stimulation.

“We are not married and I need help. Or you can direct me to were you see I need to take care of it.”

Who am I a saint? No I am not. I locked the door and went straight in between those long legs and licked her core like it was melted ice cream. I delved in with two fingers and she begged me to put in a third. No that was it. I need to be in her. I jerked off too many times since she’s been in town to her. I had to feel her around me.

It was bad enough she tasted and smelled great. But my dick was killing me against my jeans.

“Here, she reached in her bag and pulled out a strip.”

Once it was on, I dove right in. She felt tight and wet. Normally i would have taken my time to go in but she was primed and ready. She reached behind her thigh while I was consumed with pumping inand out of her and held my sac in her hands. She was squeezing and letting go as if she playing with a stress ball.

“Yes, yes.” she cried and she came hard bathing me in her sweet scent. I released my load in her that was going to end up in the shower later.

“That was intense. Your ready for round two?” Jo asked as she still held on to my sac.

There was something about her but recovery time was quick. I mean normally give me five minutes. Nope. maybe it was the sight of her breasts over her top and perked up nipples. Or the fact her massaging my nuts was amazing. Or maybe she felt like a desert I could not get enough of. Don’t know why but hell yeah I was ready.

I took her from behind, I took her sitting on the dresser, I took her on the carpet(serious rug burns) and finally I took her in the shower.

After we gotten dressed, jo looked at me and said,” I knew I would have fun in New York.”

She leaned in and kissed me the way she kissed Jerald that day. Deep and slow. The kiss itself was the beginning of wet dreams.

Then she left. When Jerald came back to find the room empty, he seemed a bit relieved.

I never understood at the time why, but two day’s later there was Tina under his arm.

You may wonder if I ever told Jerald. Yeah I did. Twenty years later. Couldn’t hold it in any longer. The guilt was eating at me. Not!