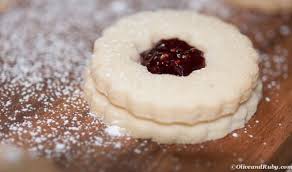 For twenty one years and nine months his heart beat in a steady uninterrupted pace showing evidence that the abomination is alive. Yet the two women who were chosen to raise him did not do what was required of them. They never told a soul. Now the task was given to Ina. A being who’s life’s purpose is to observe and never intentionally interfere with another’s path in life.

“Ina what is the deal? You do not need my help serving the swamp people. Besides their slimy.”

“Creya he was not told of his quest. He honestly does not know what is to become of him.”

Creya heart sped a bit from the information. “What are we going to do?”

“I am not supposed to interfere.”

“If you don’t my suggestion.” Mojuno, one of the swamp pixie said.

“What do you suggest?” Ina asked as she listened closely.

“The truth can be told in the blood.”

Creya stood there with her eyebrows raised. “So are you volunteering?”

The pixie walked off eating a piece of the bread that Ina just brought out.

“She’s right but it can not be mine. I know to much I can not sift out the information.”

“Well I’m in the same boat. I know allot as well.”

“No you are perfect. You’ve lived only one life cycle. sifting out the information that is not needed would be easy.”

“Easy for you.” Creya said as her face shown how the whole idea of giving her blood disturbed her.

“Enough. You will do this. We will have it by morning. Now go back to the kitchen and get him to go to bed.”

“I protest this whole heartedly. My blood is precious to me.”

“Everyone feels the same but this is the part you are given, in his path.”

A cup and a half of self rising flour, a spoon of sugar, a drizzle of almond extract, a quarter size dab of butter and mix. The base was done and baking in the oven. The look of the wicked knife going towards Creya unmarred arm had her pulse racing.

At first nothing then the burn came as her precious blood fell into the mixing bowl. Once there was enough Ina spat on the wound sealing it immediately.

“Shhh.” Ina said as she whispered words that have not been heard for a millennia. The blood bubbled and burst. Giving off puff of smoke. Once the blood was at the perfect consistency she scooped out a tablespoon size amounts and placed it in the center of the cookie.

“Blood Cookie’s. It holds one tale in each. The same tale mind you. Jan will have to eat one of them and he will finally know what has been hidden from him.”

They both looked at the creation not knowing what the morning for Adorjan will be.

The sun rose quickly, but Adorjan did not. Creya walked into his room with a tray of coffee and cookies. She placed it on the bed stand next to him.

“Jan wake up. I don’t have water with me this time to splash on you.”

He smiled at the memory of last night.

“Why are you always near me when I am sleeping?”

“Oh, just get up and have some coffee.” She said as she walked towards the window and looked out at the people passing by.

Adorjan drank the coffee but was not ready to eat cookies. He really did not like sweets. Creya turned noticing that he did not take one.

“You need to eat at least one cookie, so I wont have to lie to Ina about you liking them.”

He picked it up and looked it over. “Is this raspberry filling?”

She hated lying in general. “Just eat it. Jan do you question everything?”

He smiled at her and ate it whole. The cookie was sweet but it was not raspberry. He drank the coffee to wash the taste down.

“That was not…not” The room began to spin.

“Sorry, Jan but you had to know. Just rest now. You’ll wake soon enough.” Creya rest head on the pillow then took the cookies and coffee away.

The sun couldn’t have risen fast enough for Mimi. Abella had went to her chambers to bed for the day.

Mimi managed to get to Paul, the errand boy. He was about to leave to get supplies for the kitchen staff.

“Paul go to Michael and tell him the sun is covering the moon.”

“What is that supposed to mean?”

“Alright Mimi. But you can be so odd some times.”

Mimi ran back into the house making sure that no beast noticed what transpired. She knew that  a spy can come in all forms. All forms of creature can be enlisted as one.

“Mimi where have you been? I had not seen you in ages.”

“I have been around.”

“Do you, Cleo?” Mimi said as she walked past.

“No, he’s a bit to young. You know what I like.” Mimi said as her hand caressed her cheek.

“Oh I’ve been interested. Just too much cake make you sick but cake in appropriate moderation increases the delight. Mimi leaned in and captured her lips making sure to nip her. She loved the taste of blood.

So my lovely fire starters. Adorjan will finally learn what was kept from him and Mimi was almost caught. How are you liking it so far? Please Like and tell me if your enjoying this series. Until next we meet Fia xoxo