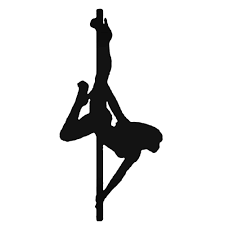 Can I be a stripper Carlie Story Part 2

So my mom is the hospital and I have rent to pay. My minimum wage jobs is not going to be able to get me out of this hole. So I made up my mind that I would strip a couple of times just to see if that will ease the stress off me

I called the number and the same guy answered the phone. That voice is amazing. He told me to come in at seven to fill out the paper work and ready to dance.

The first thing that came to mind is “What the hell am I doing?” I have no idea what to do. What to wear and how long am I supposed to be there. I must have talked myself out of it five to six times. Even on the way there.

I did not tell Michelle or Joseph. I figure that there is no need to bring them into to this weird period in my life. I got there at six to watch the girls and see what they were wearing. I bought a matching bra and thong set which is modest compared to what I seen.

“Your early.” That voice. I looked up and I swear I was going to be sitting in a puddle. The man was hot. He gave me the forms to fill out and said to relax. He knew it was my first time so he wanted me to do one whole song and that was it for the night.

I agreed and ordered myself a drink. Not to get drunk just to put a little fire in my belly. I went to the dressing room and the girls there looked at me with daggers in there eyes. I changed into the out fit and the house mom walked over to me to give me the rules.

I felt like I was in catholic school. All the rules went in one ear and out the other. My focus was the stage.

I went on stage to a nice up beat song. Something I definatly could move to. Half way through the song I began to take off some cloths and Money started coming my way. I don’t know if it was the money, the music, or that little bit of liquid courage, but I danced two more songs that night.

I made six hundred that night and I was hooked. I watched the girls and I picked up a few tips and tricks. The manager, Mathew was impressed at how I just blossomed so easily on stage. He called me to his office and this is where I did not know who I was becoming.

Mathew sat there looking at me and when he seen I was getting uncomfortable with him staring at me. He finally spoke. “Carlie have you ever done a lap dance?”

My heart stopped. I never even danced until that night. Now he is asking about a lap dance.

“I’ll take your silence as no. Here, take this.” Mathew said as he handed me the number.

“That is Lettie’s number. Call her and she will teach you what to do. One rule, no prostituting on the premises.”

Once those words escaped his lips. I kid you not, I passed out. I did not realized I was holding my breath so long. When I came too I was in his arms and he smiled at me.

“It’s a shame I do not date strippers. Are you alright?” He asked.

My brain began to work again and I got up and left as quick as I could. So telling you all this is leading up to the grand finally. So if you have to use the bathroom go and then come back.