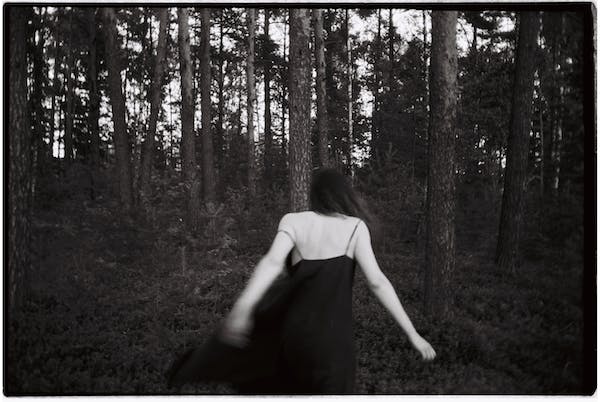 Can I be a stripper? Carlie Story. Part 1

This is for my non fantasy readers. I hope you enjoy Carlie stripper life. This should be without saying Adult content. 18 and over please.

If I would have known what I know now then, well maybe my life would have turned out differently. Yes we all say that and when I was younger I told myself that I would never ever say that.

I guess it’s time to tell the story and stop stalling. I’ll start out by saying My name is Carlie Winslow but my stripper name is Magic. Far from Carlie right.  Before for all come at me I will say it was my choice to be a stripper and no one else.

I am what you consider a tomboy so why would anyone ever think I could be a stripper. Honestly I never gave that a chance in hell as a career option. I am about five feet, six inches tall. Unruly auburn hair and dark brown eyes boarder lining on red.

As for my body? I’ll give your the specs. Bust 34, Waist 30 and ass 37. Skin tone is the color of coffee caramel. I have nice shaped lips, I was told and what comes out of those lips sometimes would get me in a world of trouble.

It was in august when my friend Joseph and Michelle asked me to go out with them to a new club that opened up on I-19. At that time I would rather watch the sports channel then to go to the club.

Michelle was getting ready , putting on lip gloss then spraying some body spay that tends to choke me every time she used it. Joseph was just waiting on her, sitting on the couch.

Let me tell you about joseph he is what you would call Your eyes are playing tricks on you. He is your down home country boy. Hetero from the get go. Body thick from working on his uncles farm. Hair naturally body waved and the perfect suckable lips a man could have.

I definatly did not believe him and Michelle was on hormone overdrive.

Joseph had sex with both male and female. He said honestly he likes both sexes equally. Till this day he has not shown me a film of his, but Michelle searched it out. She said that if she would have known what he had she would have givin him some in high school. Michelle is a horn dog.

Now back to me. They were getting ready to go out and Joseph looked at me and said,” If you do get up and change into something so you can come to the club. I’m going to put one of my films in.”

That had me jump up and grab a short shirt and sheer blouse set I was given as a gift. I pulled my hair into a manageable pony tail and put on sheer lip gloss.

Michelle wanted to add more. But I talked her out of it. We head out to the club and I realized it was a stripper bar. I wanted to run. They refused to let me go. My heart was pounding because I did not feel right being there. The music was great and once we sat down. I did not feel so nervous.

As the night went on I had a couple of drinks. Michelle said I had at least four drinks and five shots. The rest of the night was a  blurr but Michelle and Joseph filled me in.

I was dancing on the stage with the girls and the owner asked me to go the back room to audition. Joseph said he was laughing so hard that he almost pissed himself and Michelle was laughing just as hard. They said I was so upset that they were laughing that I went to the back room and danced for the man.

I must have impressed him because he afford me a job if I wanted one. At that point Joseph and Michelle dragged me out the club and took me home.

Now I’M going to skip a few days because nothing interesting happened after that. It was a Thursday night when I received a phone call from August. I do not know an august. so I answered it to say It’s the wrong number. When a voice so deep and sexy asked for me by name. I almost came on myself.

“Hello Carlie I was wondering if you were interested in dancing at the club.”

I was so embarrassed because I was just going by what my friends told me what happened. They did not tell me that I went in the back with him and took my cloths off. I almost died. I must have said something funny because he chuckled.

“Listen you dance decently and your body is toned and would drive any mans dick to salute. If you decide to dance come in fill out the paper work and we can get you going as soon as that night.”

He didn’t wait for a good bye he just hung up. I sat there with no words coming out thinking,  ‘I took my cloths off to a complete stranger. A stranger who voice is sexy as hell.’

I called Joseph and confronted him about me being left alone with a stranger to take my cloths off. He told me I was so combative that they just let me do it. The guy was on the up and up. that when he spilled the beans that he was in the room too.

I was going to die. Joseph said that if she did decide to do it that he would definatly be a customer. I stopped speaking to Joseph. Michelle was on my shit list and I decided to forget about the club., Until I was told my mom was in an accident and they had to keep her in the hospital under medically induced coma.

Do you know how much all that costs? So you guessed it. I went to the club and danced.

Hi all this is the intro to the story. It is a three part story and the third part is going to get graphic. Please comment and follow.