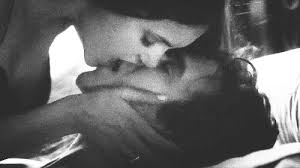 Day of Unpredictability(Explicit) One shot pop

If your read this you are stating you are over 18 and understand the adult content is not meant for a young audience.

When you wake with the thought of what had happened the night before and it is the only thing that is engraved in your mind. Then you know is was a night you will always remember.

Never to be whispered even in the most secluded places. She laid back on the plush bed with the satin sheets covering but reminding how tender her nipples were for the attention they were given last night.

Normally when a day starts out as hum drum. Then you would not do anything out of the ordinary.  So Teena decided that she had to break up the monotony and treat her self as if it were her birthday. She went to Victoria secret and bought two see through teddies and then she took her self out to the most expensive Japanese lunch she could afford.

She was escorted to a table near the back where she had a nice view of the customer’s coming in. She pulled out her new black berry and scrolled through her messages as she waited for her order to be taken.

“Excuse me miss are you ready to order?” A tall slender male waiter asked.

As I gave my order he looked at the bags I was carrying and smiled.

“What is so amusing?”

“Victoria Secret. I just thought of something I shouldn’t that’s all. I’ll be back with your order.”

What could possibly so funny about Victoria secret? He brought back my order and left. Occasionally he would return to see if every thing was to my liking. Once I was finished I had to ask again.

“Can you please tell me what was so funny?”

“Only if you don’t get offended.”

I agreed waiting for the joke.

“Well your here by yourself. Your have a black berry and a Victoria secret bag. That screams to me late thirties early forties. Yet looking at you look as if you’re in your twenties.”

“So your saying I am portraying an old person and that’s funny?”

“Yes. Obviously you did not by anything daring. I mean you have a black berry for god sake.”

She tried not to be insulted but it did sting a bit.

“So what do you suggest? Since You have the inside scoop on women.”

“I don’t but I know when women have not done anything daring and just follows the crowd. Now with that being said. Here your receipt and don’t worry I don’t expect a tip.”

He walked away leaving her a bit sideways. Victoria Secret is sexy right? Safe and Sexy. What ever it’s not like she has someone to see them any way.

Teena left feeling as if the day turned to shit just because a stranger read her.

She walked down the block and she seen the waiter leaning against a car drinking some kind of green juice and looking at his phone. She walked up to him and could not contain her anger.

“I bought Vitoria secret because I like it. I have a black berry because I choose to not follow the crowd. I don’t always play it safe so keep your judgment to your self.”

“Really? When’s the last time you enjoyed the company of a random male or female? Never right? Your safe and that’s ok.”

Teena was seeing red. She had just about enough from the waiter. She stepped up to him taking his face into both her hands and kissed him. Kissed him hard and desperately. As if every breath he had she consumed, leaving him with nothing just the feel of her tongue in its wake.

She pulled away watching his heated reaction and slapped him. He did not seem phased at all. But the crowd that stopped around them broke through the invisible curtain that was drawn around them.

Teena walked away with a smile.  “That showed him.”

When Teena arrived home she noticed that her phone was missing. The last time she had it was at the restaurant. She dropped her bags off and headed back to the restaurant. It was six and the place was starting to get packed for the dinner rush.

She walked in and went straight to the  counter.

“Excuse me I left my phone here.” Teena said to the woman sitting behind the register. She nodded recognizing her face she picked the phone and called someone to bring it to the front.

Teena waited five minutes before the waiter from earlier brought her the phone.

“You know the guys in the back have not stopped riding about what happened earlier. They seen everything.”

Teena gave him a look as if it did not bother her. She was pretty sure she gave quite a few people an eye full.

“Yeah, after you come with me.”

He laughed at the statement.

“Don’t worry about that. I don’t want to keep you. Just want you for…and evening”

“Did I offer to pay you? See the show was just a show wasn’t it? Your safe.”

Why did that word rub her the wrong way?”

“I don’t even know your name.”

What didn’t help was the way he looked at her. This is probably going to go down as one of many regrets in her life if she caved in to her fear.

“So are you coming?”

Teena nodded yes and he gave her back the black berry.

Bobby took Teena to a little place in the remote valley area. he lead her inside and it was beautiful. It had an oriental theme. With the vases and pictures of golden koi’s and geisha.

He turned suddenly catching her off guard and kissed her. This time he was in control. His tongue plunged in as deep as it could then he with drew completely.

“Before we go any further, do you have protection.”

He pulled out at least seven in a row. Teena walked passed him to sit on his sofa. It was soft leather and it was cool against her heated skin.

Bobby kneeled down and hiked the skirt she was wearing up exposing where glistening sex. She could verbally lie and tell him she was not turned on but the evidence was proof that she was.

He spread her legs so he had better access. He kissed the soft petaled lips of her sex before he captured and clamped down on her clit. Red hot heat went through her as his tongue licked and circled it. Teena hips  lifted off the couch giving him what he was consuming.

She felt his tongue delve deep within her. Lapping up the juices of her excitement. Teena opened her shirt feeling restricted from the fabric. Bobby reached up and pinched the tempted nipple causing her to  come.

Bobby spread her legs even wider to see his handy work. He pushed two fingers inside feeling for that tight nub. Teena thighs were trembling from anticipation.

“You want me to stop? Say so now all I did was take you with my mouth and hand. This is your opportunity.”

Teena looked at him, grabbed his head and took his mouth in her claim of yes.

He rose up and took his clothes off. His nicely muscled body had dips and valley she wanted to explore with her mouth and tongue. His muscled staffed stood and as she watched him roll the protection on it, she witnessed as it bounced in excitement. How naughty it was being.

“Keep your legs open. I want to see your coating all over my cock.”

Teena nodded with hooded eyes. He entered her stretching her wall. Going in as deep until he found the spot. He began to slammed the spot as hard as he could and she saw stars. It was not pain it was an intense pleasure she never allowed her self to have. She moan and writhe under him.

She could not take any more she thought. But he entered her harder than before. The moisture created a loud slapping noise as their bodies met. His sac bounced against her thighs sending tingled of delight.

“Oh yes. Your so hot and tight.” How could he keep up the pace?  She felt the familiar build and he reach from behind and pinched both nipples as they both came. Shooting hot jets into the thin barrier inside.

The night went on with hungry lips and abundant sex.

Teena rose from the soft bed happily aching in places that where never touched before and gotten dressed. She would not forget the day of unpredictability.