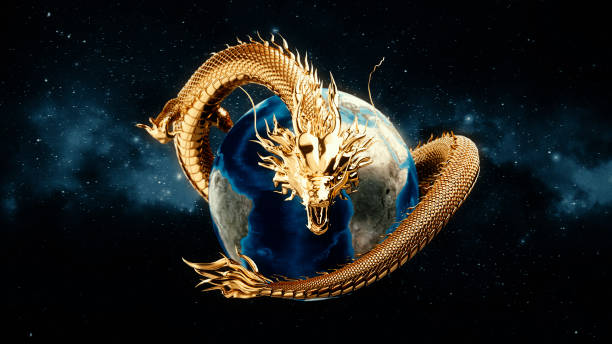 Ramona went to the feeding area and asked the simulation unit to create drinks that was suitable for Nonilla and Orik. She requested a tequeila shot.

She carried the drinks to her guest and handed it to them. Both men looked at her beverage with a question on there face.

“As this is to be my home. I wanted to toast. It is my way of saying thank you for the food and my lodgings.”

So she raised her glass and the men followed. What they did not expect, was the way she took the whole drink down then sucked on a wedge of some kind. Nonilla looked at Orick for an answer. But he had none.

Ramona looked at both of them and started to smile. “What is the look of puzzlement?”

“Why did you drink your whole beverage at once and suck on that object?” Orick asked. He really was puzzled. She looked at the king and he mirrored the expression.

She couldn’t help but giggle a bit. “What I had is called a tequila shot. A drink that has a distinct taste that is amplified when you suck on a lemon wedge which is bitter.”

“Is it a pleasing taste?” Nonilla asked while examining the shot glass.

“It takes the edge off.” She whispered but they heard every word.

“What edge are you refering too?” Orick asked.

“You heard that hugh? I’d forgotten. I did read about the heightened senses.” She walked back to the synthesizer and requested the bottle and two more shot glasses with lemons and salt.

“I was feeling a bit uptight and truth be told a little nervous being here in my new home. So I decided to have a drink that will relaxed some of my inhabitation.”

Orick and Nonilla finally understood what she was doing. There kind would get into fighting matches or fly long distances to calm them selves down.

“We have beverages that do that as well.” Nonilla said as he watched her place the new glasses down.

“Good we will try yours after you both try mine.”

Orick did not think this was a good idea. He needed to have his senses about him.

Ramona held out the filled cyclinder shot glasses to them. Nonilla put his untasted drink down and took the glass she offered.

“I will feel insulted if you do not at least have one.” She said handing it to him.

Nonilla nodded towards him to take the offered glass. Orick took it since he was ordered to do so no verbally.

“Now I will show you both how to properly drink this. First we drink, sprinkle salt on our hands and lick it, then we suck on the lemon.

“Just watch me.” Ramona swallowed her drink and followed her own directions. Both men watched her as if she had two heads.

“Please try.” She said as she watched them both.

Nonilla nodded and followed what Ramona had shown. He was pleasantly surprised it was not so bad. He looked at Orick and he finally conceded and he found he enjoyed the taste as well.

“That was very pleasing. What is it called again?” Nonilla asked

“Tequila.” She said with a smile. “We should eat before we drink any more. I plan to have a good time with my guest.”

Nonilla was facinated by her actions. She seemed contrary from the way she was acting earlier. Her speach was more relax and even the way she walked was fluid and not so military. Her backside was not as firm as their females and—. He stopped his thought. She was not his kind.

Orick scanned her mind and he decided that Nila needed to be present immediately. Her emotions were not stable and he did not want to alarm Nonilla.

They all sat down to eat and Ramona looked at it and sighed. She was doing her best to hold in her emotions. “Would you like me to serve you? I normally do not do that but–?”

Nonilla never severed himself at dinner but he wanted her to be at ease.”I can serve myself.”

Orick was stunned but kept quiet and followed suit.

“Why don’t you tell me about you and your people. You know all about us and our kind it would be fair to know you.” Nonilla said as he sat and began to eat.

After they finished eating they went to the loung area and sat and talked more. They finished the tequila and she was feeling very relaxed.

“It is our turn for you to try our beverage. It is called Firetail.” Orick looked at the king and was stunned he choosed that out of all other beverages.

“I think that would be too strong–“

“Orick lighten up. I can handle it.”

The moment those words left her lips, she knew that the night was going in a bad direction.

“Orick get it will you?”

Orick went to the simulator and ordered two drinks.”Orick do not return without a drink for yourself.”

He shook his head and did as ordered. He handed the drink to them and it looked harmless.

Ramona smelled it and did something they never seen a female do. She drank it down with out stopping. Nonilla and Orick looked in amazment.

“Are you alright? It was something you drink slowly due to it making you, you really relax.” Nonilla said

Ramona smiled. “It tasted like sweet cinnamon candy with a hint of something.” Then it hit. Her head felt light. Nonilla and Orick still held there drinks and she refused to be like this by her self.

“Drink up or are you too not up to my drinking standards? I mean I am human after all.”

She knew how to bait them. Even Orick seemed insulted. They looked at each other and drank it down. To prove how much of a dragon they were. They all began a drinking contest with Ramona. She bailed after the third glass and the men drank five each.

They were all feeling relaxed. Orick mumble something as he came in and out of concious and Nonilla looked at Ramona and slured, “Your going to be a hand full.”

Ramona laughed and said,”Don’t you like a challenge Noni?”

“That’s your name right?” She hiccuped and tapped his check as she stared in his half hooded eyes.”

Nonilla dragon was feeling the effects as well and purred when he looked at her.

“Did you just purr?”

Ramona giggled, “our secret. but you purr. Noni.”

He laughed and began to dooze off, his dragon favored the shortened name as he fell to sleep. Ramona was not far behind him in sleep.

Nila came sometime during the night to see all three in a pile in the front room. She had to hurry and get Orick and Nonilla out. If anyone should find out they were like this, with a human. Nonilla will be challenge for the seat to rule.

The sun was bright and everything hurt.

Nonilla woke in his chambers, in his bed. He gotten up and did not see Orick. Where was he?

He was going to call out but his ears hurt from his voice. His door Opened and Orick slid in against the wall.

“I’m afraid we had too much Dragontail last night.” Orick whispered.

“AT least you gotten us home.”

“I will talk to her later. I need to counter act this.”

Nila is getting it for us now. Then she’ll check on the human.

Oh he had forgotten about her. She had to be in agony.

Ramona woke up with the hangover from hell. She needed her breathing to relax it hurt.

The Dragontail drink was lethal. She did not remember much of what happened. But she managed to get into bed.

“Ramona, It’s me Nila I brought you something to curtail the pain you feel.

Hello my fire starters. Sorry for the wait. Please let me know how you like it by giving me a star and a comment is always appreciated.