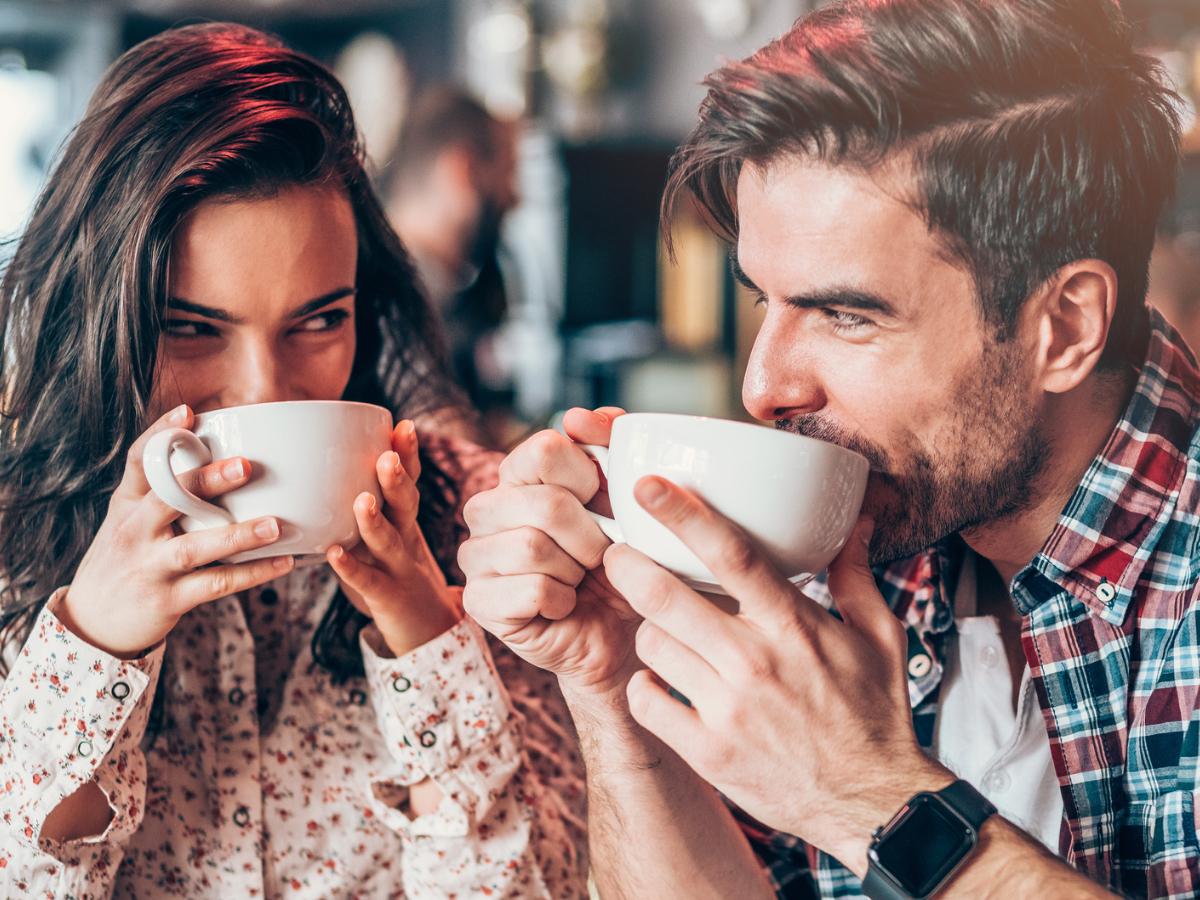 It had been a few days since the welcome to your new home fiasco occurred and Orick watched his king in quiet speculation.

The human tried to busy herself by doing thing to her lodging that was granted to her by Nonilla himself. He found it odd that it would be so close to the kings own home.

“Orick stop glowering over me and report.” Nonilla demanded.

It was his job to tell him what went on in his kingdom.

“Everyone seems to be a buzz about the human female . They do not know what to do with her. The female find her amazing being that she is weaker than they are. The men have been debating on who should mate her.”

That bit of news snapped him to attention.

“Would that be an issue, sir?” Orick asked still observing him.

“I’m not sure if our species are compatible for a mating.”

“Do I tell the males not to approach her for this?”

Nonilla was not one that interferred with his people mating habits but since she is human she would need to be protected.

“Orick contact the female and tell her I would need to see her today. I will discuss the matter with her. Also contact Morana I need her counsel.”

“Yes. Please do as I command. I wish to see her before I see the female.”

Orick bowed and set off on his task. He made sure the king was guarded in his absences. He did not favor seeing Morana. She had a way of making things difficult for him. Morana was in the garden behind her home when Orick spotted her.

“Orick what does the king want of me?”

He stopped in his tracks staring at the old woman. She was always in the kings graces for as long as he could remember.

“How did you know I was here for the king?”

“Nonilla would not have sent you to me other wise, son.”

Orick looked at her as she stood up with a hand filled with herbs.

“I gather this is due to the human female?”

She nodded and a couple of locks of curls tumble forward framing her heart shaped face. For a female of her age she was still appealing to the males of their kind. Yet she refuses to choose a new mate.

“Well we should not keep the king waiting.”

“You will have to go on ahead of me. I have to go the human female next. The king wants to see her as well.”

Morana smiled and shook her head as if she knew something he did not, as she often did. He also knew better Than to ask her. She would never tell him.

Orick left his mother to go to Ramona. Along the way he noticed two males in flight, sparring above him. He knew this was not a good sign.

Then he caught a scent that explained the reason for the male agitation. Orick also noticed Nila was in front of the house guarding the entrance.

“What has occurred?” Orick commanded a little too sternly.

“Two of our younger males tried to enter without permission. I have secured the premisis for now, but I fear that this will become worse before it get’s better.”

Orick nodded. “Where is she?”

“Ramona is currently in the back room exercising. She said it keeps her limber and in shape. I think she was a little shaken by the intrusion and she need to calm her. The only problem is that she seems to put out the scent more when she excerpts herself.”

“Really” He said as if he was not sure her assessment was accurate. “I have to go in and in form her that the king wishes to see her.”

Nila looked concerned for his decision to go inside but she stepped aside and allowed him entry. Once Orick stepped into the house the scent over whelmed him. Ramona came out of one of her rooms glistening with sweat. Her hair framed her face with spiked tendrils soaked with her sweat. Orick stood there staring at her. His dragon growl in recognition of the calling.

It was not that he did not find her appealing it was that she was not one of his kind and he wanted to bond to a female who is sure to bare is offspring. Yet the allure was almost unbareable. He felt a hand on his shoulder squeeze and he turned.

Nila was there with a look of readiness to fight and his clouded mind cleared a bit.

“Ramona the king would like to see you. please dress accordingly..” He said gruffly and stormed out.

Nila felt sympathetic for Orick. He never shown a remote interest in the other females but this one was pulling at him hard as it will the king.

Orick had to inform Nonilla immediately. His dragon needed to be set free to fly as well. So he indulged it. In a sprint and hop he changed into his dragon form effortlessly. The sun felt wonderful on his skin and he decided to fly under the water fall before heading in.

He could not shake the sight of her. Her eyes looking at him expectantly, lips parted taking in air and her chest rising and falling from excretion. He flew into the water a couple of times and then went to Nonilla.

Morana walked to Nonilla’s office unstopped. He was at his desk looking over scrolls she had no desire to know about.

Nonilla looked up and a genuine smiled appeared in his face.

“Morana thank you for coming.”

She smiled with the affection she felt for him.

“So nila why was I summoned?”

She watched as he fidgeted a bit at the directness of her question. She always had a domineering presence in his life ever since his mother was killed.

“Speak Nonlla.” No other would dare to speak to him this way but he was always one you would have to pull at.

“Is it possible for the human to breed with our kind?”

Showing his discomfort with the topic by his showing by the tips of his ears showing a tinged red. Morana thought on the topic.

“In our humanoid form we would be able to share our bodies. Uncertain about a successful breeding. No such occurrence has ever been tried.”

Nonilla thought on the information.

“Are you at your mating cycle once more?”

Nonilla and his other half have not been in a mating heat cycle in ages, so they have decided to part. He had companions but the mating cycle does not come often and if it is a true mate then they are bonded for life and not for just breeding.

Morana seen the tell tale sign of uncertanty in him.

“A few of the males are interested in this female.”

She noted the absence of saying the act or the female’s name.

“May I ask what is the female’s name?”

As he said her name Orick come through the door in a rush.

“What is it?” Nonilla asked as he stood ready fir trouble.

“The reason why the males are wanting to mate is she putting out the calling.”

Nonilla eyes widen. “It is affecting the males strongly?”

“On the way to her home two males were sparing in the air to show their strength.”

Morana smiled she noticed that the calling was also affecting Orick as well.

Nonilla looked calm but the news was not a welcomed one.

“Moran informed me she can be with our kind but might not be able to carry our offspring.”

Orick looked at Morana and she nodded. He knew that the information was sound coming from her.

Moran stood and straightened her dress. “I will leave now. Maybe Orick should go with you to tell the female the news. She maybe willing to be with one or two of our male. Not sure of her drive or desire though. Broach the subject gently.” She left with a smile on her face.

They both looked at her in astonishment.

“What did she mean two of our males?” Orick asked

Nonilla went straight to the patio and before taking flight he looked back. “Come Orick”

Orick dragon was awaken and wanted to see the female that made him stir. He knew this was not going to be a good idea.

Nonilla and Orick landed at Romana’s home. Nonilla smelled her a mile in the sky. His dragon wanted the female. She appealed to him.

She was not their kind so Nonilla will keep it in control.

Nonilla and Orick was greeted by Nila and she knew that this was not going to good.

She came out dressed and cut off pants and a shirt that had no sleeves. The out fit stired both men and a primal sound came out from the both of them.

Nonilla and Orick looked at each other in amazement. Romona laughed bringing their attention back to her.

“What are you wearing?”

“I was too hot and this is my home so I am comfortable. I took a bath and now I am cooling off.”

“What is so amusing?”Nonilla asked.

“You purred last time we met and now your growling. So is Orick. I am wondering what other sounds do your kind make.”

Orick was willing to show her but he knew that thought was being driven by her call.

“Ramona my kind have this basic reaction to the opposite sex we call the calling. It is a scent that is given off to let the males know that the female is ready to mate.”

She turned around showing both men her well rounded bottom that was being held up by thick firm legs. Her waist was so small. As she walked to the couch to sit. Both men pinned their feet to the ground.

“So why are you telling me this?”

“You are giving off this scent. That is why the males are trying to get your attention.”

“Your kind can mate with our kind. Little ones may not be possible but—“

“Wait a minute. Mate as in marry?”

“Yes I believe that is the human term.”

“But you are sending out the calling. You are ready to be—” Orick did not finish the sentence.

“To be taken.” Ramona said.

“I see. There is no such thing as fooling around?”

“It means to be taken without the bond.”

They looked at each other. Is that possible? Was that what Morana meant.

Nonilla rumbled looking at the female. His need for her was riding him. Orick was having a hard time as well.

Nila looked at the males and decided it was time to leave.

“Choose Ramona. Orick or I. We will not battle for you since you do not want a mate. We both do not desire to be mated as well unless it is—“

“With your kind?” She finished the sentence again.

She looked at both of them. Both appealing. Strong tall one more muscular than the other. One with fuller lips and than other.

This is where I will stop. Stay tuned to see the answer if you dare. If you like what you have read. Please follow and like. Comments are always welcomed.