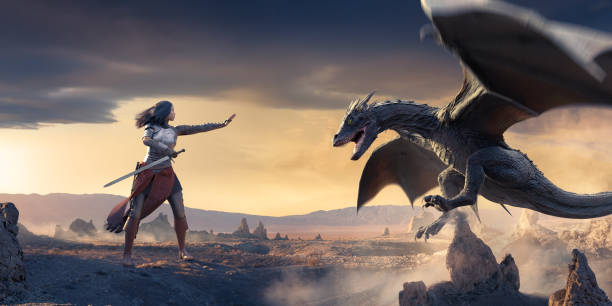 Pain. A dull ache in the center of your chest. A throbbing temple and clenched jaw holding back the emotion that you will not allow him to see. He made his choice and it was not me.

I could not tell you what hurt worse. The letting go or the look in his eyes that told me the opposite of what came out of his mouth. I broke the eye contact that we held moments to long and looked down. I had to get a hold of myself. I will not allow the tear to fall. Not now at least.

“Hey, you will find someone better than me.” He said as he kissed me gently on the cheek and turned away.

Why did he have to say that? Then it happened that damn tear that I could not hold in anymore dropped.

That happened over ten years ago and I had moved on. The only problem was that I never found someone and I did not realize that time was passing by so quickly until I recieved the letter.

I know you have been bouncing from planet to planet being an interpreter for the U.P. But it is time to return home. We are concerened that you have not found yourself a suitable husband by now and father has decided to call in the heavy guns. He has hired Miss. Salwin the match maker. She has already have three men lined up to meet you.

I understand you never wanted to come back here but you must forfill the duty of a daughter and marry. I am amazed father has not hired someone to drag you home. Did I mention that I miss you? Mona come home.

P.S. These guys are definatly do able.

I read the letter twice over the com and I was at a loss for words. I had to get married. I don’t want to and I will not be bullied into it by father or Carrie.

I went about my day translating the Cambordian dialect to Senator Woni. The meeting went on for hours and I was relieved that an agreement was accomplished with our species.

I went to my quarters stripped out of uniform and went into exercise fatigues. I did my usual routine of kick boxing, Shadow fighting and yoga poses to stretch. By the time I was finished I was famished. Normally I would eat in my quarter’s but I needed to hear people talking to drown out my thoughts.

I went and cleaned up quickly and went to the ships lounge area. It was bustling with different species intermingling and enjoying each others company. I sat off in the distance so I can observe and let my mind shut down the rhetoric.

I will be thirty years old in one week and I was considered a spinster on earth. Here in the star I was a mear child in some species.

“Ah hemm. I have been wondering what an linguistic officer would be doing her in the lounge all alone?”

Why did I think I would escape Carl? This man must have a tracker on me. I was the one woman on board who has not invited him to her cabin and I will continue to do so.

“Carl I just wanted to have something to eat. Alone.”

“Mona you are always alone and I want to break that streak.”

I could not help the roll of my eyes at his comment. He just never gives up. I guess that is why he is in strategics. He will continue at a new idea until one worked.

“I need a vacation.” I whispered

Carl looked at me with a questioning look and he did something that was not usual for him.

“Mona tomorrow I was supposed to go to the Turmo Quadrant for some R and R. But I was assigned a mission on the Hillo sector. I will send you my trip pass if you are interested. I don’t want it to go to waste.”

Carl chuckled and looked at his hands holding his galarion coctail.

“Let’s just say I can see that you need a break and I want you up to a hundred if I am to wear you down and get my prize. He smiled.”

“Your not getting any.”

“Now you see that’s what I need. I feed off the challenge but only when you are normally you. Not this. You look like you aged from fatigue and memories that haunt you. So take my trip. It’s for a week and come back ready for my new tactics.”

I looked at Carl. He stood an inch or two taller than me, but his size was did not diminish his physic. He kept in shape and was always well groomed. But what got the ladies was not only his tactics but the boyish look in his eyes. Like there was a part of him that was never going to grow up and I hope it doesn’t.

“Thanks Carl.” I gave a slight smile.

I was feeling a bit excited for the leave. I told my commanding officer of the trip and she was ecstatic that I was going. It made me feel a little uneasy. She said she could see I needed the break and since I boarded the ship I never took time off.

I nodded and went to my quarters to pack. The Turmo Quadrant was the equivant of going to the tropics only that the temperture mantained a comfortable seventy five degrees and the water was warmer. The rooms were state of the art and the employees were trained to be on hand if needed but not to crowd the guest.

I was packed and ready to go. The craft was not filled. It was only me and enson Pia and the pilot. The ride would take an hour. We took off and it was smooth.

I closed my eyes and just visiualed the planet. Then I was awaken by a jaring motion. I looked at enson Pia and she looked scarded. The pilot said not to worry that we passed an energy pull for a near by astroid.

Then it happened. A blast of light so bright that when the darkness came My mind shut down.

Well my fire starters I am coming to you with a new world. A world of fire war conquest and passion. If you are up for the heat let’s see how hot I can get the temperature to rise. As always comments and feedback is always welcomed.