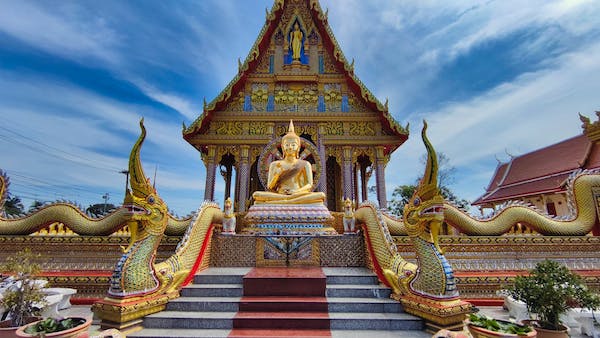 My head hurt worst than the time I was hit by a zia thron toy. I ended up with a massive lump on my head but I survived it.

I managed to open my eyes to see two pairs of eyes in front of me. They were odd looking. Blue green in color and the pupils were slits like reptiles but then it changed to circular the more I stared into them.

The voices sounded a bit muffled with a growl. I know that language but my heart hurt so bad that my thoughts were not focusing well. Once they notice that I aware enough , the eyes moved out of my view. I tried talking but nothing can out. What was going on?

I was getting annoyed that I could not speak. My head hurt but I willed a sound to come out of my mouth. I could hear that the talking stopped. I turned my head a little to the left and the room seemed to lost it’s stability or I have really hit my head hard.

They started to speak again in there language and I understood every word. the dialect was similar to the ones used on the Hawaiian Islands before the big tragedy. Now the remaining descendants still teach the language to their young.

“She is trying to move. Maybe we should let her rest in the deep sleep to heal more.” A female voice said at least it sounded female.

“We can not. Our leader is waiting to meet with her.”

“He does not know it is a female. He is expecting a male and she will not be welcomed.”

“Lani she is who we have and I was told she is the best in negotiations.”

They were told. I was set up. I am so going to kick Carl ass.”

“Welcome. You are on Deragones.”

“Deragones? I have not heard of this planet.”

I managed to focus on who I was speaking to. She stood at least a foot taller than me and had dark hair braided very tightly down her back. Her clothing seem to be loose fitting with bright swirl of color decorated across.

“How are you able to understand us? We were not able to set us the translator module in our main system.”

“I am a translator for many new species and I tend to pick up languages quickly. Now why was I taken here? I was told that I was going on vacation.”

“We do apologize. You destination was always to come here. Were are in need of your expertise in delegation or we may end up in a civil war.”

I looked at her then the other faces in the room. They seemed serious and concerned.

“I am not saying I will help but I will hear what is going on and see if my assistance is needed.”

They all looked at each other and I could tell they were now communicating on a different level,

“My name is Lani and I will escort you to meet with our leader. I must tell you that we were expecting a male.”

She did not want to say anymore and that did not bode well with me. We waited another hour until the room settled and I could think more clearly. They brought me something to drink that was sweet tasting and it gave me a bit of a boost without making me jittery.

Lani escorted me to their leader and I made sure I understood the custom enough that I would be able to address him properly.

We walked through a think and dense forest to get to the leaders head quarters.

It was surprisingly beautiful. the construction had the theme of the wooded area and dashes of technology. Technology that was still not were we are but they will get there soon.

Lani swiped here hand over a mirror and it vibrated letting them know we were out side.

The door was opened by a man who seemed battle and wore the scars proudly on his chest.

“Lani why do you not heal the scares so there skin would not hold it? I asked

“It is our way. We show the scares proudly.”

We were escorted into a room that held five males. At the head of the table must be the leader. So I did the courteous casting of the eyes and a low growl in my throat as Lani instructed.

“Who is this female?”

I looked up and the voice came from the right of the leader. A tall male with darkened skin and scars running across his throat. His eyes flashed from slits to pupils and I took it he was angry.

The female is here for the talks. She will help.”

“A female in the talks? We are cursed. We will be at war by dawn.”

“Excuse me . Since I am here to speak to the leader I do not see why you would have a say whether I help or not. Do not judge me with out seeing what I can do.” I said in perfect dialect.

The room fell silent and I did not care. I wanted to talk to the leader not his guard.

“Then speak since I am Nonili. The leader of the Iwipoo.”

He was pissed. Lucky for him so was I.

Hey fire starters so it seems that Ramona is not starting out on the right foot with the leader of the Iwipoo leader. It does not seem as if she cares either. If you like it so far let me know. Love to hear from you. Fia xoxox