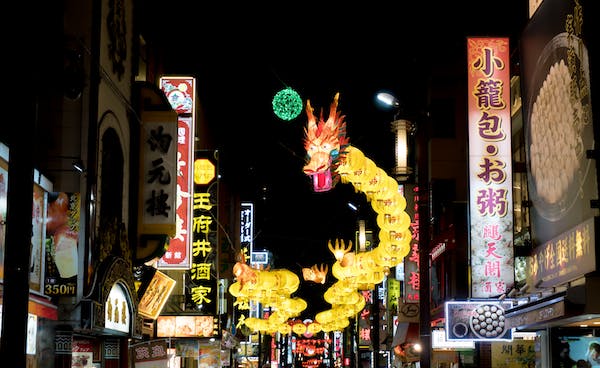 Orick stood out side the door scanning Ramona thoughts. He wanted to know if she was ready for what was about to happen. What he seen astounded him. Her thoughts ran so quickly that he had a hard time despairing what she was thinking.

He was about to knock when the door opened and one of the royal dressers walked out with a questionable look on her face. She did not verbally communicate what she was thinking, but projected it.

Ramona was in a silent trance like state while she was helping her dressed. It disturbed her how silent she was. Orick wanted to tell the King that this was going to be a disaster. Before he could turn Ramona stood in front of him dressed in the royal colors.

Her hair was down and shown waves of different colors of brown. Her lips was slighted tinted as were her cheeks. What stood out was her eyes. The color of the ocean green but the intensity that was behind them.

“Are you well?” He asked

She walked as if she was born to there style of foot wear. It made her hips sway almost in a hypnotic figure eight. The dress was fitted to flatter and yet to show less skin than it was necessary so it did not distract for the issue at hand.

She walked into a room that the the king, two other guards and beautiful young woman who looked terrified of her fate.

“First Sergeant I hope you have acquired enough to get us to a mutual understanding.”

Ramona stood in front of the king and slight bow. She managed not to ball her fists.

The king observed her calm demeanor and could not smell any fear or anger coming off of her. It made him take pause.

“This is my daughter. Sineza.”

The king and Orick seen the slight exchange and did not understand it’s meaning. Maybe she was not well.

The King turned and walked before all and went into the grand room where all things are discussed and solved.

The Wai King was already there with three guards and a man standing beside him who must have been his son. Much too old for the young woman.

“We have come to the grand room to solve a problem as our forefathers have before us. We call First Sargent Ramona Carrilla to be our negotiator in this matter.”

A guard for the other side stepped in front of Orick and spoke.

“We Wai agree to this meeting and call our negotiator First Sargent Calvin McShan to speak for our people. “

They both went to the center of the grand room and stood staring at each other. They were waiting for the traditional bell before the negotiations.

The bell rung and Calvin began not letting her get the upper hand. He spoke of traditions and honor. Of one’s word being sacred as the earth they live one and concluded that withdrawing the agreement was a dishonor to their people.

It was Ramona turn. She spoke of times that passed and wars fought. That the agreements and customs that were created then was not meant to be carried on forever but to be developed into something better than what it’s originally meant for. As the earth they live on changes so must it’s people.

The Wai king shifted. Nonilla noted it and was pleased. This female was cunning.

“Yes I agree things change but if there is not foundation on which this change can be based on, then we will crumble. In saying this. The prince claims the right of marriage as the foundation of this world has been built on.”

The Iwipoo do not want to dishonor the Wai. In offering the water for exchange for the earth is still offered.”

“How can this agreement be sealed if not on the wedding bed and innocents blood shed?”

That was it. Innocent blood shed Calvin said. He did not know what his words unleashed. Ramona spoke in the Wai dialect.

“King of the Wai, your people are like the spring that flows and gives life to all. With out the water there would be great suffering and deaths of innocents. The earth is also needed to nourish the body and the soul. Earth and Water are the power and heart of both people. Yet when one is with held the other suffers. Your son may take any willing innocent from the Wai and keep the blood line strong. But the arrangement that was agreed upon before there birth it as old as the old waterway that has been destroyed by the great fire god.

Now fertile land is offered to you and your people for generation of use in exchange for water. This is better than one night of innocent blood, Do you not agree King.”

The room fell silent. The King of the Wai agreed to what was offered the marriage was called off. Nonilla was amazed as the fire and knowledge that she wielded like talons into the Wai throats.

Once the papers were drawn up and signed. Ramona went over to Calvin to shake his hand.

“Yea. How did you know so much about them?”

“You have to admitted my innocent blood was brilliant.”

Romana smiled nodded and punched him across the jaw. Laying him out cold in the grand room. She looked up and bowed to the Wai king and turned to walk towards the Iwipoo.

Nonilla was shocked by what he has just seen and stirred his beast. ‘She will be good to warm our bed.”

He shook the thought out of his head. She is not their kind.

The Wai prince found the human intriguing and wanted her. He is glad to be rid of the young iwipoo. His sight was set on the female Ramona.

The iwipoo went to another room in the Kings home. The king and Orick spoke silently before addressing Ramona.

“I want to thank you for what you have done. The king has decided for your service you will have the home on the west field. He thinks you will be happy to live your life out there.”

“Excuse me I did what you have asked. Now I will go on my vacation and leave this lovely planet to you.”

The looked at her as if she is crazed.

“First Sargent you have read our history. You know who and what we are. You will never be able to leave.”

“I read your history that is mixed with fairy tales and folk lore. It is no cause for me to stay.”

“You do not believe?”

The beast in the king clawed to be free. It was angry at the female and will not tolerate her ignorance.

Orick seen the anger stirring in the King. If she truly did not believe she will in just a moment because King Nonilla was transforming before their eye’s.

Ramona stood there and watched as the King physically transformed before her into a beast of legend. Then it all went black.

So she won and she seen the beast. But in the processes she attracted another. What is to happen to her now? Comment and like. Fiaxoxo