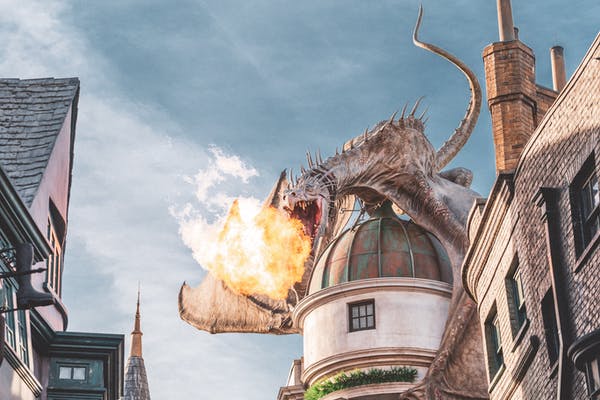 Slowly the darkness was giving way to the light. Just before coming too she heard people talking as if she was still not lucid.

“Orick I have never heard of the King behaving that way before.”

“I agree. It’s this female. Ever since she arrived the King has been very, very–“

“Yes. Now she has read all the texted and she has seen us in our true form she will have to stay.”

Ramona started to move to sit up. this is the second time she had woken up in this place with her head aching. She looked at the both of them and she seen that the female was very concerned and Orick looked put out.

“So I have seen you in your true form. Why does that matter? I should still be able to leave.”

The woman went over to the table and pour some water for her. “Please drink.”

“Once the sun rises I will take you to your home. Until then Lani will stay with you. You fell and hit your head very hard and the king wanted you to be watched.”

“Well if he did not startle me I would not have passed out.”

“Loose consciousness. Thank you for bring me back here.”

Orick was fidgeting a bit and he did not look her in the eyes.

“It was you who brought me?”

“No. The king would not let anyone carry you so he brought you himself.”

“I have not really seen kindness. I seen arrogance and entitlement. No kindness.”

Orick and Lani looked at each other as if she should not have said that.

“I do believe you will need to be taught about us.”

“I learned about you remember. I studied your history.”

“I have not forgotten. But there are things that have evolved over time. Change as you said in the negotiations. You do have a right to speak your mind but be aware of what you say and how you say it and to whom. Those words could have you removed.”

“Good remove me and send me home.”

Ramona had had enough she was leaving. She stood up and realized she was still wearing her negotiation clothing.

“I need to speak to my superior. She will straighten things out.”

“The king has spoken to your people and they understand what you have done. They will contact you in the hour to tell you what is expected.”

Lani stood and held her hand. “You read the books, you seen our form, you violated the rule on none interference unless necessary. Your mind is brilliant. You could have one the negotiation with out the books. You choose to proceed after you were cautioned several times. You are one of our people now. You may never leave.”

The look in her eyes and the sincerity in her voice made it sound like the decision was final. Ramona will speak to her superior soon. this will all be fix. Nothing is so detrimental that it can not be fixed.

“I will leave the two of you. If you need anything please let Lani know and she will show you how to acquire it.”

Orick looked at Lani and nodded. Then left the two females. He need a strong drink. Then he needed counsel. He must speak to his grand father. He is the first to serve under this regime. He would know why the king is acting so strangely.

The Wai people were a calmer cousin of the iwipoo. They do not battle unless necessary. The Prince could not get the female from his mind. She was cunning. She was determined and fearless.

She held the qualities he would not mind having in his bed. She was a bit supple. Not as firm as their females. He did wonder if she would survive a mating.

“Son I am sorry you will not have a bride.”

“Father I went along with the tradition because you asked me too. But I did not want the child. She is not ready and I would have to wait until she has bloomed before taking her. I am happy to have not gotten that.”

The king looked at his son and knw where his thoughts strayed. It was on the female. If he was not mated he would have wanted her as well. There is something about her.

“I will see if she is willing to mate you. She will be part of the iwipoo people now. She is not leaving.”

Calvin sat quietly as he listened. He wanted to warn his competitor what was occurring but he will be leaving in the morning. He knew she trapped her self into her fate. But she did not want to mate this prince. He was not what he seemed.

There is darkness in him. He will find a way somehow.

The King staring out of his window. Looking over the hills. He never meant to do what he did. She just gotten under his skin.

She pushed back and it riles him. The female submit. They know there place. She goes against. He remembered the look of shock as her eyes widen to his true form.

Her eyes were pleasing and then she fell. He transformed back quickly to check on her.

Her skin was soft and warm. Her lips were parted revealing tiny teeth. Nothing sharp. Orick came over to pick her up and he growled at him. He never growled. Not even as a child. The room was shocked into silence. He lifted her and took her to her room.

She smelled different as well. Not like their females. He walked quickly and placed her on long pillow. She did not stir. He told Orick to stay with her. He will send Lani as well.

He did not want a male alone with he. No male.

He needed to fly to clear his head. She will leave his home and live in her own. That will be it.

So ladies and gents are you wondering what type of man the prince is? Or why the king is behaving badly? Maybe you feel for Ramona situation. Let me know. Comment and like. Tell a friend about me. Fia xoxo