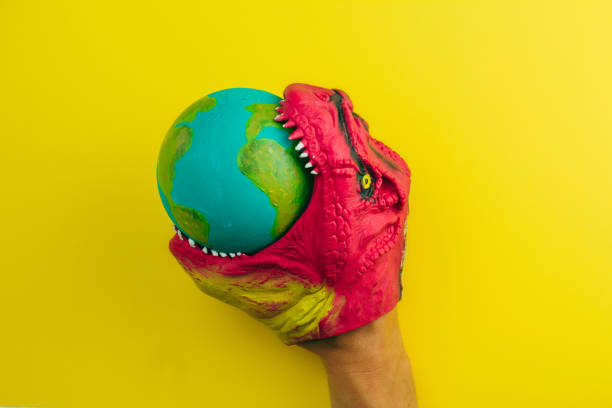 As peace is falling over the Iwipoo warriors. The Wai are preparing for the war that has been dormant for a decade.

The prince looked into the sky and seen a couple of his fiercest warriors in training formation. Wings extended and talons sharpened to perfection. His battle captain Loen was on the verge of putting his second in command down, when Mir swooped undetected and grabbed Leon tail giving enough of a distraction that Slin clamped down on Loen exposed neck.

The Loen bowed in defeat as they all landed and changed into their human forms.

The prince smiled with pride as he walked towards them.

“Wow Mir and Slin managed to take out the great Loen.”

The men bowed as he approached.

“Yes but you did notice it took two of them.” Loen said looking at his men.

In human form Muir was tall and lanky. His hair was shoulder length and copper brown. Slin was a bit shorter and stockier across the chest area. Hair cut close to his head revealing his family mark that lay beneath.

“So how goes it with the meeting. Are you to be wed to a Iwapoo?” Loen said with a slight distaste to his tone revealed. He did not hide his feeling when it came to that tribe.

“No, I am unwed due to a cleaver female that is not from this world.” He said with a smirk.

“Yes. I have decided that I want her.”

“Is she able to be with on of our kind. What is she other than female?”

“She is human. From one of those intrusive ships in the sky.”

“Well then she may have left and returned home.”

“No she has not. A little bird has told me that she read the secret text to best my negotiator. Now she is not allowed to leave. It is our law. I will come up with a plan to get her but that will not interfere with the war.”

“If you go after this female it will definatly start the war.”

“Yes. It will.” The prince said as he looked at his men.

Ramona was ready to go to her new home. She decided that as she was stuck on this planet she will at least take that long deserved vacation and relax a bit.

The door chimed before Orick entered. He was in his usual garb but he did not seem at ease.

“Is there something wrong?”

“Not at all. We have received your belongings and they are at your new home. The king has told me to inform you he will be sharing a meal with you tonight.”

Ramona felt uncomfortable. “Is this to be professional attire then?”

Orick did not understand what clothing had to do with a meal.

“You can dress how ever you deem fit. Shall we go.”

Ramona nodded and followed Oricks lead. Outside the palace the grounds looked vibrant with colors of green and gold. The birds that flew over head did not look like the ones on earth. Wings were thinner and tails long and flared.

She seen a young male pulling on and animal that looked strange. It had not eyes that she could see and it had a thick snout. It looked like a cross between a water buffalo and ant eater.

“Orick what is that the boy is leading?”

“That is the Kotup. It is very prized among our people. It gives it’s nourishment by milk to the young.”

As he was explaining it let out a strange noise that she felt vibrate through the ground.

“It emits a sound that cause the mikoo to come up and it will eat it.”

Ramona could only think that the mikoo is there version of wormes or ants. They walked for over an hour and came to a home that was close enough to the kings home but far enough for her to have privacy.

It was a nice size dwelling. It was one level but the scale of it could be considered as having two dining halls combined. She entered to see that the theme of the design tend to mimic the out doors. She may have to make some changes. Not to many but some.

Orick showed her all of the rooms and each room had a private bathroom.

The eating area was large and off to the side was smaller area to eat as well.

“The food will be arriving within the hour as you say. The main room has all your things in there. I will return with the king. So please make this your home?”

“Did she like her new home?” Nonilla asked as he stepped out of the bathing area.

“She seemed pleased. But there was a slight fear I sensed when I left.”

“I did not stay to scan her thoughts.”

Nomilla gotten dressed in silence. He wore the teal and silver. It was rare that he did dressed fully to eat. He normally goes out for a flight after to burn off the food he consumed.

“You are quiet Orick. Speak your mind.”

“I am not at ease. You seem different since she has arrived and I just hope it does not cause a problem in the future.”

What he held back from saying was he did not want to go to war. They have had their spy and the intel about the Wai preparing for battle have been leaked out to the people. the marriage would have slowed down the danger. It would not stop it.

Nonilla turned towards his guard and patted him on the shoulder. “Let us have this evening and tomorrow we will discuss the matter of the Wai.”

Orick nodded. They left in silence and walked to Ramona’s home.

Normally the king would walk in but he wanted her to feel that her privacy was respected. So he waited until the door opened and Ramona stood there in a garment that was enticing, yet simple.

He hair was let down and the waves framed her features. He noticed that there was something on her eyes that was making the color standout. Her lips held a tint and shine to them.

“Come in please. They have just left and the food smells wonderful.”

The king entered then Orick. After she closed the door Orick noticed she was not wearing any shoes.

“Ramona you have forgotten to cover your feet.”

She smiled. “No I haven’t. I would walk this way in my quarte’s and since tis is my home I would do the same. Besides it prevents the floors from being messed up from the out side.”

Nonilla decided to take his shoes off and follow his host. Ramona smiled at his gesture. Orick refused.

“Would you both like something to drink?” She asked

They both nodded. Once she left Orick whispered. “I think we may need Lani to stay with her for a few days. She is uncomfortable being alone in this house.”

The king nodded his consent. He will try to make her feel welcome.

How are you liking it so far my fire starters? Let me know by clicking a like and let your friends know. Part two will be posted this week. Enjoy