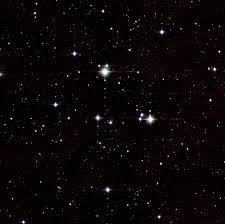 Jayla went back to her quarter’s to see Elphin hovering over Red T as if he was going to move at any second.

“What are you doing? He on a sedative. He’s not going to wake up any time soon.’ Jayla said. She walked over to Red T and looked over his chest to see if anything looked odd about his body.

While she did this Elphin kept pacing behind her.

“Would you stop doing that.”

“It can not be helped. There is something about the unconscious man who was upsetting my animal.’

Jayla looked at him and seen that he was not lying. The animal was near the surface. “Go find quarters that you can let it out for a little bit. It can not ram the ship. The captain has limited knowledge of our race. He would not like that we change and could harm them.’

Elphin nodded and walked out of her quarters as she went back to work to see if he was implanted with a tracking device. Red T had many little cuts in his skin that did not seem to heel immediately. But there was a patch where the skin was not disturbed. Or did they want them to believe that.

She felt around and the very skin felt wrong. The textures were different. Jayla had a blade in her boot. She took it and started to peel the skin away. She was right. It was a tracking device to look like synthetic skin. Once removed Red T started to move.

Maybe the skin acted like a sedative to keep him out long enough to track them. Jayla went to the com and informed the captain of what she discovered and he told her to destroy it.

Jayla took out her gun and burned the skin to shreds.

“Jayla, what are you doing here. You must run. They will experiment on you.” Red T said almost in a mumble.

“We went to retrieve you. I need your help to find my people.’

“They killed my successor. I have to stay alive until another makes them selves known.’

“Why did they choose you? You are human.”

“Human with the power to harness power.” He said before he fell back to sleep.

Red T is part of her journey she knew this. She had to find her people quickly. Her animal was uneasy. She never felt that kind of stirring before inside. She had many questions and it looks like the two people that she could get it from were Elphin and Red T.

The captain seems to be alright with every thing but even that bother her. There were too many things in  the shadows. Too many factors to a problem that she did not create. She will be patient and wait until he wakes fully.

“Lorac I see a female on her way to you.”

“I am not sure but I see trouble following her. Trouble within and around. You should prepare for the worse.’

“Junak I have been waiting for years for her. Our people need a completed pair. The Oni will be here soon and we are nowhere near ready to battle.”

‘Do not despair. This female has to be the one.’

“How long before I see her?’

“I do not see time only that some ting is coming. I am sorry.”

He looked into the sky’s wondering if the time has come to unite the people.

“I hope she is ready.” He spoke to the sky, willing his words to reach the female.

Hello all I am sorry this is a bit short. the next installment will sure to please. If you like the suspense please star and feel free to leave a comment.