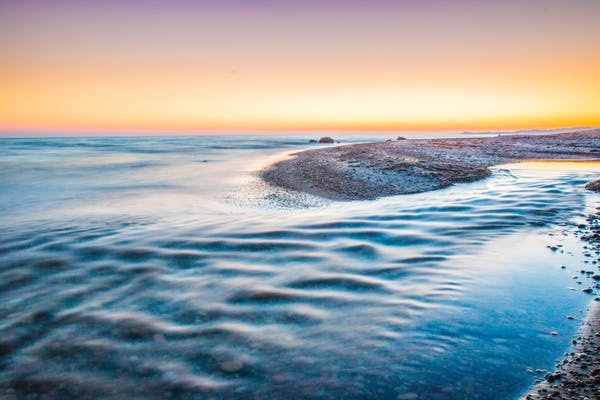 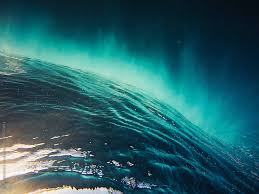 It took them three day’s to get to the Nexpla Nebula, even with light speed. The skeleton crew were getting along and staying out of Jayla and Elphin’s way. She did not like the feeling of being shunned and she decided she had, had enough of it.

After Jayla looked in on Red T and seen that he was comfortable she went to the captain to discuss what was going on.

She located the captain in his quarters. Which was not normal. He usually stayed on the bridge until ten o’clock. The sensor above the door alerted the captain of Jayla’s presence at his door.

The door opened and Jayla walked in to the his dim quarter’s. Soft music was playing and the captain was sitting on one of his chairs holding a drink.

“Captain is the a problem?”

He chuckled at her question. “Just because I am in my living space and enjoying a drink alone, implies I have a problem?” He took a swallow of the drink and looked at her.

“We will arrive at the Nexpla nebula soon. I just want to relax before I go out and get a new crew. A crew that I have no idea if they would follow order’s or kill me in my sleep for my ship. I have been thinking long and hard on the matter. I have three crew members and I actually need three more to have it fully manned.”

“Well I can help you screen them. I do not want you to die before we find my people.” She said as she gave him a slight smile.

“Sorry, don’t mean to burden you with my problem. How is Red T doing?”

“The fever has broken and his color has returned. He still floats in and out of sleep. I am hoping to wake him fully in an hour. He must recover soon”.

The captain rose and walked to the bottle with orange liquid inside of it and poured it in his cup.

“This is Emere rum. I held this bottle for two years and I wanted to enjoy it today.” He he went to the tall wall shelf and retrieved another cup, gave it to Jayla and poured some.

“Hey, I’ve never seen you drink. Do you drink?”

“Alright good. Have a drink with me. Then see to Red T.”

Jayla knew something else was bothering the captain but she really wanted to address the matter of the crew.

“Before I leave, I wanted to know what is going on with the crew that is on board now?”

“What? Have they interfered with anything that you are doing? Tell me and I will take care of it.”

“No I feel as if they are avoiding me to the point of shunning me.”

The captain laughed and took a swallow of his drink. “They are not shunning you. I ordered them to stay clear of you and the other two. I did not want them to, to interfere.”

Jayla’s face expressed her not understanding.

“The  crew is loyal to me. The three of them have different points of view of your kind. They do not like the power all of you posses and they feel fear. When people fear things tend to happen and I want that avoided.”

She nodded in understanding. The crew that was on board were never that close to her and she could see one of them testing, to see if they could harm them. She decided then that she needed to gain trust some how. Not by avoidance. She took a drink of the rum and noted that it had a slight sweet taste then a burn that followed. She handed to cup to the captain and wished him a good night.”

“Jayla in approximately fifteen hours we will arrive. Get yourselves ready. Nexpla nebula is dangerous for every one.”

Jayla looked at the captain and realized that he seemed more unsettled than she’s ever seen. What or who is on Nexpla that he did not want to see?

Nexpla a city on a large slab of metal that was created for the semi solid planet. As the earth liquifies underneath the slab, the city moves until it settles on solid mass once again. The air quality was adequate enough to breath for a few hours, then you had to return to your ship to detox your lungs to have optimal fuction.

The patrons of  the  planet were from every low down, sleazy corner of the universe.  Except those who were blessed to be born on the planet. If the word bless is suitable for having no choice but to be born there.

It is not governed by any political bodies. The people keep each other in check, which counts for the high death total. Employment is scarce unless you get a job on a ship. Then you become a little bit higher than the street cleaners in the eyes of the planon’s. The planon’s are best described as an organized gang, who feels they run nexpla, until the next want to be leader kills the raining one.

Jayla, Elphin and the captain unboarded the ship. The rest of the crew decided to leave a bit later.

“Where are we headed captain?”

“I am going to the Le Yat. I know I will find the crew I need in there. You do not have to come. Look around. You may find more of your kind here.”

That was the captains unsubtle way to tell them to get lost. Jayla nodded and walked off to the right.

“Why did he not want us with him?”

“I am not sure but I will give him ten minutes before I go and seek him out.”

“I do not like this. This separating.” Elphin said as he eyed every person who passed by.

“I agree but I also want to survey the area. Do you feel an oddity in the  area?”

Elphin kept looking around but his animal was making him antsy. It kept clawing at him.

“I can not feel anything. My beast is uneasy though.” he said.

“I feel the energy in that area, it feels odd. I want to see why.”

Elphin followed Jayla a half a mile down the  street. She stopped at a strange shop that sold what looked like skin cleansing products.

A tall man wearing multiplied layers of cloths as clothing. His eye’s were lined and lips were too. As he ushered them inside the establishment, the were greeted by a female with strange-looking eatables.

“I see that you have purchased an excellent guardian specimen.” The man was looking at Elphin as if he was a piece of antique furniture to admire. Jayla nodded and continued to scan the place to locate where the energy disturbance was located. It was faint before and it had increased a great deal since they stepped inside.

“What is this place?” Jayla inquired.

“My, my you have not heard of  the  Zillion? Well let me educate you. But first I am the owner of the Zillion, my name is Ide. The Zillion is a place where you can acquire anything that your heart desires. We sell beings of all species, from every part of the universe, to do all things. I noticed you have a guard are you willing to sell or trade for him?”

Jayla was a little taken aback by the assumption that she purchased Elphin.

“No I am here to purchase another similar to the one I have.”

“You have both?” She looked at him quizzically.

“Well let me see what the books say we have in stock.” Ide called a female over that gave him a thin ledger to see what he had.

“We have a female. She is a bit younger than your male but is adequate. Would you like to view her?”

Jayla nodded and Ide went off and gave the order to retrieve the item.

“Does he not see your like me?” Elphin whispered.

“No he does not. I have implanted an image in his mind, that I look like every one else on the planet.”

“I did not know you had that capability.”

“I do not reveal all I can do or else I would be dead by now.” Jayla said as she stood waiting for the female.

Something was being dragged in to the left of them.  Once they stood in front of  Jayla. The female looked up and her beast recognized it’s kind. But something was wrong.

“How much?” Jayla inquired.

“Well your in luck. It’s sale day. She’s half price. one hundred and fifteen yun’s.”

“Is she well?” Jayla hated talking about a person as if they were an object.

“She is perfect. She cleans and serve’s wonderfully.”

Elphin slightly rocked back and forth. Jayla gave him a look to stop.

“Come with me, my dear. It will take but a moment to sign over the title of owner ship.”

Jayla nodded, then gave Elphin instructions to secure her property. Once she left the girl whispered, “Do they not see she is like us?”

Elphin did not answer. He kept guard until she returned.

Well I promised that I would give you more than usual and I have. Stay with me because it is going to get really going. If you like Fantasy Friday please star and follow. All comments are welcome. Fire Starters. Until next time.