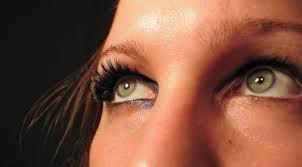 It’s like day and night simultaneously on the planet of Anore. Lorac lead the expedition to the Godor people. He assigned Sanu to be by Jayla side. He felt more at ease to have him beside his mate, if he could not be.
Elphin and Le’em walked behind but keep their eye’s on Sanu. They maybe of the same race but he did not treat them as such. He looked at Le’em as if she was abnormal and normally that would not have bothered her but the way he did it bothered her more than normal.
Elphin did not like the way the Anorie looked at Le’em. He read something different and he smelled what was coming off him. He was attracted to Le’em and his beast did not like it.
“Why do you keep looking back?” Elphin asked Sanu
Sanu just gave him a look and smelled the air. He gave Elphin a smile that was not meant to be friendly, but he did not answer him.
Le’em nudged Elphin arm to tell him to cool it. It did not seem to help. Elphin walked up a bit closer to the Anorie, purposely getting into his space.
“You need to back down, little Anorie. You are not capable to take me.”
“Why don’t you try me? Big Anorie.” Elphin said taunting him into a brawl. His beast was ready to take the male.
“You would do this now?”
“Yes.”
“We wait until we return to the Anorie people.”
“Why?”
“There are things that must be done traditionally. If you are challenging me it will be done as it has always been done.”
Elphin did not care for tradition. He was raised in the streets. He fought to survive and to keep what is his.
“Elphin what are you doing?” Le’em asked as she grabbed his arm.
He did not answer instead he fell back to walk with Red T.
Le’em face showed the confusion she felt.
Jayla heard everything that went on and smelled the pheromones. Le’em sense of smell must not have developed fully or she could not tell when two males were in heat. She will be talked to her once their mission to recruit the Godor was over.
They walked until the sun was about to set. Lorac stopped in an area where the trees looked as if they were in a hibernated sleep.
“We are in Godor territory. My beast is pushing me to turn and leave this place.” He whispered to Jayla.
She knew what he was talking about because her beast was doing the same. But she decided to push on. This wasn’t about just her or Lorac it was about every being in the universe and she had a mission.
They heard something rustling all around them. The Godor people had surrounded them. Their inner beasts were riled up ready to battle.
“Reveal your selves.” Jayla called out.
Lorac looked at her as if she had two heads. “They do not understand you.”
A strange noise came from the north of them. Jayla looked at Lorac to explained.
“He said why are the Anorie here?”
They all looked at Le’em. “My father taught me this language. He said one day I will return to them.” She chuckled “well he was right.”
“Can you tell them that I want to speak to their leader.”
Le’em translated and a voice replied.
“What was said?”
“They said they will only meet with me and you.”
“No. She will not leave my sight.”
Le’em explained what was being said and a reply came immediately.
“He said that he may come but if he attacks he will die.”
Jayla nodded her agreement. Le’em began to walk towards the voice and Jayla noticed that the left side of her body was turning into a dark ash color.
“Le’em are you alright?”
“Yes why?”
“Your skin color is changing in on the left.” Le’em looked and felt a bit nervous but it was not a time to think about herself. Her Godor beast roared within her. She felt the joy it was emitting.
As they came to another clearing there stood two men. The color of their skin was a dark ash. The color that appeared on her skin. The walked forward and stood in the center of the clearing.
Le’em’s eyes went to the man standing beside the first. He was as tall as the leader was, but he had broader shoulders and longer hair., that fell in layered waves.
The male in front spoke. Le’em listened then translated.
“He said that he is Dolu and his second is Loeun. Why have we entered their territory.?”
Le’em beast started to humm as she looked at Loeum again. He looked at her and the intensity in his eyes shook her.
(What is going to happen when Sanu and Elphin find out there may be a third contender. Will Jayla convince Dolu to join the fight? Well we will just have to wait and see my fire starters. If you’re enjoying the story, please like and comments are welcomed. Until next time. Keep the fire lit)

I do not own the rights to the photo. It was on google image stock.