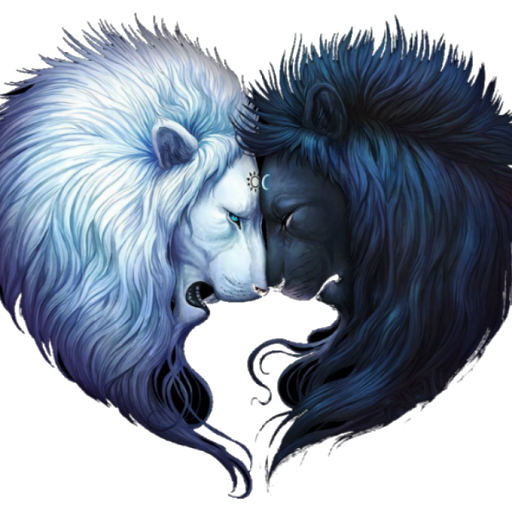 Locar exited his home to be greeted by Sanu dressed in his official wrap made from the hide of his first kill. It was the attire of the leaders second in command would wear. Locar nodded in appreciation for his respect.

Locar looked passed him to see that his people were watching and waiting to see what he will do next. He walked before them, then stood with a commanding presence. He felt the build of electricity in the air, coming from his people.

“My mate has arrived and I want her to be welcomed as one of us. She will lead by my side and we will defeat the Oni when it arrives. I want you all to prepare for the coming ceremony. Januk, Mali and Seren you will help my mate into her customary robes.”

The three women chosen bowed in acceptance. He looked around to see what else needed to be done. Sanu stepped forward and spoke.

“We all have been waiting patiently for her arrival and we know what must be done. So instead of standing around and waiting to be told what to do. Go and prepare for tonight. Our leader Lorac will be mated.”

The people dispersed quickly and went about preparing the ceremonial garden. The garden was in a valley hidden by large flowers that are native to the planet and is also borders with large, deep vessels that when lite, the fire burned so hot the color of the blaze is white. The ground was firm but soft enough to give a little under there feet.

Lorac and Sanu headed out to meet the ship as their people prepare.

The ship landed on the scientist landing strip. The captain told them to wait on board he had come up with a plan that the scientist will believe and not interfere with what they were truly there for.

As the captain disembarked Jayla waited in her cabin keeping her nerve under control. The door opened to her room and she knew without turning that Elphin and Le’em had entered.

She turned around to be surprised by their attire. They were wearing official military uniforms. Le’em tamed her wild hair into a neat ponytail and Elphin slicked his hair back. It was the first time she really had a good look at the both of them. They were very attractive, yet they both gave off the ire of having a hard go at life. It felt as if at a moments notice they would pounce.

“You both look good. Thank you.”

They gave a slight nod and smiled at her compliment. Elphin stepped closer to Jayla, looking down and fidgeting a bit at the jacket he wore. He wanted to say something but seemed to be at a loss for words.

“Elphin you do not have to worry. I am prepared for this and I am sure they will help me with what I do not know. Just having you both by my side comforts me more than anything else.”

“Red T said he can not come to the ceremony. If he leaves the ship their cover would be blown.”

Jayla understood. A sound came over the speaker. “Jayla it is time.” The captain announced.

Once they left the ship Jayla let her beast lead them to where they must go. the Scientist looked at them questioningly.

“Captain what did you tell them?”

“That you are half Anorie. Created in a test tube and is here to seek out the other Anorie on the planet if any of them are still around.”

“They bought that?” Elphin asked

“Yes. I can lie with the best of them. Let’s keep moving.”

They walked into the Anor forest.

Lorac and Sanu walked until they heard a russelling before them.

Lorac motion for Sanu to stay still. They were hearing footsteps coming closer. They both hid behind tall Anor trees just in case it was a stray scientist that they had to take care of.

The captain’s hand was on his gun, but he did not draw.

“We are here to see the leader of the Anorie people,” Elphin said feeling the edge of the blade near his skin.

The two men looked them over. Lorac looked into the woman’s eyes that stood before him. His beast roared so forcefully that he shook. He was looking into the eyes of his mate.

She stood a meter or two lower than him. Her eyes were wild and tamed at the same time. She kept her beast under control.

“Who are you?” Lorac asked the woman at the end of his staff.

Lorac and Sanu walked before Jayla and the others. Leading them to the village. The people stared at them looking at Jayla as if they knew she was the one.

Lorac stopped abruptly causing Le’en to bump into Jayla’s back.

“You will go with Januk and the other’s to prepare for tonight. They will inform you of what must be done.”

“She is half Anorie. We do not know what the other half is but she can not go into the ceremonial preparation with you. No harm will come to her or your companions.”

Jayla looked at them and nodded her approval. Elphin, Macon and Le’em went with Senu as Jayla went with Januk.

Lorac observed the interaction and admired how his mate commanded her people. She looks worthy to be his mate. Only after the ceremony, he would know for sure.

Januk and the other Anorie women bathed Jayla. Then clothed her in the traditional clothing of the Anorie. It was bearly enough clothing to cover her private parts, but she could move in it. They informed her of what must transpire between her and Lorac and if she is truly his mate. Her beast will know.

The sun was setting and it was time to go to the ceremonial garden. The Anorie was humming a song that seemed to rile her beast. It wanted out.  She saw that Lorac was waiting at the opposite end of the garden.

Lorac was muscular and looked strong. She kept her training in mind as she entered the circle.

Once inside the circle, the Anorie sang even louder. Lorac and Jayla circled around each other. Lorac was ready to pounce on her. Every never in her body was on fire. Lorac leaped on Jayla and she flipped him off using her feet on his abdomen.

Lorac did not waste time and changed into his beast. His beast had black fur and broad chest. Its incisors were menacing and he radiated energy. Jayla allowed her beast to come out and take over. Her was the color opposite of Lorac. It was white and her incisors were impressive.

As the beast attacked each other. Jayla managed to keep him off and give a few good nips to show she was not weak in the least. Lorac surprised Jayla by pretending to go after her hind leg. When she turned to protect herself. His jaw grabbed her by the scruff, willing her into submission. Jayla did not submit quickly and it aroused Lorac beast even more.

Once he had her in position, Lorac claimed his mate in front of all the Anorie people. When the initial mating completed.they changed back. Lorac hungered for his mate. Jayla could not deny the pull she had towards him. Lorac leads her to his home and claimed Jayla as a man.

The Anorie people celebrated until the sun rose. As Lorac and Jayla slept and the image appeared to them. This is what they had to do to defeat the Oni. They both woke to stare into each other’s eye’s knowing that they did not have much time to prepare for this battle that is to come.

So Lorac and Jayla have finally mated. I hope you enjoy this story so far. Please stare and I welcome comments. By for now Fia xoxo