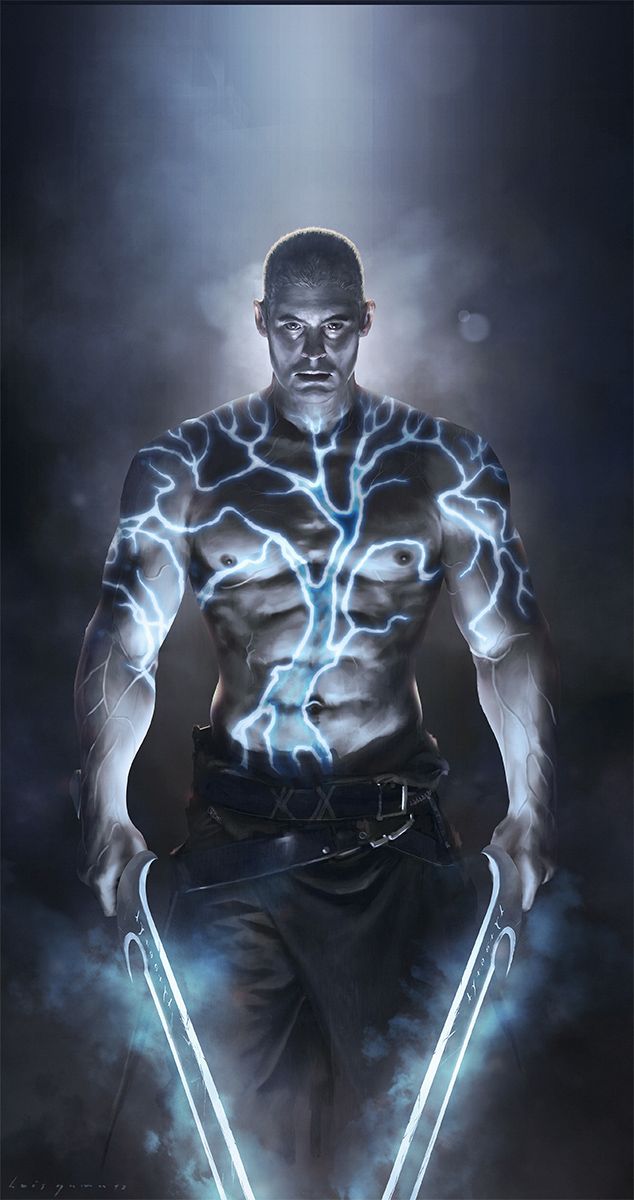 The ship arrived two day’s after departing earth. Jayla went about her duties, as if her mind was not consumed with thoughts of the male prisoner they were about to pick up.

The captain called her to the bridge to inform her they will be docking shortly. Jayla nodded, and left. She went to the docking area awaiting for the captain to arrive so they could (disembark.)

The prisoners name is Elphin So. He was picked up after attacking one of the guards on the quad. The guard is  fine but he must serve hard labor on earth as the court had decreed.

The captain nodded and grabbed the prisoner by the arm and guided him towards the ship. He kept his eyes directed toward the floor purposely not making contact. Jayla could not tell his true skin color since the dirt was everywhere and there was a faint smell. A smell of blood. Her beast did not like that.

“Is the prisoner in good health?” Jayla asked

The guards seemed a bit in easy as she looked them over.

“He is in good health.

Once the captain put him in the room he ordered that he was given clean cloths and to be allowed to shower. Then gave Jayla the command to stand outside to guard him.

The captain looked at the prisoner and told him, “Just because you have a decent place to stay until your confinement do not take my kindness as weakness. Try to escape and you’ll be killed on the spot. You understand?”

The prisoner just nodded and continued to keep looking down. The captain left to go to the bridge. Jayla heard the prisoner move in the room, then the sound of water came on. He was cleaning up. At least she would be able to see if he was one of her kind.

It was an hour into the flight before food was brought for the prisoner. Jayla took it into him and she stopped short. He cleaned up and he looked like her. The eyes were the same color and shape. His coloring was identical. His hair had more waves in it than hers and was an inch shorter. But his shoulders were broad and muscled.

He looked at her with the same curiosity that she gave him. It was the first time that he actually looked up.

“You are Anori Ko?” She asked

“They never told you?” He asked as he stood deathly still.

“Anori Kee is the strength of the Anori people. We are the fighter’s and the protectors of the royal family. Our beasts are meant to destroy without mercy and to defend to the death. The Anori Si is the destined mate to the Ko. They rule the people with regal grace.”

“You smell of royalty.You must claim your right to rule our people. But by birth yes you are royalty. May I ask where you raised?”

“I was brought to earth and studied and you.?

“The Quad city. I was trained to be a servant when I was a young boy.  I want to battle these humans. My beast came out for the first time when I did not summon it, it wanted to battle and the guard was present. I had little control when he shot at me.”

“So is the beast not controllable?” She did not care that he wanted to battle.

“It is a part of us but it will fight to preserve itself. Have you changed yet?” He asked looking her over.

“No I did not. Maybe because the beast comes when I call it easily.”

“I just released the beast recently and it felt like searing pain.”

“You must practice and talk to it. I feel it prowling in you. Are you hungry?”

“I ate before the trip.”

“You had human? They are ok for a curb the appetite but they never really fill us.”

“Not enough. You can have from me. Come and take what you need.”

He looked confused. “From touching they will punish you?”

It dawned what she meant. My Mistress Ki. You can get it different ways. Looked deep into my eyes and I will show you the intimate dance of the Anori energy exchange. The power is pure pleasure.

She looked deep into his eyes and she fell into the depth of his soul. She seen all the beast surround a male and female Anori. As they prowl they would brush against the male and female and the skin lit with energy. Pure and exquisite energy. The male and the female embrased and kissed. Exchanging energy and gifting the others back the full force of the energy exchange.

“What is wrong. It is a beautiful dance.” Elphin said as he watched her.

Jayla left the prisoner and waited for the guard to releave her. She went to her quarters and screamed at the top of her lungs shattering every glass object around her. How dare they take her away from her people. She has been alone for so long, not belonging to anyone, and that short vision she had a community. A shared feeling of completeness.

Her beast wanted revenge. She will get her people back and she will free Elphin. He will help her. It wanted to fight, he will have his chance.She will come up with a plan for the escape in two days.

“Beast you will have your  vengeance.” She felt her clawing wanting out. Her mind thought of Red T. She knew there paths may cross again very soon. That thought had to be put on hold.