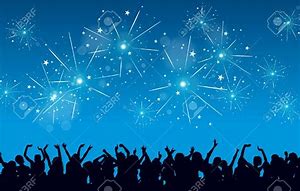 So this is starting off at the point of the battle.

Everyone went to their position to wait for the signal from Julia. The all heard the what was being said. Le’em and Elphin went to the northeast side while the other’s were stationed north, south, and west. The captain and the rest of the crew were with the scientists.

“Le’em when this is over we need to talk.”

Le’em looked at Elphin and could not believe that he could not stay focused on what’s at stake. She gave him a nod. Le’em godor beast started making the noise again and she did not understand why.

She looked around and to her left hidden behind a large dark tree, there was Loeun. That explained why one of her beasts was acting out. The Anor beast seemed content that Elphin was at their side. This was becoming too confusing.

The three of them heard the threat and seen the signal. Elphin grabbed Le’ems hand and their beast sent out a wave of energy that combined with the anorie people.

They stopped and it was time for the godor people. Loeun ran up to Le’em and grabbed her other hand. The godor beast inside of Loeun coaxed Le’em beast to come to the front and draw the energy that was just emitted back into her.

She felt as if her body was going to explode with the amount of energy that was coursing through her. Once the Godor beast drawn out as much as they could, They have seen that something was sent up to the Oni from the scientist. It was powerful enough to annihilate the Oni.

The explosion left grey dust covering the planet as well as metal objects falling all around them.

Le’em looked at both of her hands and seen that Elphin and Loeun had not let go. She looked at both men in their eyes and knew what her decision was, but would they be able to handle it?

The people of Anor waited for a few days for the sky to clear before they celebrated their victory over the Oni. The Godor’s had gone back to their homes but they promised to return for the celebration.

Le’em had managed to avoid Elphin up until the day of the celebration. Elphin cornered her in the exercise room against the weights.

“Le’em, we are going to talk. It will be either here or someplace more private but it will happen now.”

She knew she could not avoid it any longer.”Alright, let’s go to my quarter’s.”

The walk was short, but it felt as if she was walking a mile. Her anorie beast was hopping around inside of her. It wanted its mate and it had not been happy that she was not close to him. The Godor beast is feeling down. She knew what needed to be done.

Once the door closed she turned to Elphin and took a deep breath before she spoke.

“Elphin I know your beast has claimed mine but have you? Before you answer I must tell you that I can not have a traditional anorie relationship. I have two beasts and they both want to be mated.”

“So you are telling me that I must go against my instincts and share what is mine?”

Le’em waited for Elphin’s answer. She knew it would be hard for him and his beast to handle.

Le’em smile and hugged him.

“How will we handle this?”

“I had not figured everything out yet but I must tell Loeum the same thing I have told you.

“Before You tell him, can I as for thing?”

“I will make you happy.”

“You have already.” Le’ems anorie beast purred its joy at being held by her mate while her godor beast whimpered inside.

Elphin left Le’em in her quarters to prepare to tonight’s celebration. She had asked what would be pleasing to see to an anorie male and a godor male. She came up with an outfit she hoped that the two males would appreciate her in.

The celebration was in full swing when the Godor people arrived. They brought food and drinks to join in. Loeun searched for Le’em and when he found her he could not hold his mouth closed,

She wore the traditional color of the gordor people and yet she showed enough skin that it was appealing to an anorie.

Loeum walked up to Le’em and couldn’t hold himself back from taking her hand. Elphin has seen what was happening and held himself back. She was going to be their mate and he had to train himself to control his possessive instincts.

“Loeun we need to talk please come with me.” Le’em asked. he followed with no question.

Once inside her quarters, she turned to look at Loeun. He looked around her room before his attention went back on her.

“Loeun I know you want to claim me as your mate but I have to tell you I can not have just one mate.”

“Yes, the wise woman in our village told me when I was young that I will mate with a woman with whom I had to share.”

“Did that not upset you?”

“No. I do not think I could fulfill all the needs of a mate on my own. After I was told I would have to share a mate I thought it would be with another godor, not anorie.”

“Is that going to be a problem?”

“It should not as long as we can all agree on certain things. Oh and I do have a temper as I see your other mate has as well. So I will try to keep calm but I will not back down from a fight.”

“Thank you for being honest with me.”

“How does your beast feel about this union?”

“The both of them are trying to out-sing each other. It’s getting quite loud in here.”

“Loeum laughed and it made him look more attractive to her. He was a taller man than Elphin so she had to think things out.”

Le’em walked closer to him and he stopped laughing and looked at his mate. “Will, you not kiss your mate Loeun?”

He slightly bent down and kissed Le’em softly. His kiss was different from Elphins. It was like he was memorizing the very texture of her mouth. He savored her taste and with every swipe of his tongue, the fire with her grew hotter.

Le’em broke the kiss reluctantly. “We have to return and announce to every one of our matings. ”

“I did not think of how we would blend out rituals. They are different. We will figure it out. Let’s go tell Elphin that we are going to be a family.”

AS Le’em and Loeun emerged from the ship they went to Elphin and told. All three of them were smiling and could not wait to announce to all that was there.

Loeun said the same. As they all quieted down Elphin spoke first.

“I am happy to announce that Le’em has agreed to become Loeun and my mate.”

Loeun said the same to his people and after the shock wore off everyone cheered.

The celebration went well into the morning.

The leader’s of the Anorie and Gordor people were happy because this mating will unify them both.

Hello, my fire starters. So I hope you enjoying Fantasy Friday. There is a mating ceremony coming and it’s going to be amazing. All comment and like are welcomed and encouraged. The best compliment is telling somebody about the story. Until next we meet. XOXO