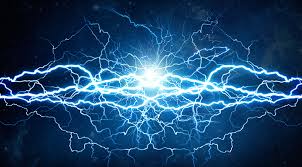 Jayla could not sleep with thoughts of how she was stolen from her people replaying in her head. Several plans came to mind of how to aid in the escape of Elphin.  None of them seemed feasible. It was almost time to change shifts and she was feeling a bit depleted in energy.

She did not want to get kicked off the ship because of breaking the captains rules but her energy level was adequate. She decided that she would take Elphin’s offer and take some energy from him.

Jayla went to relieve the other officer on guard when she was stopped by Dakota.  Dakota a five feet eleven inch, broad shoulder, red-head, that had developed an interest in her. She had gently turned him down several times but he kept persisting.

“Jayla the captain wants to speak to you before you start your shift.”

Jayla nodded her head and started to make her way to the bridge. She found it odd that Dakota did not try his usual antics and make a pass. She brushed it off as he finally gotten the hint. Dakota followed close behind as they continued walking to the bridge.

“Captain.” Dakota called out to get his attention.

“Thank you, your dismissed.”

Dakota left without a single word uttered to Jayla. She did not like this at all.

“Captain you called for me?”

“Yes. At ease. Let’s go to my office. I need a word.” The captain walked to the office off to the side of the bridge and sat down at his desk.

“I have decided to leave the order. Only a hand full of crewman knows of my plans and I want you to join me when I leave.”

“Why? I thought the order was taking good care of us.”

“I do not agree with the orders they are enforcing us to follow. I will not be a part of what they have planned. I was never part of what they did to your people. I felt it was immoral and not necessary. Now they want us to go to a distant planet and almost do the same. I do not deal out death because other’s are in fear of power.”

Jayla looked at her captain. Really looked at him to see if there is  sincerity in his voice. He never treated her wrong or put his crew in unnecessary danger.

“Once you leave I have my own agenda captain.”

The captain smiled and shook his head. “Your people? They are scattered and I am pretty sure are ignorant of their capabilities. The scientist wanted it that way.”

“You knew? You knew what they were doing and stood by.” Jayla anger was evident in her voice. Her beast roamed to the surface.

“Calm down. I could nothing at the time. I had no ship or funds to fight against them.”

“You would have fought for us?” Jayla skepticism was evident.

The captain knew the planet they were taken from. It was inhabited by the order. There were no Anori there as by their decree. It seemed as if they were frightened to have them there.

“No. You will get killed and I can not have that on my conscience.”

“I will be on the kill list anyway, once I leave. I will be considered a pirate. So my offer stands.”

“What will you get out of it?”

“If we can pull this off. I want safe passage on the planet.”

Jayla had to think on what is transpiring. Things are happening quickly as Red T probably already knew.

“I would need the prisoner freed and I have to get Red T back.”

“That is allot you want.”

“Are you going to help me or not?”

The captain smiled and nodded. “Well if I’m going to be on the kill list it might as well have a better reason than stealing my own ship. Come to my quarters after your shift. Tell no one and trust no one.”

“I can get it from the prisoner.”

“Your going to fuck the prisoner? You just met.”

Jayla looked him straight in the eyes and said,” Your concern is for your crew. Right now as the crew I need energy. He is my energy source for the moment.”

The captain got a glimpse of the beast behind her eye’s. It was the first time he felt nervous around her.

“Fine I can give you three minutes of privacy with out camera’s on. I will watch for a nodded from you. Only three minutes understand?”

Jayla nodded, then left. The captain followed behind taking over the helm.

Jayla relieved the guard on board and waited till the prisoners breakfast arrived to go inside the room.

“Listen I have only three minutes for this energy exchange. What will I need to do?”

Elphin looked at the camera, indicating that they were being watched.

“Once there off take pants off. Leave undergarments on. Leave the rest to me. Oh stand still.” He said

Jayla nodded giving the captain the signal. The camera light went off. immediately she took her pants off leaving her legs exposed. Elphin took his top off and transformed into the beast. He prowled around Jayla smelling her scent.

It rubbed its body while vibrating sound escaped him. Jayla was feeling heat. Wave upon wave of heat going through her body. Her energy was increasing enough that her beast wanted out.

She stood as still as she could. “Elphin this is incredible.” She never felt energy like that.

The beast walked away and changed back into Elphin. Jayla stood there staring at him.

“You must put your pants back on. The time is almost up.”

Jayla forced her limbs to move. The immense power felt as if it wanted to be released. Elphin pulled his shirt on and moved to his bed breathing heavily.

“You must go to your quarters and shift. The energy you absorbed has to be released a little. The shift will do that.” As he talked he started to fall asleep.

Jayla went to her post and called for another officer to relieve her, for a break. he was surprised since she never requested that before but he did not complain.

She made it back to her quarters and spoke to the beast.

“You must come forward. I do not know what I am to do?”

The beast pushed forward with a grand roar. Thank goodness the rooms were sound proof. The beast prowled and groomed itself.

Jayla manage to touch the spot where Red T instructed and the beast went in. She felt as if she had a gallon on coffee. Now to get a plan in motion.