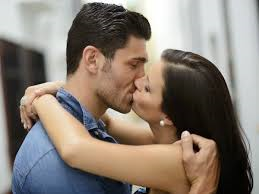 The impending arrival of the Oni is almost upon the Anorie people. Jayla woke before dawn with the vision of what must be done in the forefront of her mind. She looked out of the opening of Loracs home and stared at the sky.

It was rare to see the clear sky. The earth’s sky had been darkened by all the experiments that had been done by the biologist trying to help the environment. She heard Lorac move behind her.

She thought that she would feel odd being mated and she truly did not know what this being mated entailed. She will have to wait and see if it would be worth sticking around after they defeat the Oni.

“You alright?” She heard being asked from behind her.

“Yes. Thanks for asking,” she said without turning to face him.

“I was not raised speaking your language but I have learned enough to speak to you.”

Jayla turned around and looked at Lorac. He stood before her without covering himself.

“You speak very well. Are you going to cover your self?”

“Why? We are in our home. No other will come inside. Also, my beast likes to feel free.”

Jayla never thought about what her beast would like”So we are mated now.”

“Yes. You are mine mate for life. You are a very strong female. You fought very well and your beast did as well.”

Jayla smiled at his compliment.

“So what am I supposed to do as a mate?”

Lorac smile and turned away giving his back to her so he could lift a maroon and rose-colored fabric and put it around him.

“I thought your beast liked to be free.”

“He does but I sense that your beast wanted me to be covered and so my beast complied.”

“They communicate with each other?”

“Yes. The bond is in place. You are to lead the female anorie. You can teach them your skill of fighting. In the past, the Anorie females always fought beside their mates.”

Well, that was something she could do.

“Also we will mate often. We exchange energy which keeps the anorie strong.”

“How is out mating keep them strong?”

“We get out strength from the ground. At a time of great need, we will call upon the great power to defeat our enemy.”

“We get it from the earth. Is that why we slept on the ground.”

“Yes for our first night. We had to mate on the earth. I do have a soft pallet that is above the ground.”

She had a lot to learn but she needed to bring up the matter at hand.

“I had a dream of the Oni and how we could defeat it. But I do not understand it.”

“I had the same dream we are linked now. I seen the darkness surrounded by the light. We have to get through the light so we can defeat the large darkness. We can produce enough energy to destroy it.”

“But we can not destroy the first layer.”

“No we can not but the Godor can.”

The will take the outer energy in. Then we can destroy it.”

“Then let’s go talk to the Godor.”

We can not. they are our enemy.”

“We need their help.” She said a tad bit too loud.

“Alright will go to Godor but you must take care. They will love to kill my mate. To bring despair to our people.”

Jayla sat back down on the pallet to see if she feel the energy. Lorac sat beside her. He took her hand and placed it in the soil.  There was a vibration a humm within. She did not feel that before.

Lorac looked at his mate and admired the strength she has shown. Her soft hair that grazed her shoulders and lips that were slightly swollen from the hungered kiss he had given her. He was happy he waited for her.

“Why are you staring at me?”

“You are an attractive female and I want to enjoy the sight of you.”

‘For someone who was not perfect at speaking he knew exactly what to say to make her feel a little uncomfortable.’ she thought.

“Why do you turn red? Are you alright?”

“Yes. I am not used to someone staring at me.”

“I am your mate. I will stare and at times smell your skin. The beast needs the connection and so do I.”

Lorac leaned in and kissed Jayla. Not as urgently as before. It was delicate and suggestive.

“We do not have to mate again for a while we are bonded but I desire you once more.”

For the life of her, she was getting aroused again herself. She wanted Lorac as much as he wanted her.

She kissed him back softly and leaned into him so he would lay back.

“No one will come in, correct?”

“No one will know who is in  the dominant position.”

Lorac looked at his mate and he wanted to make her happy so he allowed her to be on top.

The mating was different and very enjoyable. Lorac looked onto his mate while she slept. She was more than he ever hoped and they will survive the Oni.