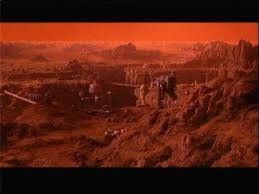 It’s not the earth they show on the vid scan of years past. No, it’s a world that almost lost the north and south pole, so they created a dome to contain what little was left of them.

The ocean was drying out from the extreme heat that came from the sun’s solar flares. Years ago they would find sea creatures washed up on the shore, bloated as if they were being boiled in the very ocean they lived in.

Around this time was when the scientist took control of the world and the government changed drastically. Everyone belonged to a scientific sector. Children went to school to learn science of all kind. If they did not fit into the scientific scheme, then they were commission as military space travelers or were chosen as trade specimens for other species. Parents had not right to protect their off spring.

There were many deaths as the scientists attempted to breach space.  We were then visited by extraterrestrial. They traded space travel knowledge, in return we supplied them with human specimens. It was all legal since the constitution was changed for the benefit of the scientists to grow in knowledge.

Jayla did not feel at home on the planet earth. From the moment she could remember. Every thing about earth was wrong. It smelled wrong. People acted wrong and just being there was wrong.

Now she was back to find “mother”. Hopefully she did not move from the last location that she could remember.

She walked up to the door that sat in the middle of a square home, in what used to be considered suburbia. Now it’s sci row. Rows and rows of square houses, with doors in the center of them.

Jayla knocked on the door expecting no one to answer. But a familiar voice called out, “come in. The door is always open.”

She walked in feeling uneasy. Nothing changed since she was taken. She walked into the living room where she saw her. Mother. She did not change at all from where she stood. How was that possible?

“Mother.” she said without revealing any emotion.

She looked up and She noticed that mother had a deformity to the right side of her face. It was not there before.

“Jayla you’ve returned. I’ve waited but you never came back. Now your here.”

“Why? Was I supposed to return?” Jayla was confused over her statement.

“They told me that when they were done, they would send you back to me. But you ran away and you never came back.”

Jayla stood there trying to understand what was being said to her?

“They never told me I would return. They just watched and tested me.”

“I’m so sorry. I had to call them,. My husband was scared to keep you when you hit puberty. He felt we kept you to long.”

“Kept like a pet. I do not wish to hear any more. I came to ask about my  people. What do you know of them?”

Mother looked down and Jayla seen a tear slide down her cheek.

“Your people were a brave and powerful being. The scientist became fascinated in learning about them so the offered to trade our own with theirs. But they refused. The Arion had enemies and the scientist in their greedy rage made an agreement with their enemies, to wipe all of them out. Except the children.

Only the people on Sci Row could have a child to raise until puberty. Then we were told to call. I never wanted to call. But he was afraid.”

“That we could not suppress the beast that was with in you. But I did. I played the music that they gave us every night and it helped to control the beast. It never surfaced.”

Jayla was trying to remember the music that she was talking about. She looked at mother with contempt. She help stunt her evolution because of fear.

The one that’s on the vid phone. Play it.”

Jayla walked over and seen the song that was on the vid. A simple nursery rhyme. She did not understand why she still had it displayed there.

“It has hidden words to control the beast. Play it.”

Jayla looked at her with confusion. “Why do you want me to play it so badly?”

Mother looked down and another tear fell.

It was time for her to go.

“Jayla go find your people. You are an Anori Si. You must find an Anori Ko.”

“Your full potential will be revealed when you find the Ko.”

Jayla looked at her one last time before she left. She would never return to her again.

Jayla had more question’s than answer’s. She left quickly. There was a shift. She felt it, as mother kept pushing her to play the song. The scientists are coming.

The ship departed on time. Jayla was ready to see another of her kind. She fed on a willing human before the mission. Red T was sentenced to be killed in ten days time.

Jayla wished she could have helped him but his mission was clear to him. Her’s is still being revealed.

An Anori male. What would he look like? She decided not to dwell too much on it. This male that they are going to collect may not be Anori. Why get her hopes up, for it to be dashed away in space.

“Jayla once we collect the prisoner, put him in the quarters that Red T had occupied.”

“Why sir? We have other holding facilities.”

“Do as I say. I will not repeat my orders. You will stand guard and rotate shifts the same way as with Red T.” With that the captain walked off to his quarters.

Jayla stood on the bridge looking out at space and wondering what was next for her. Everything felt as if she was being guided towards something. She did not like not having control. Who would?

(So my fantasy followers are we keeping our Jayla busy and confused? I should say so. Please follow and comment. I would love to hear from you.)