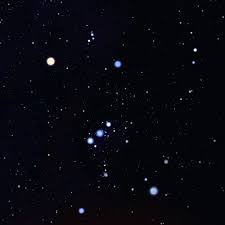 Jayla stood in her room and stared out her window at endless space. What could Red T know about her race. He could be making every thing up to get her to set him free. But he said he didn’t want to be set free.

She did not understand what his motive was to being captured and she really did not care. He was right about one thing. She was hungry and she did not have any prospects until they dock in five days.

She could feed from him and leave before anyone would find out. But that was near impossible. She decided to just go into sleep phase until her shift the next evening.

Sleep phase was not as peaceful as the night before but it was time to assume her shift as guard for Red T.

Walking up to Mitchum A. the guard on duty she felt an odd shift in the area. She could tell that he felt nothing unusual. Human’s are still not in touch with the slight odd shifts that surrounds them.

“I am here to releave you of duty.” He nodded and informed her that the prisoner had been quiet since she left her shift. Jayla nodded and assumed her post. She stood there for over an hour before Red T. decided to speak.

She knew he already knew the answer to that question. Jayla continued to look straight and not get involved with any conversation with Red T.

“Your starving and I am will to help. Are you that stubborn Anori?”

Jayla was trying her best not to go in there and snap his neck.

“I can not feed off of you. You are a prisoner.”

“If you are afraid of being seen I have taken care of that. Come inside and I will help you transition.”

Jayla knew this was going to a death sentence if she is found out. The only one that knew of her circumstance is the ships captain. She did not want to ruin his trust in her. But she was starving.

“My name is Jayla Ameri. Not Anori. She said as she stormed into the room, with hunger driving her instead of common sense. Alright hurry,take your cloths off and lay on the bed.”

Red T stood by the window and smiled at her. “There is no need.”

“You lied to me. You said you are a willing participant for me to feed from.”

“Yes it is most effective.”

“Damn.” He looked at her with pity in his eye’s.

“Stand before me Jayla Ameri.” He said with power behind it.

Jayla stood before him and she felt as if she stepped into a vibrating tube that confined her to that spot.

What you will feel is my power feeding you. Once I see that you have your fill, I will then set the cor-ne-quen in motion.

Jayla heard what he said but her understanding was being muffled by her feeding. Every cell in her was devouring his power that was being washed over her. It was getting to the point that she was on the verge of doubling over from spaming muscles. She suddenly felt Red T touch the base of her neck and surge of burning followed.

Jayla crumbled to the floor feeling s if her skin was being sliced opened. She tried to look at Red T but her vision was abscued. He looked as if he lost all color around him. She yelled out from the pain it did not sound normal.

What did he do?

“Jayla Your almost fully transformed. try to relax through the pain. I do not have instruction on how to deal with this. Just a few more seconds.

Again Jayla yelled and a strange howl was released. The pain started to some what subside. She tried to get up but her hands, were long clawed paws with a gleaming light streaming from the tip and running up her arm.

She looked at Red T and he was sporting the biggest smile.

“You have fully transformed.” He motioned for her to go to the long length mirror.

She walked over to be shocked at her appearance. She was a large glowing wolf like creature, with fangs longer than any animal she has ever seen in her life. She wanted to turn back. She looked at Red T and he nodded as if she asked him something.

He walked over and touched a spot on her ear and she felt as if her skin was falling off her body. She laid there panting from the sudden change and fought the urge to leap up and tear Red T. to pieces.

“Jayla that is what you truly are. You do not need sex to feed and you are a warrior of your race.”

“A warrior of a race that is extinct. Why show me this? I could pretend I was closer to human. Now I have no one.” She decided that she was tired of fighting the over loaded feeling back and cried.

Red T went to her and whispered,” your race is not extinct. The children have been scattered through out the universe, in hopes that you all will never become a powerful people you once were. I released the cor-ne-quen because your time is now to find and unite them. There is a great shift about to occur and you must be ready to fight.

Find them, start a new life and prepare. The Oni is coming.”

With that being said Red T stood and went back to the window and gazed out.

“I do not have much time left. My predecessor is on the planet your delivering me to. She will seek the Anori out for assistance. She will have this.” He showed a glowing gem the shape of a star.

“A repayment for helping you. Please help her.”

“I can never change on my own. You had to touch my neck.”

“I touched it to open it. No one wanted to set you free. Closing it you must psychically will your self back. I pulled some power back to transform you back. Oh you must be fully feed to transform. It spends enormous amount of energy. You must go now. My power is almost fully spent. they will see you in my chamber.”

Jayla stood on shaky legs and went back to her post. She felt the shift, she felt earlier dissipate. Red T was quiet for hours. So was Jayla.

(What is the Oni and why were only the children taken? Will Jayla be strong enough to find her people or will normalcy of being human win out? If you enjoy the Fantasy Friday’s please follow and comment. I love feed back.)