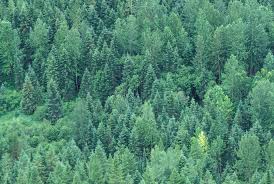 Jayla walked out of Loracs home to have a better grasp of the people she was supposed to lead.

It was late morning and the Anorie people were already up doing their daily tasks. A couple of the young children noticed Jayla coming out and whispered to each other as they stared at her.

“Why are you whispering?”

The children looked at her with a puzzled look on their face.

“They do not understand what you are saying,” Lorac said behind her.

“Yes, they speak anorie. As children, we are taught our language first and when we start to enter our first adult phase we begin to learn your language.”

Jayla knew she had a lot to learn about them but she did not have much time.

“Lorac I have to go to my ship soon to get the others.”

“They are outsiders. They are not allowed to stay with our people.”

“You remember the vision?”

“We have to get more people involved in the fight. The anorie is not enough.”

“So you believe your people will help defeat the Oni?”

“Not only my people, my friends but we must get the Godor to help.”

“We cannot. We are enemies.”

“Well, Lorac we have to have a truce.”

“We have to come together for the battle then you can return to being enemies.”

“They will be hard to find and they will not be swayed easily.”

“Maybe they will. I have an idea. But I must return to my friends on the ship.”

“I will take you there,  after we feed.”

Jayla did not disagree about eating. She was ravenous and a bit jittery from the amount of energy she was carrying around.

After breakfast Jayla, Lorac, and Sanu went to the ship. Lorac and Sanu did not want to go on the ship but Lorac could not leave his mate and where Lorac goes Sanu follows.

Jayla went straight to the deck of the ship. She knew the captain would be there plotting a course some where.

“He looked up and a slight smile fashed across his face until he seen her company.”

“So do you know what we have to do to defeat the thing?”

“The Anorie will defeat the Oni.” Sanu said while being slightly restrained by Lorac’s arm.

“I did not mean to rile you but we came here with Jayla to help her defeat this thing.”

Jayla turned to Lorac and nodded yes to him. Lorac said something in their language which calmed Sanu down.

“Where are the other?”

“About the ship. I can gather them here if you like?”

“I would appreciate that captain.”

The captain got on the com and called everyone to the bridge. Sanu looked up to see where his voice was traveling from.

One by one they all gathered onto the bridge. All eyes were on Jayla and her mate. She informed them about the information that they both received.

“So what is the plan?” Elphin asked.

“We need to get more people involved with this fight. Especially the Godor. We must seek them out and get them to help.”

“Generally people don’t just help, just because you ask them. You need to dangle something enticing in front of them.” The captain said as he kept his eye’s on Sanu. The tension between them felt as thick as tar.

“Well we don’t have anything to offer but their lives.”

“I will go with you Jayla.” Elphin immediately volunteered.

“So will I.” Le’em said as she stood next to Elphin.

Jayla looked at Le’em and noticed that her confidence was improving.

“I will not leave my mate on this trek.”

“I will not leave Lorac side.” Sanu chimed in.

Jayla hoped that persuading the Godor would be successful. “We will leave with in the hour. Whom ever decides to come be prepared for anything.”

The group disbanded and the captain motioned Jayla to go to the side so he could talk to her.

As she moved so did Lorac. Jayla turned and placed her hand on his chest to stop him from proceeding.

“Give me a moment with the captain alone.”

Lorac did not like another male to be near Jayla but he knew she did not know what he was battling inside to give her what she asked. He nodded his agreement.

Jayla walked over to the captain and as he waited leaning against the wall.

“Are you alright? He seems a bit clingy.”

“I am fine captain. Female do not converse with other males unless unmated or there mates are beside them.”

“As long as your ok with this.”

“So let’s arm up shall we?” the captain walked passed the two Anorie males, purposely nudging Sanu.

Jayla smiled and walked back to Lorac and Sanu. Lorac and his beast was pleased to have her by them .

I hope you are enjoying the Fantasy Friday story. If you do please like and subscribe. All comments are welcomed.