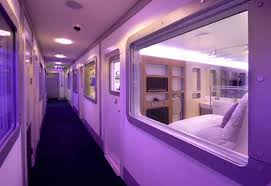 As the ship gets on it’s way and most of the crew was getting rest. Elphin decided it was time to confront the female they rescued off the planet. After Jayla took care of her in sick bae and made sure that she was not caring anything that could possible get the rest of the crew sick. Elphin escorted her to one of the  sleeping quarters.

The walk to her quarters Elphin tried to keep his beast under control. It too felt something wrong with the female. Elphin walked up to the door and waited until she allowed him in after the ship announced he was waiting.

The door opened with the young woman standing before it. After cleaning up her dirty hair was a brownish red and across the bridge of her nose was a trail of  freckles. Her eyes shown more of the anori than he would have liked.  His beast took a deep smell of her and it felt uneasy.

Elphin walked in and waited until the door closed before he confronted her.

Elphin walked around her looking her over. “What are you?”

“Why do you stalk me anori?” She asked as she crouched preparing for an attack.

“You smell anori but not fully and my beast does not sense yours. What are you?”

“Not impossible. My mother was Anori and my father was Godor.”

“You can not house two beast at once. Do you shift?”

“My beast has never surfaced. My mother said when the time is right it will come forward.”

Elphin still could not sense her beast and that made her story a bit hard to believe.

“You have already and you did not sense anything. Why would that change now.”

“I did not push my power into you to see if your beast will stir.”

“The young woman looked a bit nervous but was willing to allow his experiment.”

“What is your name?”

He never asked for her name before. “It is Le’em.”

“Alright Le’em hold still and place your hands in mine.”

He held out his hands waiting for her to do what he said. Le’em placed her hands on his and she felt a light prickle go through her. Something deep inside moved, then disappeared. She also felt something else move as well. Two distinct feelings, stirred then stopped.

Elphin with drew his hands and looked into her eyes and noticed they both changed different colors then returned.

“What was that? Was that my beast?”

“Yes you are anori and godor. It is impossible that you hold to opposite beast inside without going insane. How old are you?”

“Why? would that make a difference?”

“Your beast should have caused you to seek out for energy. Have you feed it yet. Maybe it is weak and that is why you have not awaken the beast.”

Le’em looked at her feet and walked away from Elphin. I have not had the urge to seek out energy. I focused on my survival after my mother was killed.

“Do you know how to get the energy?”

“So I can give you some so you can change.”

“I will not be with you intimately.”

Elphin looked at her with annoyance. “It does not have to be an intimate exchange. I will not be intimate with another until my mate presents her self.”

“Of course I have but it was shallow and I did not enjoy it. So I swore off it until she appears. Do you want to energy?”

“Something else stired inside me as well.”

“Yes that is the Godor. It is a beast that swallows energy. It is the opposite of who we are. But I am willing to see if your anori beast is stronger than the godor.”

“I have to think about it. What do our people do to the godor’s?”

Le’em sat on her bed with her mouth open appearing to be in shock. “Will you kill me?”

“There is so little of us and you are a half breed. I will not.”

“You are safe because Layla wants it so. I am going. Tonight I will not tell Layla but I will inform her tomorrow. You should not be a worry on her mind as she makes sure we are safe with this new crew.”

Elphin turned and approached the door before it opened Le’em stopped him by placing a hand on his shoulder.

“May I call you Elphin?”

Elphin’s beast paced but it did not claw or roared it’s protest.

“He nodded his approval without looking at her, then left.”

What poses a godor and an anori to mate? He had never heard of such a pairing. His knowledge only when so far. His grandparent’s told him stories about the godor when he was a boy. The stories were not good. He had to think on this new situation. How will they be able to handle a beast that will neutralize their energy. How will her beast be able to come out? They needed to find their people soon.

Hey my fire starters so the female is a crossbreed of two species that are natural enemies. How is that going to help the situation I ask. If you like the story hit that star and follow. Comments are always welcomed.