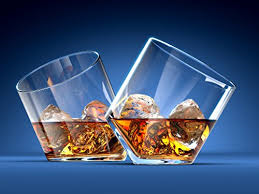 The planet of Anor composition is tropical. The temperature does not go below sixty-five degree’s (18.3c) and the most hottest day’s can feel as if it was a hundred degree’s(37.7c).

The inhabitant’s were the Anorie and on the opposite side of the planet were the Godor. Two humanoid species with special capabilities that was discovered by the earth scientist.

The Anorie species are a bold and prideful race. they did not shy away from a threat. The attack first. This way of thinking annihilated most of the species. The scientist collected the children to study and find out where there source of power came from. Quite a few children died from their barbaric experiments, but a few survived to be observed like lab rats, until they came of age and escaped their captures.

The Gordor on the other hand hid in the shadows. They do not go head first into war they plan and calculate when is the best time to strike and study their enemies for their weakness. So of them were discovered by the scientist but instead of capture the chose to end their lives.

Red T told the history to Jayla as she sat in her room listening to the tale. She understood the feeling of wanting to attack and get rid of the threat. But how would that help her people fend off the Oni?

“Okay so the scientist are derange bastards, but what am I supposed to do against the Oni?”

“Like I told you before once you are mated then the answer will come to you.” Red T told Jayla as his attention started to wonder else where.

“Elphin is there anything I have to know about the mating other than having sex with this guy?”

Elphin looked at Jayla with a smile on his face. “Yes there is more to it.”

“An Anorie mating ritual is witness by everyone. The male is presented to the female and the beasts tend to rise to the surface. There Anori’s start to make a low pitch sound that is not audible to human’s but to other animal’s it is. It signals the beasts to proceed towards each other. Once the male and female are close enough, the male will try to dominate you by grabbing hold of you. Your female instinct will come into play and avoid capture. This tends to make the male more, more amorous. At this point he will change into his beast and you will change into yours. If you are compatible things will work out as nature intended.”

“So we have to be together as beast?”

“Only the first time.”

“I did not hear anything about privacy while mating, Elphin.”

“Well, in beast form there is no need for privacy.”

“So we have to do this in front of everyone.”

“Yes, for the ritual to be binding.”

“Now there is more to this that I was not told since I was taken early but there will be elder’s there to guide you through the process.”

“Can I get a drink?” She sounded slightly panicked.

“Why worry needlessly? We will so be there and everything will fall into place.”

“Easy for you to say. Elphin, does everyone have to go through this public mating?”

He looked away knowing she would not the answer he would give her.

“Great, so just me and Romeo, who ever he is in front of the crowd.”

Jayla stood up and left the two men alone in her room. She needed air, that did not have so much testosterone in it.

The people of Anor waited so long for their leader to be mated. Majority of the females tried to see if the mating would bond them but it never succeeded.

Lorac had eventually stopped trying and decided to wait for his mate. As he laid asleep in his home. He dreamt of his mate in beast form. She was strong and defiant. Her eyes spoke the most to him. His beast began to purr as he slept.

Sanu walked by Lorac place and he recognized the sound. That was the sound the beasts make when their mate is near. His hope for his friend and leader was coming true. They had to be patient a little bit longer. He will spread the word in the morning to prepare for her arrival.

So Jayla and Lorac are near. She maybe nervous of the mating but she will do what is called for. If you like what you are reading please follow and hit the like button. All comments are welcomed.