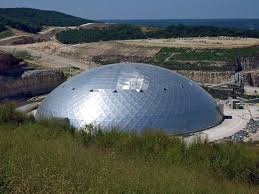 As the trio continued, their trek deeper into the woods to find the Womb. The King set out to the guards at the bridge as the queen suggested.

It took them two days to reach the entrance of the womb. It was magically hidden from non magical beings. the information that was stored inside could destroy the whole world.

Ryan, angelica’s uncle walked up to the hidden door and tried  to push it open. It would not budge. Angelica tried next and still no movement. Nester reached out to pushed it open and he was scratched by a thorn that was not there a moment ago.

The earth trembled as the door began to open. There was no light inside and the three were not about to turn around without answer’s.

“Why is it every where something magical occurs it is always dark?” Angelica said softly not sure if something was hidden in the dark emptiness of the womb.

The three proceeded inside and the door closed behind them.

“Welcome Enor, we have waited for your return.”

Voices coming from every direction were speaking out of synch.

“Who is speaking? I can not see who you are, please reveal yourselves.”

Light began to emerge in the distance of the womb until it was bright enough for them to see four people dressed in clothing that was not from their world.

“You have not answered my question. Who are you? Nester asked again as he looked the four beings over.

Angelica and Ryan stood together on the ready for a battle. These being could not be trusted as far as they are concerned.

“We are the Enors from the past. We have been guarding the womb since time began and we were waiting for you to arrive.”

“Why were you waiting for him?” Angelica asked.

“He is the new guardian of the Womb.”

Nester was afraid of that.

“I have no training or knowledge of magic to protect this place or anyone else for that matter.”

The four beings looked at each other than at Nester. “You will come with us. You two may go down that hall. The book you seek will be there. Just call to it and it will come to you.”

Ryan and angelica wanted to stop them from taking Nester but thought other wise. This is his chance to find out who he is and who his people are.

The walk down the hall behind the beings seemed to take forever.

“Asks your question.” The male on the right side of him said as he kept walking and looking forward. Not once making eye contact with him.

“What is an Enor? I do not understand any of this.”

“You will enter the room of Enor history. At the end of it, if you have any questions we will be here to assist you in finding out the suitable answer.”

Nester felt as if they were avoiding his questions and it was making him feel more ill at ease the deeper they went. He could not help but to worry about his companions. Hopefully they were alright.

They walked into a room that mirrored the night. With the stars lighting up the sky, Yet there was no moon.

“We are in the room of history. We will not teach you all of this as quickly as we would teach a younger child. You brain will only tolerate a small amount of information at a time. We will start at your beginning.”

“I do not know if I should feel insulted or nervous.”

“We do not mean to injure your person but we are honest in what we say. We ENOR are being that come from the sky as they say. A far, far distance from here. We go to planets to see if we are compatible with other forms of life. ”

The ENOR on the left began speaking. “We come to discover that we are compatible with many life forms. So we choose a life form from these planets and produce offspring according to their biology.”

That lost Nester. ” According to their biology?”

“Yes your species incubate their young for nine moon cycles. Other are shorter or longer depending on the species. You came exactly on the ninth moon cycle and was left in the care of the male who help create you. As we observed he was taken away and killed when you were young so you were brought here for a time. Once you were old enough we wiped your memories of us away. ”

“Why? What reason did you have to do such a thing?”

“To protect you from harm and to wait until you matured with the knowledge of what these being can offer you. Yet they were not willing to show you any thing at all and used you as they felt fit. So sent a desire to you.”

“Yes. For you to want to learn magic and find a teacher. That way you will find your way back to us and we will unlock you natural abilities as well as return your memories.”

Nester began to feel as if heat was rising off his body. How dare they choose how he lived. He had nothing and became a thing for the queen to use at her command.

“You left me with those evil people, to learn their ways? I wish I was never created. They are selfish and cruel. The rare few are worth saving. I was lonely and had to fend for myself. Even now I had to defend my self to keep from being taken back to that sadistic queen.”

The four ENOR’s looked at each other and nodded. “We are sorry for this. Since you have made it here, we can unlock what is inside of you, for you to become who you truly are.”

“What is that? One of you? So I can create and abandon my child. No that is not going to happen.”

“You are right. It will not happen. You were created for a purpose. That purpose will come to you in time but you must accept that you are more than what these being are. Your power is muted due to your lack of training.”

“We have but a short period of time left. These archived manuals will continue your knowledge were we can not complete. Time is truly not with us. Shall we proceed to unlock your inner power.”

Nester did not fully trust these beings but he was tired of not knowing who he was and what he was capable of.

“Is there a catch to this? Will I die sooner or lose my sight?”

The four looked at each other. “Yes in the future there will be others that will seek you out for guidance. You will be the guardian of the WOMB.”

“Do you mean to tell me that I will live the rest of my life alone in here?”

“No. You will have a partner in life. She was chosen for you since birth.”

Nester could not believe what was happening at that moment.

“Enough stalling. We must proceed or you must leave without your inner self being set free.”

“Well I survived this long without it.”

“Barely. We watched and guided when appropriate. ”

Nester never ran away from anything before the queen.

The four ENOR dropped their robes revealing glowing bodies. It shined brighter than anything he’s seen before. the four reached out with there left hands and a beam of light went straight through Nester. It caused pain he never felt before. He could hear things break inside his body and felt other things shift to accommodate something.

Then it happened a pain so sharp and intense he felt his chest cave into itself. He could not scream or breath. All he could do was fall.

‘What have I done?’ he thought.

Angelica and Ryan walked into a room filled with books. Ryan tried his best to figure out what to call out to summon the book they needed. Those ENOR’s were no help. It seemed that they wanted Nester more than they wanted to help them.

When he was a child and was told stories about the ENOR’s he thought of them as a caring being, that kept to themselves. Non magical people never heard about them. It was decreed that people with out magical ability could not be trust with the knowledge of the ENOR’s. But it seems of what he’s been told was a lie. They seemed not to care about their plight.

then they heard it a sound in the direction from where they came. Angelica and Ryan both looked at each other hoping it was not what they thought.

There was again clearer. It was Nester. As the turned to go to his aid the doors closed in front of them.

“We have to get to him.” Angelica tried prying the doors with magic it would not budge.

“He is alright. Please do not concern yourselves.”

An ENOR floated into the room from the opposite side.

“What are you doing to him?”

“He is being shown who he really is. At times it comes with pain but he will survive and return to you in tact.”

Ryan looked at him with lips closed tightly together to keep him from yelling.

“How can we summon the book?” He ask to distract himself.

“Just call out its name”

“We were never taught any names of the books.”

The ENOR shook its head.

“Come forward Book Of the Sword.”

Then a large book floated toward the ENOR into it’s hand.

“That’s the name Book of the Sword?”

“Yes why have something complicated. Some times the most simple is the most effective.”

The ENOR handed the book to Ryan and left them to it.

(Today’s excerpt hopefully explained that the ENOR’s are not your regular beings. That Nester is the highbred of the human race and ENOR.  I tried to have it end by two parts. This one and the next but I may extend it to one more excerpt. We’ll see how the other part goes.

I love comments. Feel free to. Whether it’s good or bad.)