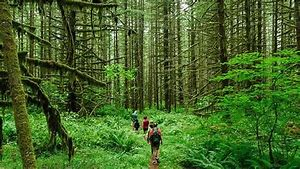 It has been over a month since her training had begun.  Angelica’s skills have improved immensely. Her uncle was proud of how far she had gotten in such a short period of time. But that did not mean he was taking it easy an her at all.

On the contrary he was increasing the teaching. Increasing the power behind each blow. Making every strike precise. Leaving bruises and cuts on her body. All to remind her to keep her defenses up.

Angelica was mastering each element. Yet he needed her to be stronger and able to assess the situation to pin point accuracy. Knowing without knowing what is coming.

“Uncle Reyn!” Angelica called out as she fell to the ground with a look of anger in her eye’s.

That’s what he wanted to see. The intensity of her anger. He was going to push her to see  if she would save her own life or cower away.

Reyn gather the strength from the very air around them. Creating a circular saw. Circling around getting as close to her throat, to pose the threat.

Angelica quickly counter by causing a piece of the roof top to hit her uncle on top of his head. Giving her time to get away from the wind saw. As she rose splinters off the piece of wood she used to hit her uncle, came right her, slicing pieces of flesh as it flew past.

Thinking quickly on her feet angelica created a spell in her mind to incinerate the pieces of wood and at the same time trapped her uncle with the very earth he was standing on.

“Angelica, release me!” he yelled as he felt the earth tightening around him.

Angelica was searching in his eyes for any malice. But there was none. She made the earth retreat as quickly as it surrounded him.

Reyn stood there looking at her with pride in his eye’s. She was surpassingly quicker than he was at her age. There was an element that he could not teach her, because he never acquired it himself.

“Uncle why wouldn’t you stop? Were you really trying to kill me?”

“Yes I was trying to kill you. To keep your guard up. Not family or friend can be trusted in these times. If you want to avenge your parents you must have this ingrained in your mind.” He could see the hurt starting to creep into her eyes but he will not show any sympathy.

Reyn walked into the house and Angelica followed close behind and watched as he packed a bag.

“Are we going Uncle?”

“It is time. You are more than capable of defending your self and today proved that you would kill to save your life. We spent enough time training.”

“But I have not master the fifth element.”

“I can not teach you something I do not possess myself.”

Angelica gathered her things and prepared herself mentally that this could be the last time she and her uncle may spend together in his home. She knew one of them will not return.

As they began their trek, the tree elf began to rejoice at the sight of them leaving.

“Hey Reyn your leaving the boundary of the spindles. You will die and I will be there to sing your passing.”

Reyn smile at the tree elf and caused one of the vines to creep behind him until it reached his neck. Once there it twisted around tightening.

“You evil little gnat. It’s been way past time for your life to end. Angelica please blow a kiss to the tree elf.”

Angelica did not really want to kill the elf, but she had to harden herself for what is to come. So she blew a kiss that caused the wind to nudge him off the branch and snap his neck.

As they walked pass the lifeless elf, she wondered if she could kill her own kind with out feeling any remorse. Either way she will have to live with it.