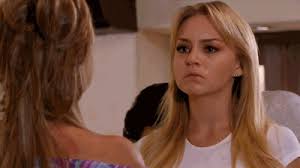 Jealousy is a powerful emotion. So powerful that if it is used right it can make things sway one way or the other.

It’s been three days since Adorjan , Creya and Leo had left the small city. Each day Leo seemed to be getting closer and closer to Creya. Adorjan tried his best not to care. He had a mission to complete. Besides why would she choose him over Leo?

“We will be in the town of Mason soon. Why don’t we stop for a bit, so I can feed and you two can get something to eat.”

Adorjan hated the fact Leo seemed to have taken over. He hated it so much in fact that he accidently bit his tongue clenching his teeth.

Leo smiled as if he knew that he had the upper hand. “I ‘ll be back soon Creya.” He said as he leaned over and kiss the pulse on her neck.

Adorjan started looking around for wood that would be good enough to stake him.

Leo left them both alone for the moment. Adorjan started to gather wood as if he didn’t keep busy he would explode. He had no right to explode and he knew this, but he could not stop what he was feeling.

“Jan I’ll go get us something to eat. I’ll be right back.” Creya said waiting for a response and all she had gotten was his back. He had been acting like that for days now and she was getting tired of it.

“Me acting? No what I am feeling is real.”

“Why do you let him touch you like that, all the time?”

“You know he wants you?”

“You want to mate with me.”

“You do. I can smell your arousal for me, for days’ now.”

She waited until he gotten his thoughts together.

“Just a joke. Relax. I am way stronger than I look.” She walked up to him with his arms filled with wood and stared into his eyes. She began to match her breathing to his and leaned in to kiss him.

“I’ve never– kissed a girl before.” he whispered as she was a hair length away.

“Good, Then you’ll always remember me.” She whispered letting her breath hit is lips. She placed her lips on his, feeling a slight tremble coming from him. She swiped her warm tongue across the seam of his mouth coaxing him to open. Once he relaxed enough, he parted his lips a bit.

Creya captured his top lip with her mouth and sucked on it, then released it. She did the same to his bottom and she felt Adorjan getting the idea as he began to follow her lead. She darted her tongue inside causing him to take a surprised inhale. She proceeded to delve her tongue deeper meeting his. Sensuously playing and tasting.

Adorjan moan into her mouth and continued to kiss her back. The feeling was indescribable. She was holding his neck and the warmth was intoxicating. He wanted Creya. She knew he was lying. He began to feel a slight sting in his gums, but he did not want to stop.

Creya glided her tongue across his teeth and recognized the feel of pointed incisors. She had to stop the kiss. So she pulled back breathing hard and watched Adorjan try to get a hold of himself.

“I’m going to get us something to eat.”

Adorjan nodded as he dropped the wood for the fire, that he had forgotten he was holding. She was about to leave and he couldn’t let her go with out saying something.

“Thank you.” What was wrong with his voice. It was deeper than before.

Creya felt a chill run through her. She had to go. They both are not ready for this. She smiled at him and said, “Welcome.” Then ran off to go hunt.

Leo watched from a distance. He need Adorjan to go the distance. He was stuck in-between adolescent and adulthood and that was holding him back from his power. He knew what he had to do, he just hoped that Creya would forgive him after.

Mimi was almost completely healed but she did not want to lay in her coffin forever. Besides she needed to feed.

Opening her coffin in her chambers she realized she was not alone. Cleo was there.

“What is this? Where you pinning away for me?”

Cleo went straight to her in  blurred speed and kissed her as if she was her life.

Mimi climbed out of her coffin and stretched her stiff body. “I can not promise that. My life belongs to Makalo and I will do everything I can to kill that B—-.”

“Why does your life belong to him? Do you love him then?”

“No. Enough questions and demands. I have just risen. What has she been up too.”

“I do not know. I stayed by your side until you healed.”

Mimi looked at Cleo and seen what she was not ready to see. Love.

“Cleo go get some rest. We’ll be together soon.”

The pain in her tone was something Mimi was not prepared for. Neither was the slap she received across the face.

“Go to your Makalo. Die for him. Just do not come to me.” Cleo stormed out leaving another added pain to her hurting body.

“I got up for this?” She whispered.

So my fire starters why are all the women running away? Lol. I hope you like what your are reading please feel free to comment and like. Until next burn Fia xoxox

I own this copy story and it copywritten