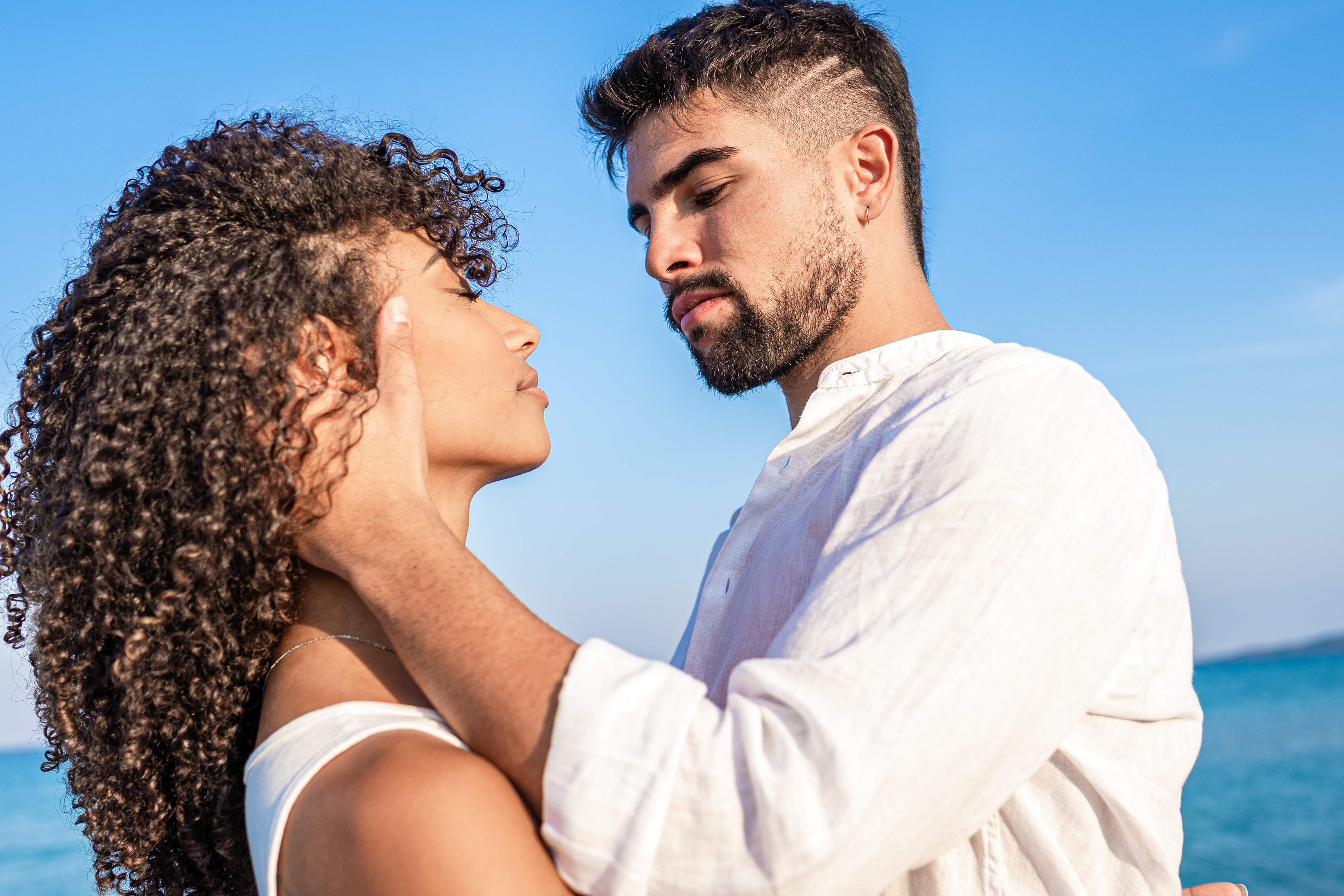 Marcel went to the kitchen and poured himself a drink to calm his heated blood. Juni did not know the affect she was having on him. She smelled sweet and even though she had experienced a “man” she had not experienced his kind.

She has been taught what happens when a male of his species joins with a female but you can not grasp that until it happens and she was not ready. Hell he was not ready or in the right mind frame to introduce her to that part of him.

He could hear she fell asleep and that was a blessing in disguise for the both of them.

Damn he thought she was sleeping. He walked back into the room, and she was laying there with hooded eyes that was caused by the drinking. Her lips were slightly parted as she sighed.

“Yes, Juni?” I said as I stood and watched her lick her lips where I was just a moment ago.

“I want you.” she said as she looked at me and I wanted to go to her and take off all her cloths and show her what I want from her. But it will not be tonight and not with her like this.

It was One in the morning

Marcel looked over Juni and her breathing began to take on the speed as our young do before they learn to slow it to a normal pace. He took her temperature, and it was broken. There was one more thing he had to check to see if her transformation was complete.

He had to check her mouth. He lifted her upper lip and there they were. Beautiful white pointed canine teeth.

He leaned over and kissed her on head. “You did it Juni. You made it.”

He was so proud that this stubborn young woman made it through the change and now she will be his .

Marcel should call his father to tell him that she made it through, but he wanted to savor the moment a little longer. The sun will rise in a few hours, and she will be famished. He planned to have everything for her ready. A thought came to mind. It was time to turn the tables on Juni.

“The game is truly on Juni.”

The sun streamed through the window waking Juni along with the pain in her stomach indicating that she was starving.

She rose to see a table full of food and she got out of bed and realized that she was not wearing any cloths. She grabbed the sheet and wrapped her body. Where was her cloths?

Her ears peak up and she heard the shower going and then it stopped.

The door the bathroom opened and her mouth fell open. Marcel emerged with a towel wrapped around him and wet.

“Juni your awake.” He said with a smile. He walked over to her a gave her tender kiss on the lips and went to pick up some beacon.

“Marcel where are my cloths and why are you acting like that?”

“Your making me feel less of a man that you could not remember our first night together.”

Juni sat on the floor stunned.

“We, we–” She swallowed and tried to get the words out.

“We did. You should take a shower. You were very limber after the change.”

“Well, you wanted me to take your leg and put it over–“

“I,I don’t know.” She looked at her body and she stood to look into a mirror.

“What are you doing?”

“We didn’t mate.” She said releaved.

“I protested and said we should wait till tonight after the ceremony.”

“You protested. You make it sound like I was a beast.”

He smiled as if he was satisfied, and she just wanted to bury her head in embarrassment since she could not remember a thing.

“You should eat something. Taste the jam its sweet but not as sweet as your—“

Juni ran to the bathroom and slammed the door closed.

Marcel couldn’t help but laugh. When he took her, she will not forget? Her body won’t let her.

Sorry for the wait. Life took time to get through. Now that Juni has completed the transformation will Marcel finally let the beast out? Or will Juni take what she wants. Tell me how you like this. More to come. Until next we light up the night. (Side note. There will be sex in the next one. Do not be shocked. You are warned)