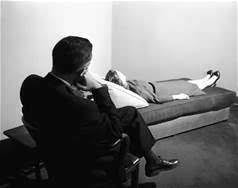 “Mmmm, do you smell that? That sweet woodsy smell mixed with a serious dose of sexual grat-i-fi-cation.” Juni thought to herself.

There is something to be said when you take a beast to your bed. And what should be said is “Yes and I want more please.”

Juni rolled out of bed and her thong hanging off the corner of the bathroom door caught her eye. Any other normal human being would be embarrassed but not Juni. Her philosophy in life is “Sex is to be enjoyed as often as possible.”

Was she always like this? No, not in the least. She was the complete opposite until she met West.

Mr.West was an international client that she inherited from her former co-worker. He walked in with a leisurely sway, wearing a pop sickle cream yellow top and creamy white pants. His skin graced a tan even though he really didn’t need one. He looked naturally bronzed.

Juni tried several time to busy herself and not watch him come in and sit in the chair that was right in front of her.

“Good after noon Mr. West. i have gone over your books and every thing would be perfect except this one written hand receipt. It has no price on it but it did specified the job was completed.”

Mr. West smiled and did a quick lower lip lick before answering. “Good afternoon Miss. Beau. I like that you get right to the point. That was from a personal job that I did on the side that should have not gotten mixed in with the rest. It’s not taxable only something to remember.”

“You are a therapist, so do pro bono work is acceptable.”

“Is it really. You know I am a sex therapist don’t you. Pro bono is not always that easy depending on the client.”

Juni felt her cheeks turn up several notches in the red scale of embarrassment.

“Have I made you uncomfortable? I did not mean for that to be the case. I just wanted to clear this up a little.”

“Well umm thank you. So then every thing is in order. I will send you the bill in the mail.”

“Why don’t I give you a service for the same amount that you gave me for doing my books. Is that fair?”

“I think I would be taking advantage of you. You charge quit a bit.”

“Miss Beau is there some thing you feel is not right or clicking in your personal life?”

“Ok how about when you have relations?”

“I’m ok Mr. West in that department. Please just pay the bill when you receive it.” Juni rushed him out because he was asking about things that were none of his business. He is a client not her therapist.

“Here is my card. Call the number on the back if you need to share your thought’s.” He rose and immediately, she could smell his cologne drift towards her. She swallowed the last bit of moisture that was left in her mouth as she watched him leave her office.

She thought, ‘Men should not walk that way. It just invites dark thoughts to creep in.’

It was sun set by the time she made it over to his office on the corner of the beach front house community.

She pushed the door open to be greeted by his receptionist that was leaving for the day.

“Oh he’s in his office down the hall. Sorry I have to go, baby sitter will kill me if I don’t get there on time.”

She ran past in a blur.

Juni walked down the hall to see Mr.West sitting at his desk reading something on the computer screen.

“Why are you interested? I’m just like every catholic brought up school girl. Every thing is no and if it feels too good then it’s a no. Very normal. I have no complaints.”

“Really, have you ever slept a stranger and liked it?”

Juni wanted to turn and run. But her feet were frozen in place.

“It’s not safe to do that. You can catch something now a days.”

“Okay how about someone you met twice then?”

The way Mr.West was looking at her she felt he was talking about him self and not some random stranger.

“The reason I ask is because what you would do with a stranger you normally would not do with someone you know. People get stuck and adventurous. They stifle their inner sexual being. Are you stifled?”

The way his light brown eye’s seem to see something that she did not know was exposed.

“I should leave. Here is your keys.”

He stood up and walked over to her. He reached for the keys and let his hand slowly move it away from hers. Juni found it a bit hard to breath. She felt intensely cirounded by him even though he stood just in front of her.

“Why are you staying?”

She had no reason for her non movement. Her mind kept trying to remember how to walk.

Mr.West leaned forward and kissed her gently. He moved back waiting for Juni to decide.

Juni reached out and touched his cream-colored yellow shirt and pulled him back to her. This time she did not freeze. She felt needy and she was going to fulfill that need.

She kissed him as if she eagerly waited for her last food on death row. He parted his mouth letting her take what she wanted. She wanted it all.

Juni was on auto pilot. She pulled off his top and revealed a broad chest. She kissed a trail down to his creamy coco colored nipple and savored his taste. She stopped and went to the other to give it just as much attention.

Juni pulled away breathing heavily looking at him. She didn’t want to stifle what she who she was.

“Take your cloths off.” She said breathless

He did so with a smile. He was a delicious sight. His length and girth would normally intimidate her but not today. Not now. She wanted to see him take him self in his own hands and show her how he pleasure himself.

Mr. West did as she commanded and she was soaking her self at the sight of him.

“Stop sit on the couch.”

“No Miss.Beau. I just want to please you.”

She took him by the shaft and guided his moisten tip to her opening. It was tight but she needed him to fill her. He knew what she wanted. He grabbed her by the hips and pulled her until there was no space between the two.

She lifted and guided back down until she found her rhythm. She ground her hips so her clit would have as much attention as her wet opening.

Mr.West followed suit, lifting her off him and let his seed shoot down onto the couch.

Juni swayed a little before she caught her breath. She stood and pulled her skirt down and looked at the naked Mr.West. She felt powerful and truly satisfied.

“You have this look. A look of a woman who needed control. You just never allowed your self to have it.”

“Men want women who know what they want.”

Juni turned around and walked towards the door.

She heard him laugh as she walked out of her one and only therapy session. Since then Juni did what she pleased as long as it was pleasing to Juni.

(Hello fire starters I hope you like Juni. Please follow for other stories and tell me if your feeling the story. I’m not Zane, I’m Fia and I am a beast all by my self)