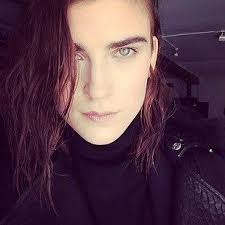 The tacky texture of a drop of blood about to congealed happens in about eight to fifteen minutes. Within that span of time a new member to the story has just made her presence known and her name is Lurkspur.

Lurkspur is not one to be trifle with. The androgynous way he or she choses to dress is quite disturbing to those in the nest. Some say she is an ancient and others believe she is just a pure blood vampire with remarkable abilities.

Lurkspur has decided to pay Makalo a visit. No one dare say no and no one could remember as to why they wouldn’t. She walked in the house with a boom. The door opened to his power.

All talking came to an end and all eyes were on Lurkspur. It stood at six feet three inches. With the help of heeled shoes. The white flowy blouse and black tight pants were a confusing mix. Since the bulge indicates male but the top appearce screamed female.

Makalo stood at the top of the stair case and watched the show.

“Are you not going to greet me prince or must I prostrate myself in front of every one for a whispered hello?”

Makalo could not hold back his smile. Lurkspur always had that power over him.

“I will greet you once you decide what sex your representing.”

Lurkspur made a frivolous gesture with its hands, tossed his shoulder length, chestnut colored hair and said,” For an hour I will be male and the next female. We will continue to rotate if I decide to stay till dawn.”

Lurkspur bowed in a gentlemanly way conceding to the prince. Makalo walked down and slapped him on the shoulder as he said,” Welcome my friend.”

“Makalo we must talk but not here and not where the walls have ears.” Lurkspur said.

Makalo motioned for him to follow him. He guided him into the study that no one dared to enter.

“Send out your power to check.”

“I can not Makalo. My power has increased and what I may think is a trickle could blow the wall down.”

“Always the extremist. What is so urgent that you have my people struck dumb.”

“There has been a shift in the ether.”

“Yes an imbalance. Have you interfered on your offsprings journey?”

“I have told no of him and yet you know. Your power has increased.”

“You believe that the boy is the one I am asking after.”

Makalo had not thought of his daughter for a while. His thoughts always where on his son.

“She has been away studying. She will come of age to marry in a year. What do you know?”

Lurkspur walked to the window and looked at the moon. “The ether is stating that you will not have a chance to marry her off. A dark claim is being set for her.”

“A dark claim?” Makalo questioned trying to think what he meant. Then it came to him.

“He is attracted to the purest of blood and of course your blood line. You have until the next full moon to change the course or what will happen next I do not even want to speak of.”

Lurkspur always did like to dramatize a situation but this time he was not exaggerating. The full moon was to nights away. He had to find some to be in charge and mimi was out of commission.

“Makalo do not fret. That is why I am here. I will watch your house until your return.”

“That would not be necessary.”

“Do not argue with me. You need a strong leader until you return. whether male or female I am the force they do not want to test.”

Makalo did not doubt that but will he give his next back after that is worry.

“Come lets have a drink then you should leave and fetch her” Lurspur pured the red wine then broke the glass in his hand. As the blood dripped he walked to Makalo, “I give you my blood oath I will not take the nest my friend.” He held the bleeding hand to his lips and Makalo licked the jagged wound.

Just a drop of Lurkspur’s blood was dangerous. It would bind you to it for all eternity if it choose to. If he were to go against his oath he would perish. It lived to long to want to die now.

Lurkspur stepped away and Makalo noticed that it held itself more feminine than just a moment ago.

“The hour has past and now I am female.”

Makalo heartedly laughed as Lurskspur giggled into her silk sleeve.

“Go know.” The voice had changed as well. Softer.

Makalo nodded and left to go and retrieve his daughter. Lurkspur went to the wine and poured more into a new glass. the cut healed and she felt like being a little naughty.

“I wonder who will quench my thirst for the night.” She giggled and then drank the wine.

So I hope you like this new twist in the call of the dhampir. Please like, and comment Tell a friend. Until next time keep the fire lit.

(I own the right to this story)