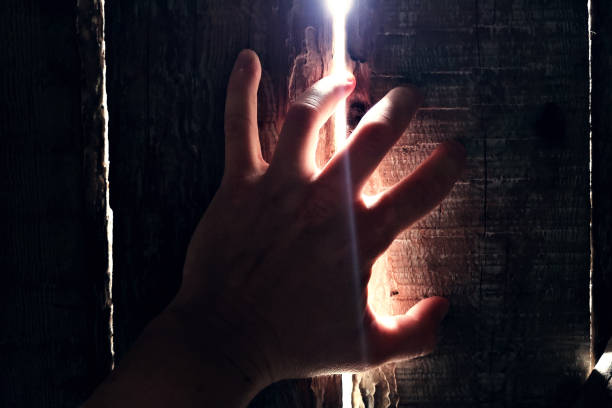 The coffin door opens with the rusted squeak sounding her awakening. Yes Abella has fully recovered to be greeted by pitch darkness of her empty chamber.

She had slept for days with no blood to her speed her recovery. That was alright. Her rage kept her going. She came up with a plan that will make everything she ever wanted happen. Now what she needed at that very moment was to feed.

She climbed out of her bed and went straight to her window. She knew Makalo was punishing her still with not having blood ready for her. It did not deter her. She could her a couple in the forest about two miles out.

“I have to get fresh blood.” she said with her distended incisors.

Hunger propelled her to her meal. She watched from the distance to see if they were alone or if anything out of the ordinary about the two. Other than them being in the forest.

“Shaun can you get the Neosporin out of my bag. I gotten scratched when we went for the hike.”

“Excuse me.” Breathing heavily. “Would either of you spare some water? I have to get to town and I ran out.”

The lady stood from shock of Abella’s appearance. She did not look like a normal hiker. Her cheeks were sunken in and she looked ashen.

“Miss keep on going to town. We have no water to spare.” Shaun said as he walked over to his wife.

“That is terrible. I mean to die of thirst is a terrible way to go don’t you think?”

Abella began to walk past them into the woods. She did not turn back to see them watcher her. There was no need. She was behind them.

Abella knock the man out and sinked her teeth into the female. She drank as if her blood was the sweetest thing on earth. With every gulp her beauty returned. She felt her dried up bosom swell with youth. She released the half unconscious female and went to the male.

Her lips coated with the dried blood of his wife she kissed him on the cheek as if to say, Goodbye.” Then she found the strong pulsating jugular and delve in.

She knew she was making noises similar to a pig enjoying it’s meal. It had been a long time and she needed to look her best.

After she had her fill she did not kill them. She needed help in the mortal town. She will erase all Makalo’s sympathizer’s. She looked at the moon and gaging it’s position the night was still young.

She implanted what she needed done and left them both in the woods making sure no one else came across them but their joined blood aroma.

Abella went back to her chamber to be greeted by a servant she had never seen before.

“The master sent me to you, I am Stephanie. He said you will need help getting ready for tonight.”

Abella’s had a puzzled look on her face.

“He said you would not recall that your daughter’s birthday was today since you slept so long.”

“Oh, yes I had forgotten.” Abella hated being left in the dark.

“Well let’s get on with it. Where did Agnes go?”

“All the old servants had been let go. We all have been working here for a month now.”

So that was it. It did not matter she still will get what she wanted.

The trek seemed never ending since Leo had turned up the intensity on Creya.

Creya was getting a bit annoyed by all his pawing and catching her off guard kisses.

Adorjan wanted to kill the vampire but he pulled that back but if he kept pushing he will wish he was dead.

“Ukr house is up that hill. Are you ready Jan?” Creya asked

“Well I am. To sleep on a bed at last. maybe I would be joined tonight?” Leo said looking longingly at Creya.

“Your not my type. I guess you sleep alone.” Adorjan said as he walked passed and pushed his shoulder. Creya chuckled from the interaction.

Tonight will be the night that Leo will push Creya away from him. He knew that it was a possibility to loose her friendship but the damn Add to dhampir has his hormones in tight control.

The hike up was not that difficult. They did not expect to see a three story home on a mountain away from civilization.

There was a fence that held goats and sheep.  they walked up to the log house and felt as if they had walked into clear molasses.

“There is a protection spell around the house.” Leo said.

Creya knocked on the door for it to be opened by a rather large, portly man. He had what looked like the remnants of her swooped across his left eye.

“What do you need?” The large man asked.

“The Crimson Light.” Adorjan blurted out. Having Creya and Leo look at him as if he had twelve heads.

“Well that is the first time someone was so honest and I did not have to go after them with a truth spell.” He said chuckling.

“Come inside before you invite the sheep in.”

The three walked in to an impressive home. The ceiling was almost non existent. The living was huge and it seemed that the kitchen was a mile away.

A short woman with a huge smile and missing teeth walked up to them and ask what they would like to drink.

“Anything you have is fine with me, as long s you can chase it with liquor.” Creya said

“Yes of course. What do you take us for?”

“And you?” She said looking at Adorjan which seemed to be awe struck.

“Why don’t you all come in and have a seat. No need to stand around.” The gentleman said.

“So welcome to my home. I am Ukr and that was my wife minn.” He said.

‘It was an odd pair but love can be a little crazy at time.’ Adorjan thought.

“Can we get the Crimson Light?”

“Nice of you to ask young lady. But no.” Ukr said with a smile.

So we have finally found Ukr. Abella is up and about with a fiendish plan. How are you enjoying it so far? Please like and invite friends to enjoy. Let me know how you like it. I won’t burn ya. lol Until next we meet Fia xoxo