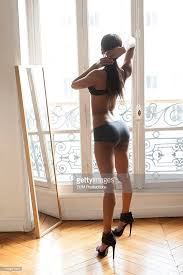 Talia packed a couple of her out fits, that she was sure that Julius would like, and she had bought along a negligee. That she has never worn in her dresser with her. She will wear it this weekend.

Talia felt a bit nervous. She was willing to sign the contract, but could she go through with it.

“No, Talia you never back down from a challenge and you can probably change him a bit to come your way.” She said to her self as she finished getting her toiletries together.

Julius was at her place by seven. This time he pulled up in a car instead of calling for a cab.

“New car?” She asked as she stepped inside.

“I rented this for the weekend. I want to take you places and I don’t want to wait for a cab every time I want to go or come back.” He said smiling

He reached over and swiped his thumb over her glossed lips. Talia waited for him to lean over and kiss her. Instead he licked his thumb to taste the gloss. He chuckled to himself.

“One, there is no flavor to your lip gloss and as sweet as it looks it’s a shame, and two you looked like you want to be kissed. That I will hold off on . Why don’t we both suffer a bit.”

Julius smiled as he drove us back to his home. He was being such a gentleman, not that he ever acted other wise. Once inside, Talia was greeted by Julius succulent lips on hers. He had a way of kissing her that she would feel as if the floor had slipped away.

Once they parted, Julius held her hand and guided her to the living room.

“What would you like to drink?” He asked as he walked over to his mini bar.

“You pick.” Talia said as she looked around and noticed the papers on one of the end tables.

Julius handed her the drink and took some of his own. He chose a deceiving drink for her to have. It was sweet at first but moments later you felt a nice warmth inside.

“I see the papers and I just want to sign them and get that out-of-the-way.”

“If I want you to do something, I do not want to be question as to why. That I can see will be an obstacle for you.”

Talia took another drink and nodded but she was going to give this an honest try.

“I have consequences,  they were created for you if you do not follow what is required.”

Talia thought about it and something struck her and she needed to say it now or she will always think that the threat would be there.

“Julius I do not consent to rape.”

“That is good, because I do not want to rape you. That is not me.”

“There may be times I will not want to be with you sexually.” She told him.

“Do you think sex is all I require to make me happy?”

Talia looked at him to see if he was lying to her.

“Good if you are still willing to sign. Here are the papers.”

The papers were professionally drawn up and she signed on the last of the three pages.

“Yes. I’ll have it for you by tomorrow morning. Now come with me upstairs. I have a gift for you.”

Talia swallowed the last of her remaining drink and followed Julius up to his bedroom.

The room was tremendous. It housed a large bed with four posts. At one side of the room He had a full length mirror and the other had a door leading to a bathroom connected to another bed room.

“Yes, we will argue but I will not sleep on my couch if I don’t sleep next to you.”

“Oh. So you figure we will argue then.”

“Enough questions. From the moment you signed the papers you are mine. In that fashion I want you to wear this.”

He handed her a box. A rather large box. Inside it held several pieces of jewelry. One was a pin that held a sleeping leopard on it. There was two hair combs that had the same leopard and finally a bracelet.

Julius took out the bracelet. It was a white fourteen carat gold bracelet with emerald-green eyes. “Once I place this on your wrist you are mine. My pet.”

“In my world you will be considered as my pet. They will see this and know you belong to me and no one must make any advances on you. You also spoke when I said not too. That’s why I chose a cat. Very independent but loyal.” Julius tenderly kissed her.

“Now Talia take off all your cloths. I Only want to see the bracelet on you.”

Talia was feeling a bit uncomfortable. Never undressing in front of someone as they watched. Once she took off the lace bra and panty set she fought hard not to cover her self.

“Your uncomfortable about your body? You can speak”

“I have to lose a few pounds that’s all.”

“Go to the mirror.” He said as he stood watching her.

“Here is what I see. Two full breasts that fit comfortably in my hand and two devilish nipples that just appeared, taunting me to pay them attention.” Julius stood beside her caressing her breast.

“I see a soft stomach with no crease, no lines. Supple begging for my touch.” As his hand slid down touching her skin causing Talia to sway.

“I see nicely rounded hips. I can firmly grip, as I take you over and over.” He stood behind her and held her firmly. Slightly edging her forward with his thumbs, so her bottom touched the zipper of his pants.

“I see a voluminous gift that was given to you. Firm and full, forever ready for me.”

Talia mouth was getting dry from breathing so hard.

“And what else, I see? A triangular pyramid, that is ready and willing to house a god. Only when the door is open.”

As Julius right hand slid to the front of her waiting sex, he motioned for her to spread them for him. Talia did as he asked and her eyes began to flutter close for the feel of his fingers circling her swollen clit.

“Talia open your eyes and watch me take care of my treasure.” He whispered in her ear.

He made his way into her moist channel and deeply pushed in. Julius fingers were slowly being coated by her juices. He increased the pace. He watched as her skin took on a sheen and trembled.

“I feel you surrounding my fingers, trying to keep me in.”

Talia came hard and as she felt her feminine wine glide down. Julius kissed her neck and stepped back.

“Now when you see your self in a mirror naked. Remember what I see. Understand?”

She nodded as her orgasmic waves started to subside.

“Now stand there and look at my treasure for five minutes. Then get dressed and come to dinner. I have something special for you. Remember five minutes.”

Julius stepped out of the room and Talia looked at her self and knew her life will never be the same again.