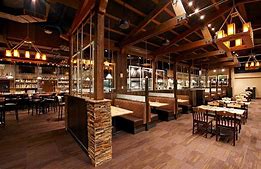 The rest of the work week went on as if Talia’s mind was not preoccupied with writer. What bothered her the most was that she felt as if she was another person. It was hard to describe but she was not acting like the Talia that she cultivated all her life.

Normally it would be your parents that shape the child but when the parents send you away to distant relative to raise and they really were no better than the people who gave birth to you. You end up raising your self.

“talia..talia…Talia. Damn.” A voice yelled at her.

Talia snapped back to reality when the voice of annoyed Brian McCade seeped through her heavy thoughts.

“You do realize we have a meeting in ten minutes right?”

“Of course. Why are you asking me that?” said with an annoyed tone.

“Listen you have been on edge for the last couple of day’s. The staff has been complaining that they are getting reprimanded for the most minute things. Tomorrow’s Saturday get some rest and come back with out the fire-breathing dragon.” He told her with true concern written on his face.

Was she really acting that bad? After the meeting she decided to confine herself to her office. She had a lot of work to do, so it was not far fetch that she would be there all day.

The clock on the corner of her computer read four forty-five. It was almost time to go. Maggie must be on the same time counter because she walked right into her office and took a seat in front of her.

“So hiding much?” she asked staring right at Talia.

“You heard me. Are you nervous that he’s back in town tomorrow?” How does Maggie do that know exactly what’s eating at her.

“Your full of crap. Your up set that he has you waiting. Get a grip he’s busy, but he’s gonna call you as soon as he get’s a chance.’ Maggie stood up and shook her head side to side. “Talia don’t do what you normally do.” with that being said she walked out her office.

Talia did not want Maggie’s advice, as matter of fact she had enough. She does not wait for no body, especially a man. It should be the other way around. Talia shut down her computer and left for the day.

Saturday can only be described as a beautiful, picture book spring day. Talia rose to birds chirping and a soft breeze blowing through her apartment window.

To work off some of her steam last night she went to a kick boxing class and then sat in the steam room for thirty minutes. It helped allot. She finally had to admit that she was nervous and she was taking it out on every in a three feet radius of her.

She decided that she would go out to get her nails done and just put him out her mind. It was ten thirty when her cell phone went off with an unknown number. She really did not feel like dealing with these scam artist.

‘Listen you need to take me off you list. I will send this to the police.”

“Woo if you did not want me to call you, that’s all you had to say.”

“Oh I’m sorry I’ve been having unknown calls, hitting up on my cell phone.’ Talia could hear laugher on the other end of the phone.

‘I am sorry that you thought I was a scam artist. You are very aggressive with your intimidation. Are you free for lunch. I would love to discuss what you thought of my book.”

Talia was not sure it was a good idea. He already made her feel unsure of her self.

“We did agree about trust. I will be at the restaurant  Deletorri on the upper east side. I trust you not to leave me sitting there all by myself. Oh and please don’t send the police, I won’t have any autograph books with me to give them.”

The phone went dead. He hung up again before she had a chance to say yes or no. That was it. Yeah she was going to go and meet him. To tell him he could shove his trust down his throat.

The restaurant was nice and not too crowded to. The he was sitting near the back of the room, drinking a glass of water. Talia walked over to the table ready to give him a piece of her mind.

He looked up with a smile on his face.

“You have had enough. Is that what you were about to say?”

“Yes. This is not how you ask some one out on a date.”

Talia sat down still angry about the way things where happening.

“Okay let’s be honest. Your upset that I took the control out of hands. It’s always the woman who has the choice to say yes or no. I did not give you that and your upset.

Also your upset that I hung up and you did not get a chance to have the last word. Still a control issue is that not right.”

“Your twisting this around. I don’t have a control issue.”

“I’m sorry if I read you wrong. Would you please accept my apology.”

Talia sat there staring at Parr and realized that she did not even know his first name.

“What is your first name. I can not call your Mr. Parr all day.”

The waiter came over to take their order and Talia decided to give him another chance.

“I would like to have a Caesar salad dressing on the side. For the main I would like linguini alfredo not too much sauce on it. If it’s too much I will send it back and a lemonade with the lemon wedge on the plate not in the drink. thank you.”

Julius watched her with a smile and listen to her take on his book. It was insightful. He did not utter a word since she sat down.

Talia started to feel uncomfortable by the lack of conversation. It seemed that she was doing all the talking.

“Why did you think I have a control issue?”

“I don’t think we should talk about that now.”

“Why not? You’re the person who had me promise to trust you. Trust is earned and I want to know why?”

“Your right. You do have a control issue.  When we first met You said to me,’ no tying, no spanking and nothing to give bodily harm.’ Just like you told the waiter exactly what you wanted and that you would send it back. Just like you were going to come in here and tell me off so you can try to make me bow down in disgrace and apologies for treating you that way.”

Talia sat there as if cold water was splashed in her face. Everything he just said was true. But was she always like that?

“Look, I want to see you more than just casually. But I am not a vanilla type of person and I can see something more than vanilla in you. I am not here to twist your arm. You’re, your own woman. But as confident as you come off. There is something else. Something that I see. That iron clad control must break. Your probably scared that a complete stranger see’s you better than any one else.”

“You want to make me your slave?” Talia adrenaline started to pump through her. She needed to get out of there quick. “I’ve heard about people like you.”

“Talia calm down. I do not want to make you a slave.”

“Then I’m confused. You said not vanilla.”

“You are and a little scared, am I right? Why don’t we continue with our lunch and talk again about thing another time. I want to take things slow. How about dinner in two weeks. I will be out-of-town on book signings but I will be back then. I am putting the control in your hands, would you like to have dinner with me?”

Talia looked at her food and could not help and see what he seen. Is she really that controlling? Wouldn’t Maggie have told here? Wouldn’t someone have told her? Did she want to see Julius again? He made her feel confused yet she can not deny the attraction she has towards him.

“Two weeks would be fine.” She said as he heart was still beating rapidly.

“Why don’t you do some research on me. Everything is on the internet and when we meet I can tell you what is true and what is fabricated. But of course it is up to you to decide. See I am still giving you the control that you need.”

“Yeah but for how long is the question?”

(So we have discovered that Talia has trust issues and a control issue. Could she have any more issues that Julius is willing to point out before she breaks? We shall see. Comment and follow to keep up to date with Talia and more.)