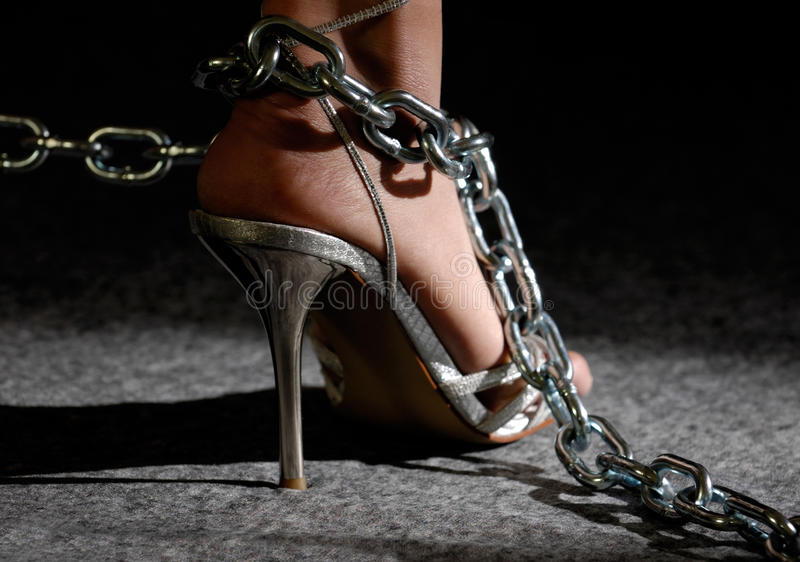 The lunch uneased Talia. He claimed that she had trust issues and control issues. How can someone who just met her claim to know her?

Talia went to work on Monday morning with his claims on her mind. She needed to talk to Maggie. She would have called her on the weekend but she didn’t want to bother her with what was going on .

She waited until lunch time before she talked to her. Rather she came to her to talk as usual.

“So how did it go?” She looked at her like she went to meet the king of England.

“It was not what I expected. I went there to tell him off but it turned out he told me a few things.”

“He said I had trust issues and I have a control issue. Do you believe that?”

Maggie sat there looking at the floor before she said anything.

“You believe that don’t you? Maggie tell me the truth.”

“Well Talia he’s not wrong. I’m just amazed that he would just tell you when he just met you.”

“Oh my god Maggie if you thought I had these problems why didn’t you tell me?”

“Talia you are not the most receptive to listening about any thing that could possibly be a problem with you. You tend to either yell or shut down.”

Talia sat there with a pain deep in her chest. Her closest friend was afraid to tell her the truth. Was she that bad?

“Are you to going to see him again? It seems like he’s getting under your skin.”

“I don’t think that would be such a good idea.”

“Why Talia, because he’s not afraid to tell you the truth. You run when things are not going your way. Girl do what you want. I’m going out to eat. You know it’s hard to care for a person more than they care about themselves. ”

“Talia give him a chance. At least give your self a chance.” Maggie walked out without looking back.

Normally Talia would be pissed off at the world but how could she be if she felt like she fell in a hole. Yeah give him a chance.

It’s been a week and half since the lunch date and Talia finally came out of what ever funk she was in. It kind of made her feel good that someone was willing to tell her about herself when the person she thought who was close to her couldn’t.

She decided to give Julius a call to have dinner. She was nervous to continue with a man who pushed her to the edge of being comfortably. But the attraction between them was palatable.

His phone rang and went straight to voice mail.

“Hi Julius it’s me Talia. I was wondering if dinner was still on the table? Give me a call when you can so we can talk. Bye”

She noticed that she sounded a bit nervous on the message. ‘Oh well it’s done.’ she thought to herself.

Julius did call. He called the Friday night of his return from the book tour. Talia was home watching CSI and enjoying her tai food when the phone rang. Not noticing the number, being that she was so engrossed in her show she just answered.

“Hello” she said half listening to the show and waiting for a response.

She was caught off guard by hearing his voice she choked on her tai food.

“Talia are you alright?” He called out on the phone.

“Yes, sorry. Food went down the wrong way. I’m ok now. How was the signing?”

“The same as the other’s. I enjoy my fans but I always want to come home. Anything interesting with you?”

Yeah right before him this was her normal Friday night or Maggie would drag her out.

“So I would love to take you out tomorrow night. I am supposed to meet up with a group of friends and have dinner would you accompany me.”

“You mean dinner with a group of writer’s?”

He started to laugh and it made her tingle in all the places she thought was in hibernation.

“They are not all writer’s. I think you would enjoy it and you would get to know the type of people I feel comfortable around enough to call my friends.”

He wanted her to know him better. Is he going to push her comfort level again? Most likely yes. Is she willing to go through that, that was the question.

“Hello. It’s either yes or no. Remember don’t lie and tell me what you think I want to hear.”

Talia swallowed and said,” Yes I would love too.”

“Alright I will pick you up at eight.”

“Is there a dress code at the place.”

There was silence before he answered. “I would love to see you in a sexy casual outfit. But that is my preference not the restaurant. It’s up to you really. Text me your address and I’ll see you at eight. Goodnight Talia.”

He hung up without waiting for a response. She figured that was the way he was, so she did not let it bother her.

“Shit I have to go shopping tomorrow. Casual, Sexy outfit. I need Maggie.”

Talia went for a black lace body suit with a gold skirt and blazer. This outfit called for no bra and she was fine with that, since the lace was thickest around her nipples.She shaved her legs and after it was dry she had Maggie draw a fine line from her heel to the edge of her bottom with water proof eye liner. Just incase she sweats it wouldn’t rub off.

She took her shoulder length hair and put it in a top knot pony tail. That looked amazing drawing attention to her eyes that she lined black over the gold eyeshadow. Her lips she decided that a gloss would do since she wanted to emphasize her eyes.

Julius arrived right on time and when she met him down stairs the reaction to the way she looked was priceless. It was a combination of surprise and hunger.

He leaned in and gave her a light kiss on the cheek.

Talia smiled and walked to car that was waiting for them in front of her building. They arrived at a restaurant at the edge of SoHo. Very small and dimly lit. Talia felt a little over dressed but she wanted to capture Julius attention any way.

They walked to a table that had three other couples there. At a brief introduction they sat and began what will always be called the illumination dinner.

The couple to Talia’s right was a husband(Fred) and wife (Alicia), were in the pastry business. He was of medium build and had a mustache. His wife was a bit heavy but a had a smile that was genuine. She wore a chain around her neck that had handcuffs on it closed. It seemed odd and out-of-place with her blue silk shirt.

The second couple(Greg and Luisa), were owner’s of several apartment complexes. He seems to find the buildings he would like to own and she buys them. He wore two thick wristbands that had a single ring on it.

The third and final couple(Grant and Joanna), seemed just as nice as the first two the only thing was she did not say much unless he gave her the ok. He was a writer of a weekly magazine that emphasize the changes in today’s society.

Talia looked at Julius and she wanted to ask a question but was not sure she should.

“By now, knowing how observant you are. I know you have questions Talia just ask because you are way to quiet.” Julius pushed.

She looked at every one at the table and blurted out, “Are you all into S&M? It just seems you all act like what I heard about.”

They all started to laugh. Luisa was the first to answer. “No we are not all into S&M, that is Grant and Joanna’s deal. Greg and I are Dom and Sub. Fred and Alicia are like we are but the reverse. Meaning I am a Domme and Fred is a Dom. So you maybe confused as to what’s the difference.

I like to be in control and Greg enjoys not having that control. I do not degrade him and I for fill what he needs. Same as Fred and Alicia. Grant and Joanna are different in a way. He for fills her needs and wants. She does not want freedom away from him.”

“That’s not normal. What do you mean needs.”

“There are those people who have a hard time getting to a place of release. As a dom you have to know your sub and how far to take them for that pleasure. You don’t want to break them. Just guide them to where they need to be. It’s a beautiful thing.”

“Why? You like being in control 24/7? All the time have to do this or that because if you don’t you feel like your falling apart. Here is the thing you can not learn from the books. No matter what scene your into, it’s supposed to benefit the both of you. It’s never one-sided. More times than not vanilla is one sided. Do you always climax or do you fake it to please your partner. With this honesty and trust has to be first established or don’t even do it.”

Talia was feeling very uneasy. Is this what Julius wants. She can not give up her freedom.

“Owch.” Fred said as he smiled at Talia.

“We are all married at this table except the two of you. To be married you sign a form agreeing to belong to one another. If you belong to someone isn’t that a nice way of saying own?”

“No you’re twisting it.”

“No I am not. You own every thing you have on. It belongs to you. You bought it.”

They all smiled. “You pay for the license, the priest, the ring you wear. In the eye’s of the law you are owned.”

Talia ran out the restaurant. These people are crazy and they seemed so nice. Julius walked right out after her.

“Julius I can’t be owned.” A small tear slid down her check.

“Talia I did not put that on the table. But I wanted to give you a look at normal people who are in the scene and live happy lives. Not vanilla, just appear vanilla.”

“So your saying that you don’t want that with me. You don’t vanilla.”

Julius smiled, “I want a shade of chocolate with you. But tonight I will give you the vanilla that you want. Be honest you do want me tonight?”

Talia looked at him, “Yes.”

We’ll tonight you will have me.

(So Talia and Julius will have their night together next exert. If you’re enjoying the story please follow and like. Love to hear from you.)