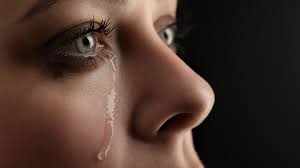 (By continuing to read on you are consenting that you are 18years of age and older. This contains Adult content.)

Talia and Julius went back into the restaurant to finish there meal with the other’s. While they continued with various other topics Talia’s mind kept going to what will happen tonight with them. It will be taking them a step in a direction she was not sure she was ready for.

Julius stood and motioned to Talia that they were leaving. They said their goodbye’s and went to the car that was waiting for them outside the restaurant. When did he have time to order a car?

Talia was silent in the ride to her place. She had to be nervous because she is normally a bit more talkative than this. They left the car in silence and walked to her door.

“Talia are you alright?” Julius asked as he stood waiting for her to open her door to her apartment.

As they walked inside. Julius spun her in his arms and kissed her. Deep and possessively. He tasted of the wine he drank and smelled of a masculine musk. As he started to break the kiss he pulled back taking her bottom lip and grazing it with his teeth.

Talia opened her heavy lids to look at Julius.

“If this is how you look being kissed, I can’t wait for the rest.”

Thinking went out the window. She wanted Julius in the worse way and tonight she can finally have him.

She walked him to her bedroom. It was the color of terracotta. The furniture went well with her scheme she thought. When she turned to Juluis he was not looking at the décor. His full attention was on her.

“I just need a second.” she whispered.

Julius nodded and went to sit on the bed. Talia ran to the bathroom and made sure every part of her was pleasant to the taste. She took more than a second but Julius did not seem to mind.

He held out his hand and she went to him. He pulled her down on the soft bed and began an onslaught of kisses on her neck. His large hand caressed and squeezed her breast over her cloths.

Talia opened his shirt  to feel his bare skin with her hands, then her lips followed. Taking his harden nipple into her mouth. She was a quiet lover she had been told but she was savoring the taste of Julius and he heard by her moans.

He lifted off her so she could remove her shoes, placing a kiss on each ankle. Then he reached for her skirt and slowly pulled it off revealing that Talia had completely shaved her tempting pussy.

Talia watched as he looked at her, trying to keep things to memory. He took his fingers and spread her moistened lips apart.

He entered her with a finger and she closed her eyes feeling and enjoying, the ease of how he entered her and withdrew.

Talia pried them open to watch Julius. He took his finger out and placed it in his mouth     sucking and making her wish his lips would be where his finger just left.

“Take off your top,let me see all of you.”

Talia removed her top and Julius reached for her pleading, ripened nipple. Caressing it with his thumb. Causing slight goose bumps to appear. Leaning over he took that eager bud into his mouth and suckled it as if he was trying to suck her very essence through it.

He released it and paid the other the same omage as the first. Talia moaned and almost purred in sexual bliss. She felt when he attempted to push his thick mushroomed head dick into her slick watered channel. She lifted a little to give him better access and Oh did he have better access.

Julius watched as she accepted him inside. Talia was grinding against him as he entered. He loved the way their bodies looked connected and he was getting off by the loud moans Talia was giving.

Talia felt a glorious build start and Julius took his queue to increase his pace. He felt as if he had a bulls eye he created inside that he hit continuously without easing the intensity.

“Oh, oh…… Julius.” Talia screamed and arched as she came in waves. Julius entered her once, twice and released his seed into her as he watched Talia come down from her high.

Talia eye’s fluttered open as her breathing continued to be labored and her pussy ached from the memory of Julius visit.

Julius pulled out and discarded the used condom in a small trash basket she had in her bed room. He leaned over and kissed her deeply, yet softly.

“Talia you are so addictive. I need to leave now.”

“Why? We just shared something that was incredible.”

“It was incredible. But if I stay we will end up having sex again and I can not hold my self back twice.”

“You did not enjoy it?” She looked with a confused look on her face

“Don’t look like that. I enjoyed it immensely and if it is the last time we ever be together then it’s a memory that will haunt me deliciously. But I should really leave. I’ll call you later today.”

He tenderly kissed her on her neck and proceeded to get his cloths and leave.

‘What just happen? I really don’t get him at all’. She thought as she turned over and silently cried into her pillow.

(Hey fire starters I hope your enjoying Talia and Julius. If you want to keep up to date with my posts. Follow and I appreciate comments and likes. Who doesn’t?)