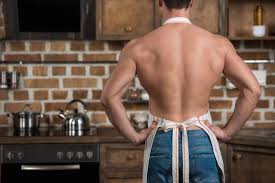 Talia could not shake what happened between her and Julius. It did hurt that he left her after experiencing one of the most intense sexual encounters she’s ever had. Maybe it was because he could see right through her and she felt like she could let go around him.

The whole thing was just a jumbled mess in her head. She decided she would speak to him about it. She didn’t want to put stress on a situation before they even became a situation. That was another thing. Should she see this further? The sex was great but he did say he wanted more. Is it in her to do more, rather give a part of herself that will leave her exposed and vulnerable with no guarantee of where this is headed.

She decided she would not beat herself up with these thoughts and go for a run. After she will send him a message that they needed to talk, today. One way or another she had to know where this is leading or ending.

It was one in the afternoon before Talia decided to contact Julius. She sent the message through her phone and did not have to wait long for a response.

(Julius we need to talk.)

(I am free this evening. Would you like to come to my place?)

(That’s fine. I’m sending you my address. See you later.)

That was the jest of the phone message. No real feeling just a quick send and receive. Talia decided she would wear a loose top, comfy jeans with sneaker. She thought that if this were to be the end, then she was not going to get dressed up and look like an eager fool for a man who may not want her.

It was six o one when the cab arrived in front of his brown stone home. She thought he lived in the city. As she walked up the steps to his home, she mentally gave her self a pep talk.

‘You got this. If he don’t want what you got then he doesn’t deserve it.’

She reached the door and pressed the bell waiting for him to answer. She heard foot steps rushing towards the door. The door was pulled open and Julius was wearing a white apron, no shirt, jeans  and no shoes. He smiled showing the biggest dimples on his smiling face and his eye seemed to be dancing with excitement.

Talia just watched as he rushed back inside leaving her to close the door and go find him. His home was beautifully furnished. It looked like one of the designers on the home network put it together. She heard a mumbled sound coming from the kitchen. As she approached he was pulling out something from the oven and placing it on his island counter.

“I hope you like egg plant lasagna.” He said looking at her.

“I never had it before.”

“Great then I have nobody to compete with.”

Talia could not help but smile from the comment.

“Can you grab those glasses over there above the sink. We can go to the dinning room to eat.”

The dinner was delicious. it was a nice feeling to be in his presence, without feeling she was on the witness stand all the time.

“So what’s on your mind Talia?”

She thought that too soon. She pushed her plate away and took a sip of wine.

“Last night you left and I still did not get why? You said that you would not be able to hold your self back. I didn’t think you were.”

Julius smiled and drank some of his wine.

“Talia like I said last night. I truly enjoyed my self but I was holding my self back. I would never lie to you.”

“Then what else would you have wanted that you think I would not approve of?”

“This is where I think we should talk seriously about us. I am strongly attracted to you.”

‘Here it goes he’s going to call this thing off.’ she thought.

“But before we go any further, I know there are things we should have on the table. Like how many lover’s have you had in your life? Have you ever been tested and what would you not stand for in a monogamous relationship? Your deal breaker so to speak.”

Wow again he’s full of surprises and waiting for an answer. She took another sip of wine and looked him straight in the eyes and answered, “I have had seven lovers. Really two the other’s were a convenience. I have been tested and I am cleared of all Std’s. What would be a deal breaker is unfaithfulness. I can not do that. How about you.”

Julius replied,” I have had ten lover’s and seven of convenience as you so nicely put it. I have been tested and is also cleared  of all Std’s. My deal breaker is honesty and respect. Now that we have that out of the way, here is the proposition. I want a relationship with you but I can not be anybody else than who I am.”

What did that mean? Talia had a questioning look on her face.

“I’ll explain. I am into the scene. I am a Dom so you would be my sub. You will behave as you normally do to every one else but me. Once we are together, we will fall into our roles. I will not visit you at work because, they will question why you behave differently around me. I would love to take you with me to my events, but I will keep in mind that you are employed and that is important to you.

There are rules and for every rule that is broken there is a punishment. I love pleasure. I also like things on the riskier side sexually. Last night I did hold back, but that does not mean I did not enjoy myself.”

This was a lot to take in. Julius did not hold anything back. Talia was out of wine and her chest felt a bit constricted.

“I am not an abuser. My punishment tend to lean in a sexual manner. This is a lot to take in, but I do not want any misunderstandings between us. You will belong to me and I to you. I will take care you your needs as I deem fit. I do not like lies or holding back on how you feel about something if I ask. That  definatly would deem a punishment.”

“So you want to control me?”

“In a sense yes. But I know you can handle it. This would be something that would go against your grain. I’ve watched you and you are very strong willed. If you make mind up to do something you do it. You can do this. If you want me. Other wise we can remain friends.”

“Not friends with benefits?”

This is a lot to absorb. Her head was spinning. Did she want someone that badly?

Julius smiled. “You mean, I’m not enough?” He laughed.” I am completely yours. I will treat you as woman, my woman should be treated at all times. You will be my lover in all ways. That is better shown than said.”

“Your friends wore things to show they were taken. Am I going to have to wear something?”

“Yes, but that won’t be revealed until you agree and sign papers of your agreement.”

“Yes, there are papers, that are drawn up if you agree to what I am proposing to you. I am throwing allot at you. I will give your time to think. I will call a cab to get you home. When you decide, if you want this, just call me. Yes or no, please call me.”

Julius cleared the plates and called the cab. Talia sat there seriously thinking of everything that was discussed. The cab came and as she turned towards him for a kiss , he kissed her cheek. He took his thumb and glided it across her moist lips from the wine.

“The next time we kiss, it will be from me claiming you Talia. I’ll wait for your answer.” he said then he walked her to the cab.

So fire starters. The offer has been made. Would you sign it? Should she sign it? Respect, trust and honesty seems to be the theme.