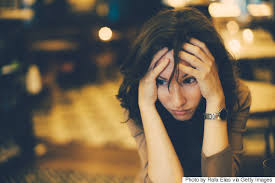 Talia and Julius relationship has grown over the past few months. The role as sub became second nature to Talia. She spent every night with Julius unless he was on a book tour. On those occasions she would schedule a cooking class at the local school.
Each time Julius returned she would surprise him with a new dish she mastered. Julius showed his appreciation to his pet with gifts and the much-needed D/s session. (Needed on both sides)
Julius and Talia went out to spend some time with their friends at the club and “Chea” walked in.
“Talia so how has it been? Your being Julius pet and all.”
“I love it. Once I really let go of what I thought it would be like. Things seemed to fall into place for me.”
The music was pounding so hard she felt the vibrations through the floor boards. Talia noticed as Luisa was just about to take another sip of her drink she stopped. Staring towards the dance floor. Talia searched for were her sights were locked on.
A tall, slender woman wearing a beautifully fit cat suit was dancing up close and personal.
“Who is she?”
The guys stopped talking and looked out on the dance floor. Talia looked at all of them and no one said a word.
“That’s Chea.” Julius stated and took a sip of his black Russian.
“Chea?” Talia asked the groups and still everyone fell silent.
“She my ex. Let’s go Talia.” Julius stood and waited for Talia to grab her purse, so they could leave but it was not fast enough.
“Hello Julius. Your leaving without coming to see me first?”
“Hello Chea.”
“Oh so were saying Chea now?”
Talia felt lost. Wasn’t she his ex. What should he call her?”
“Those days are long gone. Now we are going. Sorry to leave, guys. we will catch up another time.”
They all nodded, except Luisa. She seemed to be pissed off for some reason.
“We?” The brunette named Chea asked.
Julius took a deep breath and held Talia’s hand. “Talia this is Chea. Chea this is Talia.”
“She’s adorable Julius. Is she fully trained yet? Do you need so assistance?”
Julius pulled Talia behind as he stormed out of the club. Talia had a million and one questions she needed answered. She’ll wait until they got back to Julius place before she asked them though. Judging by the hard look on his face and the grinding of his teeth. Now was not the right time to talk.
********************************************************************************
They walked into his place and Julius slammed the door behind them. He went over to his bar in the living room and poured himself a vodka straight.
“Talia before I allow you to speak freely, I want to clear up a few things. Please sit. I don’t want you standing there.”
Why didn’t he want her to stand there? This was going to be bad news.
“Chea is my ex as I said before. She was not a sub. She was my dominant.”
He stopped and took a swig of his drink and looked at Talia’s face to see if she was understanding where this was going.
“Not only was she my dominant, she was my fiancé.”
There it was. The look he was waiting for. The realization that your dominant was fully invested in spending his life with another woman.
He took another swallow and prepared himself for the onslaught.
“Talia speak, say what you need to.”
“When?”
That was all she said. He waited for other words to join the single syllable.
“Talia you have to say more than just when.”
“When did this happen? When did it end? When were you going to tell me? When did you realize that it’s a shitty thing to hold from me? When?”
Okay, Julius preferred the one syllable instead of what was unleashed.
This happened over three years ago. We were together for five years and I asked her to marry me. She agreed and then she left. I am sorry I did not tell you about her, but I never thought I would see her again.
“So if you never seen her. I would never know about her?”
“No,no,no pet. I would have told you. I just was not ready to divulge it as yet.”
“Why?”
“Another one syllable.”
“Why were you not ready? Are you still in love with your ex dom?”
“I am not in love with her.”
Talia looked at the anger sketched a crossed his face. “No, your not in love, but you love her never the less.”
Talia stood up, walked out the living room and out the door. she had leased a car so she did not need to call a cab and thank god she did. She needed to get away from Julius.
As she turned the car on. She noticed a shadow on the wheel. She rolled the window down a touch to hear what he had to say.
“Talia don’t leave. I should have said something. That was my fault. I am not in love with her. But your right there are things I will love about her. Come inside pet so we can talk.”
“Not this time Sir. I need space.” She said as she gripped the wheel to the car. She needed to get away from him to think. She didn’t need the group, who she needed was Maggie.
(Hello my fire starters. I am so sorry for the long wait for another excerpt. There will only be three more excerpts of Talia truth revealed. So keep your eyes peeled for what’s to come. All Comments and Likes are welcomed. Tell a friend word of mouth is great. Until next time. Keep it burning)

I do not own the rights to photo. google stock pics.