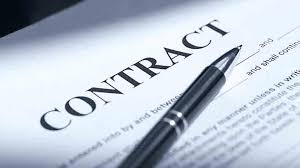 Monday and Tuesday went by without a hitch. No one complained about Talia’s mood since she’s back to her same old self. The one thing that was a bit off was Maggie. She didn’t come in for a couple of days and when she tried calling her, she didn’t answer.

Maybe Mitch took her away for a couple of days unexpectedly. That didn’t sound like Mitch even to her. So she decided to go to her place after work, to see what was up. At least she didn’t have to think of Julius and the contract for a couple of hours.

Maggie lived near the ocean front. The houses there held about three family per unit. She lived on Maple Drive a house furthest out-of-the-way. Luckily she drives because public transportation is terrible out here.

Tala notice her car sitting in the drive way. ‘Why is she not answering my calls?’ she thought. She walked up to the door and pressed the bell. She waited for a proximity two minutes before Maggie answered the door smelling like some bar that held drunk’s in it to many days.

“He left Talia. Just up and left. He didn’t even wait till I was home on Friday. He left while I was at work. Worst yet he moved over seas. can you believe this shit?” Maggie slurred as they walked into her apartment.

Talia sat her down and looked at the place. It looked like she broke everything she could find that was his.

“Maggie just lay down and I’ll help you.”

“You can’t help, nobody can help. I’m alone once again and your throwing your opportunity to have someone love you away. What at pair we are.” Maggie said as she nodded off on the couch.

It took Talia close to three hours to get Maggie’s place back in order. She made black coffee for her and made her drink two. Then take two extra strength Tylenol to help with her head.

Talia waited until Maggie was clear enough to tell her what happened. Mitch left to go to Europe for a new job. He didn’t see the need to carry the relationship on because it wasn’t working out anyway. Maggie chuckled a little.

“You know he’s right. Why did I care anyway?”

“Because you’re a loving person and you want that in return. Nothing wrong with that.”

“Enough about me and nobody. How’s things with Julius?”

“Then no but’s. Just go with it. What ever it is I’m pretty sure it can be worked out. If he treats you well and makes you happy and in the end loves you. Then you have it made.” Maggie said as she sipped more coffee.

“But he pushes my button’s.”

“Good. Shit let him push away. He had the guts to tell you something I couldn’t. You need that. Are you afraid you can’t give him what he wants?”

Maggie looked at Talia watching her reaction to the question.

“Listen you don’t know what your capable of if you don’t try. You never know he might be your happy ever after.”

‘Yeah if she only knew that the prince had some special needs.’ Talia thought

She left Maggie’s place at ten . She decided that she is going to decide yes or no that night.

Talia sat in front of two list that said all the reason why she should not go through with it and why she should.  The shouldn’t ,had a substantial amount. The should’s, had three. She had made up her mind.

She called Julius and waited for him to answer,

“Hello Talia. How are you tonight.”

“Why did he have to sound so smooth. Oh, it’s so helping his cause .”

“I have come to the decision that on paper. this is not a fit. But I want to see how this goes between us so yes, Julius I will yours. ”

Julius could not help laughing at her decision. She is exactly what he wanted. Now to show her, that he is what she needed.

“Talia I will pick you up Friday night at seven. We will put the pen to paper and finalize every thing.”

“Your making this sound so cold.” Talia said with an uncertain tone in her voice.

“Oh no. Friday will be far from cold. Oh and pack to stay until Sunday.” He told her.

“She was excited and nervous rolled into one. “Goodnight Julius. ” she said

So we have entered the true relationship of Talia and Julius. Will it last? Or will it all go up in smoke. Let’s see. I love your feedback and like’s. So hit that star button and show some love. Till next we meet fire starters.