The call of Dhampir chpt4 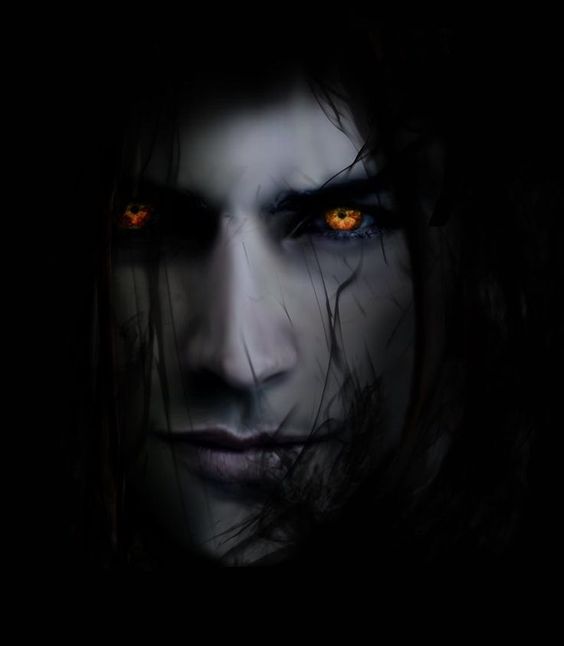 Makalo felt the shift in the house when Abella returned. He was in his library sitting on his ninetieth century throne when the shift occurred.

He put down his memoir of his life two centuries ago and rose from his comfort to greet his absent mate. He could have waited until she fully recovered from the ordeal she had to endure, but why she he? There was no love between them that he had to show such compassion.

He went to her chamber to be met face to face with her trusted guard who seemed a bit (ashined) himself.

“the guard bowed and answered, ” No my prince.”

“That is alright. You may leave and feed. I do not seem to recall your name?”

“I am Artimus Cello, my prince.”

He nodded with understanding and walked past him opening the door to her chamber. Abella was laid out straight with her dark chestnut hair around her. Her pallor was grey and yet he felt no compassion towards her.

Abella slowly opened her eye’s to the prince’s command.

“I hear that you visited the ancient to get some information.”

Abella tried her best to sit up but her body felt heavy from the lack of blood.

“was the price you paid equivalent to the information you received?”

She cast her eye’s down, knowing he knew the ordeal she went through.

“I should ignite the damn parchment. You gave yourself to what we consider an unclean ancient to kill my offspring. Yes I know what you retrieved.”

“Why should you car who I give myself too. You have not visited my bed in centuries. Instead you go to the cattle. Why punish me over something you are not interested in.”

“You are correct. I will never go to your bed. By law your infidelity is enough for me to kill you, but I gave my word to your father I would not.”

“You wont burn the parchment will you.”

Makalo looked at his mate with a look of pure anger and disgust.

“I will not burn the parchment. I will let things go as written.”

Adella kept her eye’s casted down as she whispered,” What have I ever done to you to hate me so much?”

“You really want that answer?”

“You were created.” He turned around and walk toward the door. “I will allow this transgression once. Do you understand?”

“Yes” she whispered with her head still bowed. She would have shed tears if she was not drained.

I feel as if I have not given you the necessary back ground information on the mating of Makalo and Abella. That story needs it’s own blog to give you the complete synopsis. But I will tell you that the mating of the two was arranged and enforced by the former Prince Lacume. He wanted a unification of the second strongest vampire nests in the world. Makalo had his sights on Nikila. Abella’s youngest sister. They had met secretly and planned to make the announcement of their mating. Abella found out and secretly planned the death of her youngest sister, Makalo’s first and only love.

Adorjan walked endlessly in the woods around the small towns. Making sure not to go onto property and spooking the animals.

He slept sparingly. He did not need much sleep as his sire but he also did not sleep as much as his mother. He ate what he trapped and cooked the meat. Never well done just a slight char to give it flavor.

When he did sleep he rarely dreamed. Unfortunately, tonight was not one of them. He was walking down what looked like a dark hall. At the end of the hall was a small glass floating in the center of a square room.

The light that was being cast was from a candle at the far left of the room. H walked up to the bowl and inside was a clear order less fluid. He took it and drank. Instantly is insides burned and his eyes bled.

Adorjan woke with a start. He knew that was a foreboding as his yaya would say. He made a note to remember the dream. His life may depend on it.

So my Fire starters are you hooked? I hope your enjoying it so far. Please like and comment. fia xoxox