The call of the Dhampir Chpt.2 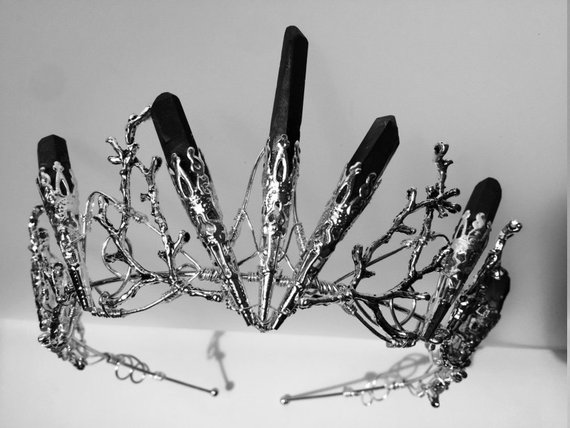 As the ominous yet memorable heel struck the marbled floor. Alerted to all the  trusted high guard has returned. All shutter in his presence since he carries out the orders of immortal Abella. The mate of the immortal Prince Makalo.

Abella considered herself to be the queen of their kind. A following in the suit of royalty she wore a crown decorated with pure onyx stones. Her gown was made to emphasize a sultry physic. If she turned a certain way you would catch a glimpse of forbidden flesh. Whether it be above or below the waist. She stood tall on stilts specially made for her feet. Stories went through the hall of her turning. How she seduced whom ever crossed her path, then killed them for the sport of it.

Over the years the coven had learned not to notice the dealings that went on with Abella. The prince only tolerated her countless centuries for a reason that must have been written down in the ancient achieves. If you ask a fledgling why are they together the look that is expressed in their dead eyes said, ” I have no idea.”

The prince spends his time traveling and enjoying what the world had to offer. And with his indulgence he had sired two children. One that was made with a human and the second created by another vampire. Both mother’s met their demise by Abella’s hand. The child created by the female vampire was taken and raised by her. The other child was being protected.

She had her suspicion who was protecting him but she had no proof.

“Your eminence.” The guard said as he bowed his head in respect.

“So what is the abomination up to now?” She asked as she looked out into the night sky from her exquisitely decorated throne.

“He has left the cottage in the woods. He seems to beheading north. What would you like to be done?”

“What I would like is his life to end and his body to return to ash. That is impossible at the moment. Have you received any word how to break the enchantment that surrounds him?” She asked and shifted in her seat.

“I was told that somewhere in the archive it is written what could possibly be protecting this dhampir life.”

“Why do you not have the parchment that it was written on?”

“The achieves are protected by an ancient. I cannot ask admittance without loosing my life. But you can eminence.” He informed her with his head still bowed.

“Yes, the most they would require is use of your body and blood. They dear not kill you.”

Abella’s hate for the Dhampir had a hold on her so deep that she was willing to do anything to destroy all evidence of the thing. It was one thing to sire out side of their joining but to create a Dhampir is going against nature itself.

There was a few hours left of night and Abella needed to get the information on how to break the enchantment on the Dhampir.

The ancient scrolls were kept in the hidden lair, in the dark forest. Light was not capable of penetrating the darkness. The air was cold and would bother a mortals lungs but for her it was as soothing as creamy dark chocolate.

Her guard followed close behind. The coven dear not speak of her departure from the premises to the prince, if he felt so beholden to return.

As they walked up to the ancient dwelling they felt the power that was imitating from it. The door open by it’s own accord and a figure stood in the center of the doorway.

“Abella Dumont daughter and heir to Count Dumont. Died and returned in 1819. Mate to Prince Makalo. What brings you to the house of illumination?”

“I require an audience with you. I understand that you house the information on breaking a protective shield on a Dhampir.”

“An abomination. Yes I recall it.”

“May I see the parchment?”

“What is your price, ancient?” She said with conviction.

“You for the day. Your blood and body that houses the precious liquid.”

“Do you not fear the penalty of taking me to bed?”

“You will  pay the price of this indiscretion, not I.”

Abella stood there and contemplated on what he said. Was it worth her life to kill this blithe on vampire kind? the more she thought the angrier she became.

“Guard keep watch until I return. Warn me if anything out of the ordinary occurs.”

She walked towards the ancient that was shroud in a vail of illusion. She did not care what was in store for her as long as the Dhampir named Adojan was removed from the face of the earth.

Once inside, the thick tomb door closed behind them. He led the way through darkness to a room light buy pillared candles.

“Are you not afraid to burn the ancient writings?”

“No the wall are way to slick and cool from the earth. It will not be able to travel to the writings. Enough talking. Remove the layers of clothing on your body and lay on the bed.”

Abella looked at the bed covered with red and gold cloths. She removed her clothing and……..

(So my fire starters are you intrigued? If you like what you are reading so far like and comment. Until next time keep the candles burning. Fia xoxox)