The call of the Dhampir chpt 5 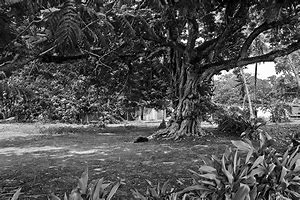 Adorjan had waken to complete darkness. The wooded creatures were very vocal and their was not odd feeling that something was a miss as he slept. He decided that he should make his way to the shore that night. It was just a few hours away and he knew he had to cross the water’s to get to his destination.

The little water town of Atal was celebrating the big catch the ships had brought in. There was music and dancing where ever you turned. Adorjan made his way to one of the boats that was docked and noticed a young man tieing the boat to a large tree pole.

“Excuse me, can you tell me if I can purchase a ride across the sea.”

The young man laughed and did not bother to turn around. “Why go across the sea? Tonight is the night to be frivolous and be at ease.”

“I can see that and I am willing to wait until the morning.”

The young man turned around and he held a smile on his face that could convince any young woman of innocence as he proceed to convince them to do anything but innocent things.

“I have not seen you in Atal before. Are you visiting family or did you make a mistake and listen to those old drunkards and they convinced you to come and make your fortune on the sea?”

Adorjan could not help but smile at the young man asking him questions.

“Since you seem so interested. I lived off the town of Newer Town and I have decided to make a life for myself across the sea. Now can you direct me to the captain of the boat so I can purchase a ride?”

“I tell you what. Tonight there is no moon in the sky and no self-respecting sailor will go out on such a night. Since you say you will wait until morning you might as well wait with me.”

“But you still have not given me the name of the captain of the boat.”

“I did not. My name is Binx Jewel and this is my boat. You may come across another young man who looks similar to me his name is Bijoux. He is my younger brother by just a hair or two. As for the fee, I will mull it over as the night goes on. What say you?”

Adojan was not eager to mingle with people. His fear of being found out was bothering him greatly but he had to learn to fit in if he was going across to sea.

“So sorry, My name is Adorjan Szabo.”

Brinx slapped Adorjan on the back and lead him into the town.

The night had stretched into the morning. One by one the people of the town Atal went into their homes for the rest of the night.

Brinx went off with a red-headed young woman over hour ago and Adorjan decided to sit under an old tree, a little away from everyone and get some rest.

“Is there something wrong with you?”

Adorjan stood up quickly to see were the voice was coming from.

“Who said I am hiding? You just have not seen me as yet. Look up into the tree you were about to sleep under.”

There was a young woman laying on a branch. Her face was hidden by the darkness.

“The world is my home and this branch as long as it holds is my bed. What is your reason ,why are you not in for the night? Is there something wrong with you?”

“Every young man has found a young woman to bed for the night. Yet you sleep alone under the stars.”

“Well since your up in the tree were I am about to sleep under. Who said I am alone.?”

“Quick wit.” She said as it sounded as if she was smiling, since he could not see her face.

“I’m Adorjan and your name is?”

The dawn came quick but not quick enough for Adorjan he was ready to cross the sea. He heard when the young woman climbed down and ran off towards one of the homes. He pretended to be asleep since she did not want to be seen.

He walked up to the boat Brinx had tied up and seen him walking around it looking at all the ropes that tied the long sheet to the pole.

“Good morning Brinx. I see that the red-head did not keep longer than the night.

Brinx looked at him as if he had two heads.

“My apologies. You must be Bijoux. I had purchased a ride across the sea from your brother.”

“I see and how much did he charge?”

“He did not name the price as yet. Can you tell me how much it would be?”

“Ten seems a bit steep, but here you are.”

Out of nowhere a voice said,” Keep your money. We are going to the city anyway. Just help when we need it and that will pay for your trip.”

Brinx climbed aboard and walked pass his brother.

“Brinx, that is why we make next to nothing. We need to charge.”

“Bijou he has next to nothing to his name.If we do good then good things will come back to us.,”

Adorjan could not tell them apart visually but their personalities shown their true colors. Either way he had his ride and his quest was on its way.

In the shadow of the tree he slept under, the young woman who slept on the branch kept watch. She was to report to the prince of his son’s were abuts. She was not a vampire or slave.

She did what she was asked because a promise she had given to the prince a very long time ago and she always keeps a promise.

Makalo received word that Adorjan had booked passage to the city. He could not help him or the rest of the vampire nests will see it as a weakness. But he will keep track of his progress.

He had to be the chosen. He had to live.

So my fire starters Adorjan is on the move across the sea. What is he chosen to be? Isn’t he an abomination? If you like it so far hit like and tell a friend. It’s a great compliment.