The call of the Dhampir chpt6 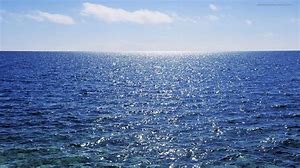 The sun was shining but the rays were being its deceptive cohort. There was a chill on the sea as the men road the waves to the city.

“So Adorjan you have never been to the city and I feel it is my duty to give you some insightful tips on how to stay afloat.”

“Oh shut up Brinx. He is a grown man, he can handle himself.”

“Bijou you must help him learn the financial part as I teach him about the in’s and out’s. I will start.” Brinx said as he sat next to Adorjan.

“Once you hist dry land you will feel a wave come over you. Not a normal wave but a wave of greed, lust and any sin that comes to mind. The city is the playing ground for the ambitious businessmen. These people will know of your lack of experience. It’s like radar and they will try to exploit you. So you must school that innocent look on your face.”

Adorjan touched his face and he felt the shadow of a beard but he did not feel innocent.

“Your eye’s. Your eye’s show your innocents. You should try to scowl as much as you can and your size will help clear the path of miscreants.” Brinx said as he looked seriously into his eyes

“Since my brother insists that  I teach you to finance, I will give you advice that will help. Never tell anyone how much you have on your person. There are ears everywhere and those ears have empty pockets and a drive to fill them. There are dark alleys that I advise for you to stay out of. Ladies of the night tend to do business in those alleys. If you chose to venture there keep in mind that many of them are unclean and carry illnesses that are incurable.”

Adorjan looked at bijou with wonder on his face. His yaya told him many things but she had left out illnesses that can not be cured.

“Yes so you should keep that little man in your trousers. You get my drift?”

“If your looking for work go the factories. There should be something there you can do until you increase your personal income.”

The twins looked at each other and mirrored each other’s smile.

“Adorjan you never did tell us why you are venturing out into to the city,” Bijou asked as he stirred the boat.

Adorjan thought about telling these two men the truth but it seemed that they would not understand.

“I am searching for a cousin. Last I was told she lived in the city and I must come to visit her.”

That was the best he could do. He was actually going to see his yaya’s sister. He was told by his yaya that she was still living due to a deal she made long ago. She never told him who she made the deal with.

“Well then we will reach land in an hour and the wind has changed. So gents get to it or we will go off course.” Bejou said as he turned the wheel vigorously.

The City of Mali

The city was everything the twins had said it would be. After they said their good bye’s. Adorjarn walked into the palatable wave in search for Amorisa. His grand aunt. he pulled out a crushed paper from his trousers and looked at the address one more time.

He walked half the day before he came upon a house made of red brick but was covered with vines and soot. The house had a cast iron gate and a cobblestone pathway up to the front door.

Adorjan opened the gate and there was no sound. Normally all gates made a sound even wooden ones. He shrugged it off as it is well maintained. Odd since the rest of the front wasn’t. He walked up to the door and it opened with a young child standing before him.

“Come in Adorjan. She has waited a long time to meet you.” The child said. but on closer inspection, it was not a child at all. What was she?

Adorjan followed her in and noticed the air felt a bit stifling.

“Please sit. She will be right out.”

He did as she said as his eyes took in and categorized what he was seeing.

“Adorjan, you finally made it.”

“A voice that he had not heard in ten years said behind him.” He stood and his heart hurt from stopping.

“I know I look like my sister Celestie. I am her older sister. Have a seat before you fall Adorjan.”

He did as she requested and began to breathe again as his lungs demanded.

“So before I tell you what my sister could not, why don’t we have a drink. What would you like?”

“Water would be fine.”

She looked at him with her head cocked to the side.”Fine I will have wine.”

The glasses appeared with the liquid. Amorisa raised her glass for a toast. So Adorjan did the same. The clink of the glass echoed through the house. After Amorise took a sip she sat in a resting chair before him.

Adorjan interrupted her before she could say it. “He is a vampire. I know.”

“Well, that is good. He is the prince of vampires. His name is Makalo. He sired you with your mother.”

“Let me tell it without interruption.” She took another sip.

“Your father fell in love with Nikila. But he was betrothed to her sister Abella. A terrible accident happened and Nikila had died. Makalo married Abello as arranged but he hated her with all his being. He locked himself away for years looking up ancient texts to see how his life would have some meaning to it.

Then he found that he could sire children without biting their mothers. The only thing is that the woman had to have the carrier gene. He left the tomb and went to Abella. He mated with her for a month yet no child was conceived.

He went out and found a female pureblood vampire sadduced her and she got with child. Once Abella heard about this, she killed the woman at once and took the child that was born and raised it as her own.

Again Makalo went out of the marriage and found my niece. She was so beautiful yet so sad that he granted her a wish of one night with him. He did not know she would be a carrier. Once she found out she was with child she ran to my sister and raised you there in the woods.

To protect you I visited once as my sister asked and we cast a powerful spell to hide the three of you until you were a man. Once you became of age the spell broke and Abella felt your presence. She will be out to kill you.”

This was allotted to take in.”Wait you said a spell. What are you?”

“We are the last line of Szoba gypsy’s.”

“Yes this is a lot to take in, but I have to tell you the rest. You are a Dhampir and you are going to go through the culling. Once you go through this you will be the first to create a species of the two. Abella believes your an abomination but your father knows otherwise.”

“You are going to be lead to your mate. Once the union is consumated the world as we know it will forever be changed.”

“We are all not asked if we want to live or die. It is chosen. Enough talking as you stay in my home you are protected. No one will know where you are.”

“Yes, she has been kept away from others. Abella did not want her to learn of her true mother.”

“I guess. When a woman or man loves another so deeply and can never receive that love in return it can turn a person mad.” She sipped her wine again.” Your room is upstairs to the right. Rest and we shall talk again after you process what I have told you.”

Adorjan did as she said and went to get some rest. Yet something his yaya told him.

“Stay, but do not stay longer than the night.”

“Why could he not stay at night?

So fire starters what is the deal with the night? What deal did she make? Oh man he’s half gypsy. The story continues. If you like please star it and comment all is welcome.