The call of the Dhampir 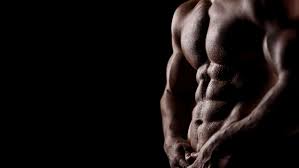 Not so long ago, my kind was feared by not only humans but the very creatures that we steam from. Vampire or the living immortals. Normally you would hear that we hide in the shadows and kill indiscriminately.

That is not who we are. We are the off spring of the blessed mortals that walk in the sun and the damned beast that roam the night. We are in that grey area that no one dare speak of. We kill when their is a need for it. Lately the need had somewhat diminished.

Our appetites are as complex as our make up. Yes we can drink blood to survive but is it necessary no. We eat and digest food just as our mortal half requires.

Before I go into why I am writing all of this. I must tell you that I fear that my life will end before I will end this account of our existence.

I will start with my name. I am called Adorjan Szabo. My mother was the daughter of the Hungarian tailor to the Czar. My father was a high immortal vampire that fell in love with the pure innocents of a young woman.

My mother stood all of 1.49 meters tall (59in). I remember she had thick brown hair, heighted by the sun, leaving a golden hue. That was not the most remarkable thing about her. What drew you in was her eye. You read correct. Her eye drew you to her. She was born with only one eye, framed with lush lashes that naturally emphasized the deep green of her iris.

My sire which I prefer to call him was tall framed. Strong looking jaw that housed lips that was so full and supple that it made you wonder if he was meant to be female. His hair was dark like on a full moon and if I remembered correctly he smelled of sweet honey suckle.

I was created on the night of Maborn, to those who do not know that would be September. I was told that it was a mutual mating and the thought of love did cross their minds once or twice, but it was fleeting. My sire took what he wanted and granted a wish that she bargain for, but before the bargain was consummated he fed from her.

Even though she was a beauty, having that one eye had put off many suitors and she felt alone. She told me when I was of age that she asked my sire to take her innocents, so she would feel what other women felt even if it was once in her life time.

He agreed to the bargain but he did not realize that she was a carrier. She was of the ancient line of mortal female that was able to carry an offspring of a vampire to term and create a Dhampir.

When my mother realized she was with child she ran off into the woods toward my grand yaya’s home. Yaya loved and cared for my mother until the day of my birth. That was the day things changed. Yaya realized I was the offspring of the undying. She wanted to spare my mother heart ache and kill me at birth but my mother pleaded for my life.

“Angyal, you will not have an easy life with the gyermek (child). He will never be part of either of our worlds why do this?” Yaya asked

My mother looked at me and said that she will have someone to love for ever. the forever lasted until her ninetieth birthday. I buried her next to Yaya in the woods on the day of my birth. As I said my good bye’s , that is when I seen it.

An image of a place that I must go. My yaya told me that some immortals have the gift of seeing images. Some may be present or the future. I believe it was a place I must travel to in the present. I packed what little I had and left my home in the woods.

Little did I know that my very existence was being observed. In the shadows I was being followed. At the time I did not notice but the time was drawing near to the “culling”. A change that all Dhampir’s go through when they reach the age of maturity.

The tracker was set upon me by Abella a name that you will get familiar to as my story unfolds. I walked through the woods avoiding the small towns as best as I could. I had learned to hide my teeth but there were times that they would hurt when a young woman would approach.

The sweet smell that came off them seemed to be amplified. My yaya told me about the acts between a  men and a women and even though I was not allowed to be near them it was not without effort to quench my desires.

One night I could hear my mother and my grandmother contemplating on paying one of the young maidens to bed me in hopes that would help. But I did not want that, so I told them very sternly that I did not want a… whore. They both turned flushed that I over heard what they had planned but conceded not go through with it.

that was over eight years ago and I do not regret my decision. What if I hurt a mortal being engulfed in lust or what if I get killed being discover by an immortal female? I will wait until I find my own kind. If any other’s were out there.

Hello my firestarters so I am starting a new story on, Dhampir’s. I hope you enjoy where this tale may lead you. Comments and likes are welcomed. Until next excerpt.