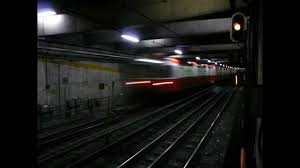 The crow cawed before the sun rose in the sky. ‘Bad omen’ was the thought that crossed my mind. Normally I wouldn’t care what time I left the house to catch the train but today was different. Today every hair on my body stood on end, my stomach felt constricted with nerves.
This was not going to be any normal day. The sun was scheduled to rise at seven fifteen. It was now seven thirty and the moon was still in the sky. Another bad omen.
I pull out my mental roller deck of prayers to make it safely to my destination.
A cab stopped in front of me. Obviously, so I would chose to take him instead of waiting for the local bus. Which by my watch was running late.
That was a third sign and yet I still headed on my way to work.
The drive to the train was uneventful. I convinced myself that I had to stop with all the superstitions. I paid my fare and ran to catch the train before it left the station.
I was just in time to squeeze in before the doors closed.
The cart looked like any other cart except for the tall man that stood at the back exit.
I felt him staring before seeing him truthfully. I tried my best to ignore him but I could not shake the feeling that he was not normal. I could not get a good look at him. He seemed to be standing exactly right so that it seemed he was in shadow.
The train made three stops before a man who was obviously living out of his shopping cart entered.
The mysterious man in the back watched the homeless man that entered. The air in the cart seemed stagnant almost thick enough to be choked by.
The train went into the tunnel and the lights went out for a few moments. No one moved or said a word. All you heard were the train rolling on the tracks and all you felt was the swaying of the cart. It was like we all knew not to move.
Once the lights returned, the homeless guy was slumped over his cart. Looking as if he fell asleep and the mysterious man was standing where he was before the lights went out.
But the air had a foul taste to it. I thought it was the normal odor from a person who had not showered in ages. That was my first thought, then a memory immerged in my mind. “Liver”.
Yes it smelled liked a bloodied liver. I glanced at the man that stood by the door and seen what no one else had noticed. The small puddle that he was standing in. It could have been water if it was raining. It could have been spilled coffee if he had any before I arrived. But I knew it was neither, I quickly turned my head and tried to focus on the movement of the train.
The man started to walk down the aisle. From the far end of the cart to the other. Passing in front of me, leaving dark red drops across my folded legs. He stood in front of the doors opposite a man with his eyes closed and nodding his head to the music he was listening too.
My heart jerked as the trained stopped and the doors opened.
The man left the cart. At that very moment the oblivious passenger that sat where he stood, realized that bloody foot prints made its way off the train.
A scream was let out by a young girl of fifteen as the homeless man fell over exposing his throat that was ripped out and gaping.
What a morning.