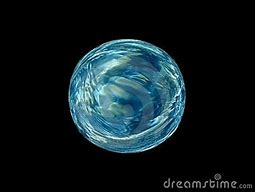 Since leaving the castle Nester could not find any magician to train him. He decided to find out what an ENOR is. He knew of a place where they kept all the books that had magical information in it was. The only thing is he heard it was enchanted and the only way to enter was by saying the right word or words.

The last magician that tried never returned. There are spells in there that even the best magician could not handle. Why would they put there then? As a torment and a reminder, that there are beings that are more powerful than you are in this world.

He walked due east to the Grove of Genar. That is where the books are being held and maybe the answer to his question.

Angelica and her uncle walked for days in the direction he has choosen. She had inquired once why were they walking the away from the palace since the goal was to avenge her parents. He uncle never answered the question. She hated to be ignored but he was also a person who did not tell you information unless he felt you needed to know.

For an hour everyday she practiced her battle magic. She noticed that her uncle stopped sparing with her. She would ask why but she knew he would not answer her any way.

As she concentrated on moving the dirt into mini tornado’s, she heard a rustle coming from the left of her. Maybe today he decided to spar. She decided to be the offence and aimed a mini tornado at him before he cleared the trees.

To her astonishment it was disintegrated before her eye’s. It wasn’t her uncle coming through the trees but a young man with intense dark eye’s.

“Who are you? Speak quickly before I forget I’m a lady and kill you.”

“Wow, you sent that my way and I am supposed to answer your questions because you’re gonna kill me? Are you practicing to be the next Queen?”

The very nerve of him comparing her to that bitch. That was it she didn’t care who he is. He was in for it.

Nester felt the air tightening around him. It almost felt as if she was putting him in a vice.

Angelica watched as his deep, dark eyes began to glow an eery red. Then the air she made steadily surround him like a tube began to dissipate and it was getting very warm. She will not lose to this stranger, so she lifted her hands and concentrated in the center of it. She gathered all the remaining moisture in the air and created a ball.

Nester was amazed at her power and it kind of turned him on by the very thing he hated the most about the queen. Her aggression. What also helped was here shirt sticking close to her body, revealing nice size nipples.

She suddenly hurled the water ball and it hit him directly between the eye’s. His thought’s caused him to delay in his defense. Then he heard it. Laughter coming from the tree’s. They were not alone.

“Enough the both of you.” Angelica’s uncle came down as if he was riding and invisible cloud.

“You have finally shown up Nester.”

Nester did not know this magician, how did he know him?

“Who are you and how do you know my name?”

“I am Ryan and this is my niece Angelica. We are heading the same direction as you are. So might as well keep us company to the Magician’s Womb.

Angelica never heard of such a place but this stranger did. She was still angry about the way he unraveled every spell she threw at him. By the way he looked at her he was kind of pissed off by the she hit him in the face with the water ball.

“Why don’t you both go cool off and come to the fire once you have cleaned up.” He walked off still laughing at the both of them.

Nester made his way back to the fire ,where Angelica was already siting and eating a bowl of hot stew.

Nester took the bowl that was offered and shoveled down it’s contents. He was starving. He ate something three days ago and it was not satisfying to say the least.

“So tell us why you seek the Womb.” Ryan asked a question he already knew the answer. But let’s see how forth coming with the truth was he.

“I had a dream telling me I was a ENOR. What that is I have no idea but I figure that I can not find someone to teach me magic I would go there to find out what that was.”

Nester nodded as he kept eating.

“An ENOR is a race that had died out over a century ago. But you say that the fire told you?”

“Yes who are your parents.”

“I don’t know. I remember waking up once behind the barn of one of the kings stables. But I can’t remember past that. I was ten I think.”

Angelica sat quite listening to what they were talking about. But she did not trust him. He was hiding something or running away from someone.

“Why are you going to the Womb?’ Nester asked as he looked at Angelica.

“I need a special spell that I hope it is in there.”

“To kill the King and Queen.” Nester stared at angelica as she said that and felt the anger that accompanied her words. “You still want to come with us?” He felt her sizing him up.

“We are going the same way. Why not?” He said to her with out breaking eye contact.

Ryan knew the two were to meet, but that was as far as his visions went. What is next for the two of them, he hoped the gods were with them.