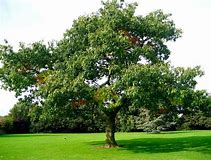 “Owch!” Angelica said as she tried to swat at a mosquito that seems to be enjoying the taste of her.

She opened her eyes to discover that she was securely tied to the tree she took a nap in, and mosquito wasn’t a mosquito at all but a wood nymph. A tiny creature that makes it home in a tree and captures unsuspecting animals to feed off their blood.

The problem is a nymph is a bit sadistic by nature. They like to play with their food.

“Oh your awake. That is just wonderful. I hate to eat alone. ”

“Release me at once.”

“My aren’t you full of spirit. Keep going it makes the blood tastes even sweeter.”

Angelica looked at him seething and the nymph just laugh, like he heard the most wonderful joke of his entire life. Which is saying allot since they live over a century.

“Now may I ask what is my dinner’s name?”

Angelica’s lip turned up in the corners from disgust of it drinking her alive. A wood nymph do not have teeth so how they eat is by make tiny precise cuts in the skin. Between fingers or toes. Little slits on the ear lobe and god forbid, if they have access to private parts it  those finger like razor slices and it’s tongue laps up the trickle of blood with at tongue like a tiny straw.

“Now why would I let you go. Should I torment myself and starve since you would like me to let you go.

As the nymph and Angelica go on with their debate about her freedom. Off in the distance a man noticed that the wood nymph, that has been a real pain in the ass, had captured its next victim. This was the perfect time to get his revenge.

He picked up a sharp stone whispered onto it and tossed it at the intended meal. The lines were cut and she fell off the branch. He was so proud of himself that he did not realize that the meal had gathered it’s things and entered the garden of spindles. Right in the direction he was in.

The wood nymph was beside himself with fury. When will be the next time for a tasty meal like that will come along. That magician that lived past the spindles was the cause of his loss and he planned to get even . He did not know how yet, but it will happen.

Being an apprentice magician in the King and Queens palace should have been the best thing in the world except for one minor thing. The Queen keeps cutting the royal magicians head off.

The amount of magic he knew was a bit natural and what he could he could remember from the departed magician.

Nester is young and in the beginning he would even say naïve. But it has been a year and a half living in the palace as the queens personal toy. At first it was exciting he was bedding the queen and he really believed she cared about him until he over heard the servants talk about how the queen was using him and in the end she will chop his head off.

So nester bought his time and learned as much magic as possible. He planned on leaving the palace that very night that she summoned him. Before he left to spend the evening with the queen he grabbed the spell-bound grapes for her to consume.

Once eaten she will drift off to sleep dreaming of them intertwined in each other as he made his escape. He worked on the spell for over a month and they were ripe and sweet for the eating.

Nester put on the garment she liked to see him in and proceeded to her chamber. He walked in to see her reclined on her bed looking off into the distance.

“My queen I have arrived.” He said then bowed.

She looked at him and looked genuinely pleased to see him.

“Why Nester you came with fruit for us to eat.”

“Yes your favorite.” He said waiting for his signal for him to approach her.

“Nester come to me and feed me. but first take off your clothing. You know how I love looking at your body.”

He hated taking his clothing off like he was a concubine and in a sence she made him that very thing. Well she will be surprised tonight when nothing happens other that what her mind conjures up.

He walked towards the queen bare and she studied his every movement as if she was ready to eat him.

“I adore the look of your body. So firm and too muscular. Your shoulder length dark hair complimenting those dark eye’s. Too bad you’re not a nobleman, some young maiden would have snatched you up.”

“I have no reason to look for another when a queen is complimenting me.” He said verbally but inside he was thinking you poor lonely woman. if she wasn’t so heartless she would look beautiful but her actions shows only ugliness.

He walked over to her trying to think of a young maiden he once had lustful thoughts about just to get his manhood to rise to the occasion. the queen seemed to be mesmerized by the growth of his member as he approached.

“I see that you are not lying when you say you are satisfied being with me.” She said with a smirk.

‘My queen may I feed you this fruit as I watch you enjoy the sweet nectar that comes from it?”

After the third grape her eyes began to flutter with heaviness and she laid back on her bed and drifted away dreaming of Nester defiling her body on every way she normally enjoys.

Nester ran for his clothing and made his way back to his chambers to collect his things. His life will be his again once he escape her clutches.