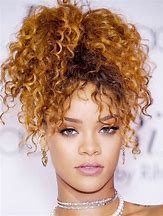 Nester walked through the dense woods to a clearing that was a couple of miles away from the castle. Not far enough from the queen but far enough that he could rest for a short time.

As he approach the house he began to recognize the structure. It was home to the royal butcher. The queen could not stand to hear the animals being slaughter. The smell made her wretch. So she assigned the cottage to the butcher and his family.

Nester was not sure he would be safe there. He decided to walk around towards the back where he had smoke house. He moved as quietly as he could as not to alert anyone on the premises he was there.

“Aye, there. Why are you skulking around our home?”

“I’m sorry just passing through. I thought I could sit for a little than be on my way.”

Nester turned towards the voice. It came from a young girl, who was dressed as a boy. Her wild hair and large clothing made her look a bit lost.

“Well my father is at the castle delivering tonight’s meats to the royal chef. You can sit over there by the  barn for a bit, then leave. If you try anything you’ll regret it.” she said then walked towards the live stock.

Nester went to where she gestured and sat down. He pulled out a water bag from his satchel and drank from it. He looked about and made note not to leave evidence that he was around.

He felt that it was the perfect time to leave. She seemed to have disappeared.

“Where are you going in such a hurry?”

“Never mind where I am going. I’ll just be off then. Thanks for the seat.”

She turned as he walked past her. She smiled when he almost tripped over his feet in a rush to leave.

“Tamra where are you girl?” A deep voice bellowed.

An older gentleman with a greying beard and shaved head walked over to her daughter carrying a dead doe over his shoulder.

“Who was in here? The smell is unfamiliar to me.”

“So guy who looks as if was running away from something.”

He gave his daughter a sharp look.

“A young man. What did he see?” He barely got out off clenched teeth.

“Nothing. He was more concerned to run than stay and snoop around.”

Her father excepted her explanation.

“Tamra if he returns I will kill him.”

“Dad if he returns I will wrap him up in a bow and serve him to you.”

He loved his daughter and how she was becoming more and more like him. He felt a bit uneasy lately. The time for her to leave and prove herself was drawing near and he would not be able to handle if anything ever happened to her. He lost his love, Mara. To love their daughter will be the death of him.

Her eye’s and smile were her mother’s but her boyish stance came from him.

“Come let’s clean up the doe and have a feast. The other’s will arrive in tomorrow and I want you well fed.

Tamra loved the concern her father had for her but she can take care of her self and once she proves it her life would be much freer. Maybe just maybe she may crossed paths with the guy who ran off.